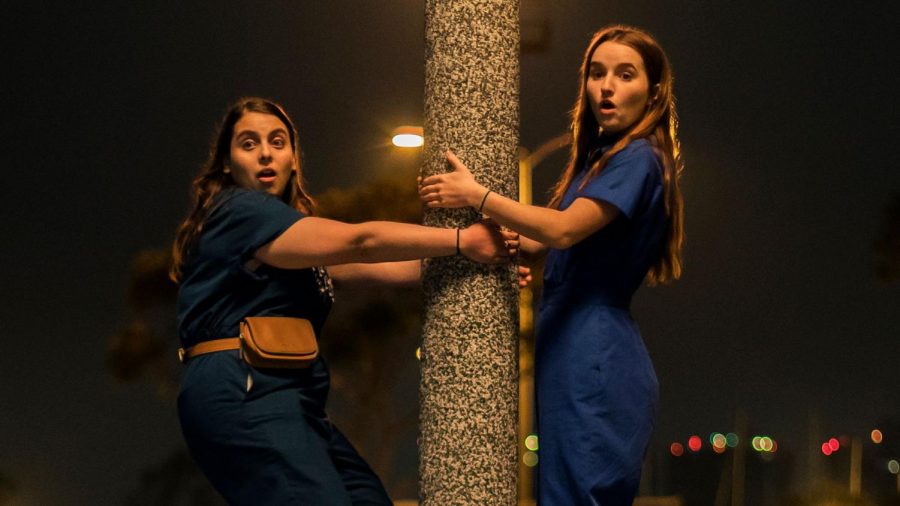 Few films manage to capture the intricacies and emotion of friendship between women in a way that feels accurate. Far too often, movies featuring two female leads focus on the competition between women rather than friendship. And even less often, does a film about two high school best friends convey the love and loss that comes with growing up. “Booksmart,” Olivia Wilde’s feature directorial debut, authentically encapsulates the first real love many of us experience: your high school best friend.

Molly (Beanie Feldstein) and Amy (Kaitlyn Denver) are partners in crime. Throughout high school, they’ve decided to focus on school and getting into their top college choices rather than get preoccupied with partying. However, even as Molly is bound for Yale and Amy is taking a gap year to volunteer in Botswana before heading to Columbia, the girls feel like they missed out. In an epic attempt at redemption, Molly and Amy decide the night before their graduation that they will go party and do everything they wished they had done.

This film could have easily fallen victim to the cliches and tropes of other coming of age comedies. However, Wilde says the heart of the film is not “two nerdy girls who just want to dress up like popular girls and somehow bag the popular guy. It’s a story about the friendship between two young girls, which for most women at that age, is their first intimate relationship before they move on into adulthood.” The chemistry between Molly and Amy captures this intimacy perfectly, as they finish each other’s sentences, support one another through thick and thin, and make one another laugh like no one else can.  But the film also does a wonderful job conveying the more difficult parts of friendship, especially as the two girls are about to leave for college. “It’s also a break-up movie because these girls have to say goodbye to each other,” adds Wilde. “They have become almost one living, breathing being, and now it’s time for them to separate and set forth on their own journey.”

The sincerity of the portrayal of high school best friends is the glue that holds the film together, yet the film also updates the genre of teen comedies in a way that will resonate with many young audiences. Molly and Amy are activists, feminists, and are angry with injustices they see in the world. When they give each other pep talks, they always talk about the obstacles many of the world’s greatest female leaders had to go through to get to where they are. The girls represent what it’s really like to be a young person in 2019 during a time where young people are becoming more accepting, motivated, and willing to make difference.

Several queer characters are also present in the film, including Amy, and are portrayed in a way that isn’t tokenizing or relying on stereotypes. Many films that feature a lesbian lead default to a coming out story, but the film does an amazing job addressing Amy’s sexuality and normalizing it. In fact, the themes of sexuality in the film are more about the exploration of sex and the awkwardness that accompanies it, rather than defining one’s sexual orientation. It’s refreshing to see a film where a character’s queer identity isn’t their only personality trait and isn’t the foundation of the plot.

Writer, Katie Silberman, and Wilde put in a tremendous amount of effort to make this film feel authentic to high school audiences: travelling to high schools, talking with young people, and allowing the actors to rely less on the script and more on the roles they were playing. The candid and unfiltered expression of being a teenager is what makes the film compelling and fun to watch. “Booksmart” is set to release May 24, but a free advance screening of the film is coming up on Thursday, April 18, 7PM at AMC Boston Common. If you’re heading to see “Booksmart,” just be sure to bring your best friend along for the ride.

To reserve a seat for the April 18 screening, click here.