“I bought Plan B” 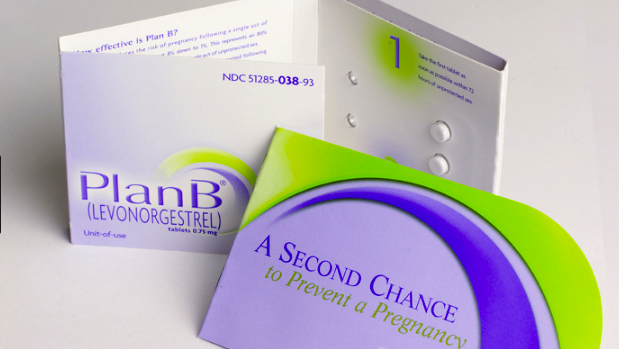 The conversation was admittedly unsettling. We made love when we held hands, but never anything in comparison to you knowingly putting me in a position of powerless fear by not using protection; admittingly consensual. When you left later that night, I mulled over taking my chances, or rummaging up the 60 dollars as a double protection against running around chasing a mini-me in 9 months time. If it were to be a girl, I’d have named her Dakota, but he said I wasn’t allowed to talk to him like that.

I bought Plan B. I used self checkout so the men working the late shift at Target wouldn’t know I was hurting inside. Embarrassed to even show my face to the security camera, infuriated with the concept of emergency contraception for the stiff price of 60 dollars. The stigma repulsing. The price discriminating. The side effects soon to be unbearable. Nowhere on the dense packaging did it mention a possible disturbance to my menstrual cycle for the rest of my life. Only in the tiniest of prints written on the inside of the box where nobody could read, did it say there was chance of becoming permanently infertile (I only know this after extensive research on their lack-luster website).

In a world so masculinized, it makes sense why the options for women are so limited. It was easy for him to tell me the decision was simple. Sixty dollars now saved me from 1,200 dollars down the road, inside a dark clinic filled with flowers of misery and pain. “My dad would kill me,” he bantered; his excuse for an emotionless desire of abortion. Don’t let that fool you though, he is a loving man. One who cares deeply about my well being, one who knows what’s best for me, so he believes.

After a few days apart from my boyfriend, and some time online, I discovered that the scientifically proven risks of levonorgestrel (one of the main active ingredients in Plan B) are serious conditions such as depression, gallbladder disease, ectopic pregnancy, and even death. Only upon taking Plan B do I even know what ectopic pregnancy is: the creation of a human outside the uterus, which proves seriously harmful to the child as well as the mother.

In 2004, the Population Research Institution (PRI) released an article called The Dangers Of The Morning After Pill/Taking Plan B Too Much. The article is filled with referrals to scholarly workups, well known colleges, and represented organizations. Centered around the negative effects of the drug, the article begins by blatantly stating “as the evidence shows, these efforts are motivated by ideology and profit, not by the concern for the health and wellbeing of women.” In addition, the World Health Organization (WHO) showed concern towards “post-coital contraception” due to the “high incident of cycle disturbances.” The risks ignored are extensive. Including all that I mentioned in the previous paragraph (depression, ectopic pregnancy, death), diseases such as ovarian cyst enlargement, high blood pressure, and significant weight gain are all very real and possible. In some women, these side effects could develop into further health risks such as bulimia, anorexia, and clinical depression. Although concern and awareness continues to rise in the United States around emergency contraceptives, the International Consortium stated that women should feel safe using it as often as they need, with no logical or factual backup. In Albania, the PRI even quoted a clinic director who said “use it every time you have sexual intercourse,” aimed to the audience of teenagers. The article ends with a warning against the approval by the Federal Drug Association to bring emergency contraception drugs over the counter. The abundance of push back from medical professionals and organizations on the drug brings concern as to whether or not it’s even worth taking. The prominent issue with frequency of use combined with false advertising brings about the idea that moderation is irrelevant when it comes to Plan B.

Thankfully in my case, undesired intimacy was not in the question. But what if it was? As rape continues to be a prevalent issue worldwide, the ethical question of access to emergency contraception in Catholic hospitals continues to raise controversy. Ronald Hamel, PH.D and senior ethicist for the Catholic Health Association (CHA) of the United States, released an article on Journal of the CHA titled, “Thinking Ethically About Emergency Contraception.” Hamel’s background includes director in the Department of Clinical Ethics at Lutheran General Hospital (Park Ridge), as well as senior associate of Theology, Ethics, and Clinical Practice at the same hospital in Chicago. Earning his doctorate at Fordham University, he describes the heart of the discussion being whether or not Plan B-like drugs have an abortifacient effect. If that were to be true, that would conflict with the religious beliefs of Catholics. From an ethical standpoint, Hamel discusses the issue of minimal factual evidence and representation, making it hard and thin to have a clear moral and ethical standpoint on the issue. In the last section of the article, titled “Moral Certitude, not Absolute Certitude,” he writes “while the preponderance of scientific evidence strongly suggests that Plan B does not have an  abortifacient effect, the evidence stops short of providing absolute certitude. But is absolute certitude needed.” An entirely new moral dilemma. With the lack of absolute certitude, it proves hard to have a clear standpoint on whether it has abortifacient qualities or not. In a world full of notable scientists and curators, it leads me to believe that the company is hiding information, as there is no way in today’s medicine that it isn’t clear. If anything, I am left to believe it has more abortifacient qualities than the average 19-year-old girl is left to think.

Growing up in a Catholic school north of Boston, tainted my view on the idea of emergency contraception. Until I reached my sophomore year, I went along with the people who mocked girls who were rumored to have used them. Religious studies took the place of my average grade-school health class, and as a result, not only was I uneducated on the topic, but the concepts I did pick up on were passed down with prejudice and hate. All I could think about while choking down the white pill years later was a girl named Sam, two grades above me. The majority of us will never know what actually led her to take EC, but it was as clear as Boston on a summer day that she dropped out of school because she was slut shamed so brutally. It was as if I felt her pain wrenching down my throat, by something as minimal as lack of education and religious preconceptions.

It came as a shock to me that many emergency care facilities do not offer contraception during an initial exam after a sexual assault. American Civil Liberties Union (ACLU), an organization centered around the democratic rights of the citizens of the United States, released an article in February of 2007  stating that as of 2007, only 10 states in America (California, Connecticut, Massachusetts, Minnesota, New Jersey, New Mexico, New York, Oregon, Washington, and Wisconsin) require emergency care facilities to supply emergency contraception to rape victims. The article highlights the importance of time when trying to prevent a pregnancy as a result of rape. Throughout short stances against the availability of EC (emergency contraception), the organization disputes ideas such as: “A bill that merely requires emergency care facilities to provide information, a referral, or a prescription for EC, fails to ensure women’s health and well-being,” “an institution’s religious objections to EC must not imperil a woman’s access to timely and comprehensive treatment,” and “EC prevents pregnancy. It does not induce an abortion.” At the end of the article, ACLU has also set up a link where readers who are inspired and angered by these issues can donate to a cause to aid reproductive rights, as well as to protect rape victims.

Considered a progressive step for woman and the accessibility of emergency contraceptives, as of June 7, 2018, Plan B One-Step became available over the counter, without any age restrictions, and no prescription needed. Dawn Stacy, PH.D, LMHC, is a notable birth control and mental health expert who spent most of her career working at Planned Parenthood. Shortly after the FDA approved the move to over the counter Plan B, she released an article called “Plan B One-Step Buying Restrictions.” She speaks on the confusion related to a statement made by the FDA in April of 2009 that they would allow women of the ages of 17 and older to purchase Plan B without a prescription. When women found this not to be true, they then clarified that the agency had approved Next Choice, a basic generic version of Plan B. Stacey accounts the confusion and inaccessibility to a “politically charged history.” The fight stems from the sales of Plan B, as “reproductive health advocates regain hope for over-the-counter status after the US District Court for the Eastern District of New York ruled, in a March 23, 2009, hearing, that the FDA must reconsider its decision under the Bush Administration to limit access to emergency contraception.”