Fast fashion: what it is, and how to slow it down 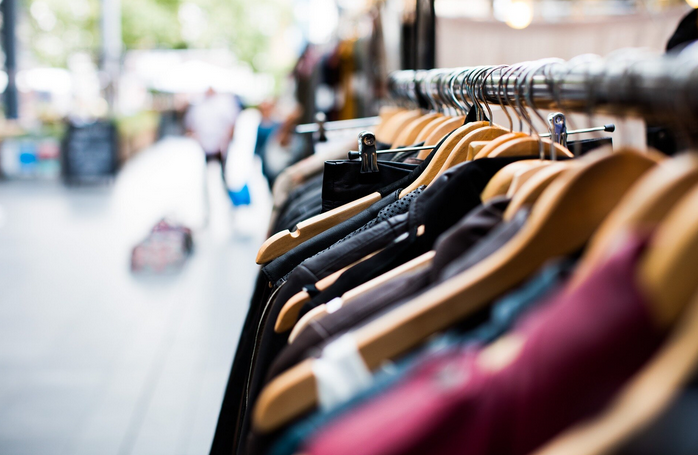 The textile industry has become one of the world’s top polluters. According to a United Nations Climate Change sector report published last January, the industry alone accounted for nearly 10 percent of global carbon emissions. “Fast fashion” refers to the industrial operation in which mass-market retailers rapidly produce cheaply made clothing to match quickly changing fashion trends. More clothes are being made than ever before, resulting in more waste from this industry than ever before.

Thanks to these changing fashion trends, many consumers end up with clothes they’ve worn only a couple times, if at all. All of these pieces eventually end up at donation centers like Goodwill. This brief lifetime of today’s average clothing item is just one of the many spots where environmental concerns enter the equation.

Two areas of the fast fashion industry cause the greatest pollution. The first is production. It’s no secret that textile manufacturers are not big advocates for the planet’s well-being, but the scale of their impact is unknown to many consumers. According to the Natural Resources Defense Council, clothing manufacturing factories in China are massive contributors of air pollution, producing three billion tons of soot per year through burned coal.

“Cheap fashion is really far from that, it may be cheap in terms of the financial cost, but very expensive when it comes to the environment and the cost of human life,” said Sass Brown, author of ECO Fashion, an informational book on the availability of sustainable products in the fashion marketplace.

The textile industry as a whole is also responsible for extensive water consumption. One Economics of Water​ statistic reported that in India, another leading textile producer, the industry goes through ​425,000,000 gallons of water in a day to bleach, dye, cool, and print on their clothing​. In surrounding South Asian countries there are also spikes in water pollution due to harmful chemical-dumping in rivers closest to factories. Indonesia’s Citarum River is the world’s most polluted river, according to the World Bank. Over 20,000 tons of waste per day enters the 186-mile waterway. The water can even reflect the colors of clothing dyes being used nearby and appear black, blue, and red.

Millions of Indonesians dependent on the Citarum have faced incredible medical hazards due to its pollution.

“We can’t breathe sometimes, and my daughter’s scalp began to itch and her hair started to fall out […] her skin is itchy. We’ve been putting medicine on it for a month but it hasn’t gone away until now,” said Irwansyah, a construction worker who lives by the river, in an interview with Chandni Vatvani.

Many who bathe, drink and eat fish or crops contaminated by the toxic water end up suffering from a slew of waterborne diseases and skin conditions. If this is the environmental detriment caused by clothes before they’re even sold, what happens when they’re discarded?

This brings us to the second area of the fast fashion industry’s ecological impact: waste. A DailyMail study conducted in the UK found that of two thousand surveyed women, 33 percent considered clothes worn over three times to be “old.” This attitude is found across the globe, but it’s especially staggering in the U.S., with a rate of 15 million tons in scrapped clothes per year.

When someone decides to phase out these types of garments from their closet, they head to donation centers like Goodwill, where they’re first assessed for retail potential. Even if donated fashion is placed on Goodwill’s racks, there’s less than a twenty percent chance of them actually selling again in the U.S., meaning they head towards reduced sales, Goodwill outlets, and auctions. Finally, the 80 percent of clothes that don’t sell go overseas to landfills or textile recyclers. These recyclers either try to resell the used clothing, which undermines foreign clothing retailers, or use scrapped fabric for housing insulation and occasionally prison furniture. In landfills, tons of these unusable fabrics collect in piles, sitting there potentially forever. These growing mountains of waste emit methane to the atmosphere, one of the strongest greenhouse gases on Earth.

With this complex issue come innovative thinkers trying to reverse the damages of disposable trends, and change the course of textile industries for a safer future. Brands such as Patagonia, Zero Waste Daniel, and Re/Done are experimenting with repurposed fashion, creating and selling clothes made from discarded fabrics, recycled plastics, and other scrap materials.

Another alternative that seeks to slow down the pace of modern fashion is the minimalistic lifestyle. More and more people are whittling their closets down to timeless pieces from quality brands that can be worn for years. These fashion minimalists are not only starting to lessen their carbon footprint, but also lightening the financial burden that repeatedly participating in clothing trends can carry. Recent television series, such as Marie Kondo’s Tidying Up and A&E’s Hoarders, have gained praise among viewers for highlighting the importance of keeping only what you need and use.

Closer to home, the Massachusetts Department of Environmental Protection (MassDEP) is a local organization with a mission to slow down fast fashion. In Boston, four drop-off events are held per year where residents can get rid of unwanted materials from household items to electronics, and clothing.

“Textiles are a valuable commodity. They don’t go in the recycling bin with bottles and cans, and they shouldn’t go into the trash can either […] this includes items with stains, rips, missing buttons and broken zippers. Donate them all,” said MassDEP Commissioner, Martin Suuberg.

Suuberg encourages re-purposing of all materials, even fabrics that are deemed unsuitable for donation by some other centers such as Goodwill and Salvation Army. Using a statewide, online directory, MassDEP tells users where and when they can donate specific clothes they wish to dispose of based on the type of material and their condition.

As a society, we may not all be shifting towards closets comprised of 100 percent recycled clothes or timeless garments, but as consumers, we need to be aware of the pitfalls of fast fashion. Get your money’s worth out of your clothes, be aware of who you’re really buying from, and learn more about how you can be a part of the environmental solution in your community.

“Fashion is a trend. Style lives within a person.” – Oscar de la Renta