President Trump strikes up new relationships on his Asia visit 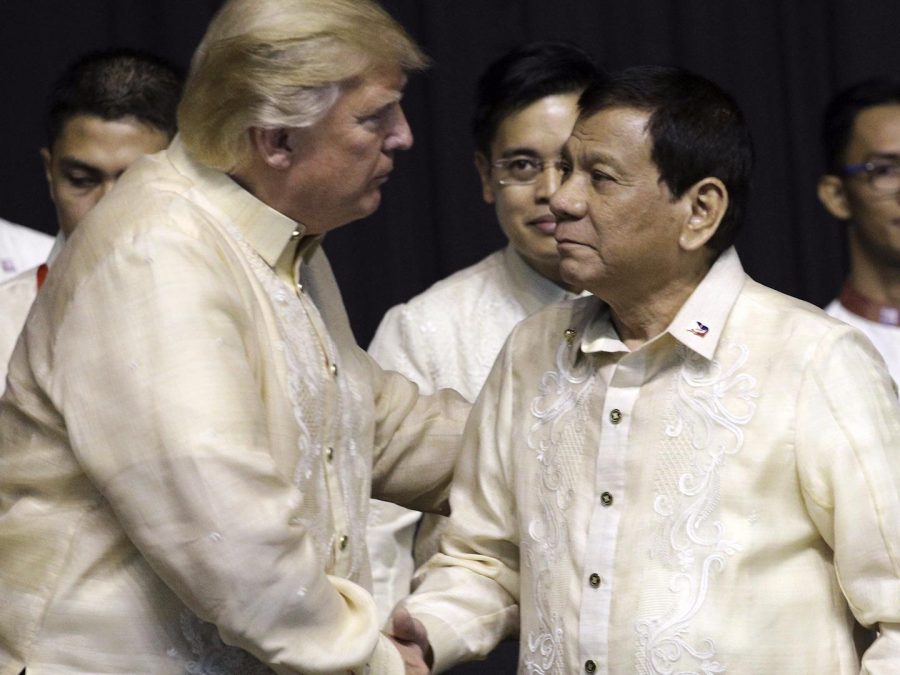 President Donald J. Trump went on his first trip to Asia Nov. 3 to Nov. 14, making it one of the longest trips a president has ever taken to the region. He traveled to Japan, South Korea, China, the Philippines, and Vietnam.

One of his main goals for the trip was to reestablish trade relations with these Asian nations. He focused much of his energy on trade deals, specifically emphasizing bilateral trade deals (meaning United States trade on a country-by-country basis) and not on multilateral trade deals (trade which occurs throughout a region), like the Trans-Pacific Partnership, during his speech at the Asia Pacific Economic Cooperation in Vietnam. According to CNN Politics, despite the fact that President Trump emphasized nationalism, the Asian nations still involved with the Trans-Pacific Partnership “agreed to core elements of a new trade agreement that excludes the United States.”

President Trump also wanted to work with nations to address the nuclear weapons in North Korea. According to CNN Politics, he urged countries throughout Asia to bond together and become a unified force against North Korea. However, despite saying it would be a major focus of his trip, he did not take as harsh of a stance on North Korea as many expected he would. According to The Washington Post, instead of President Trump stating that the United States will be acting with force against North Korea in the coming weeks and months, he “called for increased economic pressure on Kim Jong Un’s regime” and indicated a willingness to eventually hold talks.

One main concern about President Trump’s trip was his seemingly new friendship with Rodrigo Duterte, the President of the Philippines, who has committed human rights violations during his crackdown on drug dealers throughout the country. According to Time Magazine, as part of the crackdown on drugs, Duterte disregarded the right to due process for these drug users, instead letting the police decide their fate. This has resulted in the deaths of 3,000 people, and some human rights groups state it is probably closer to 9,000 people who died.   They did not talk about the human rights violations; rather they discussed trade and the Philippines’ war on drugs from Duterte’s viewpoint.