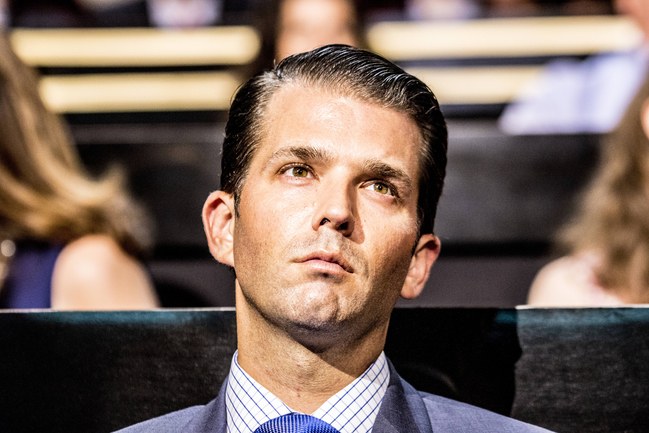 Donald Trump, Jr. released private messages he exchanged with WikiLeaks’ Twitter account after “The Atlantic” reported he was in contact with WikiLeaks before and after the presidential election.

Trump, Jr. tweeted the conversation history along with the caption: “Here is the entire chain of messages with @WikiLeaks (with my whopping 3 responses) which one of the congressional committees has chosen to selectively leak. How ironic!”

“The Atlantic” reported that these conversations with WikiLeaks, a nonprofit that releases restricted information to the public, were being investigated by congressional investigators to see if they were tied to Russia’s election interference.

In September 2016, WikiLeaks first initiated contact with Trump, Jr. by asking him to comment on the upcoming launch of the anti-Trump site PutinTrump.org and said they had the login information of the site. Trump Jr. responded by saying he would have to look into it.

A month later, WikiLeaks reached out to Trump, Jr. again requesting he or his father comment on Hillary Clinton’s verbal attack on Julian Assange, the CEO and founder of WikiLeaks. Trump, Jr. responded by saying, “Already did that earlier today. It’s amazing what she can get away with.”

Trump, Jr. then inquired about a leak involving Hillary Clinton, to which WikiLeaks did not respond.

WikiLeaks reached out to Trump Jr. again to discuss his father’s admiration of WikiLeaks. The account then requested President Trump tweet a link to his followers that revealed information from stolen documents.

Two days later, Trump Jr. tweeted out the link so his followers could read about “all the corruption and hypocrisy.”

Trump, Jr. no longer responded to WikiLeak’s requests, but the anti-secrecy site continued to press him for information.

WikiLeaks requested at least one tax return leak from President Trump and claimed this would be in the best interest of both WikiLeaks and the Trumps. According to “The Atlantic,” WikiLeaks stated that leaking Trump’s tax returns would allow the public to think of them as a nonbiased source.

In December 2016, WikiLeaks asked Trump Jr. to tell his father that he should recommend Assange to be appointed as Australia’s ambassador to the United States.

According to the BBC, Assange was critical of “The Atlantic,” stating that the publication failed to show the full context of these conversations.

“Wikileaks can be very effective at convincing even high-profile people that it is their interest to promote links to its publications,” said Assange.