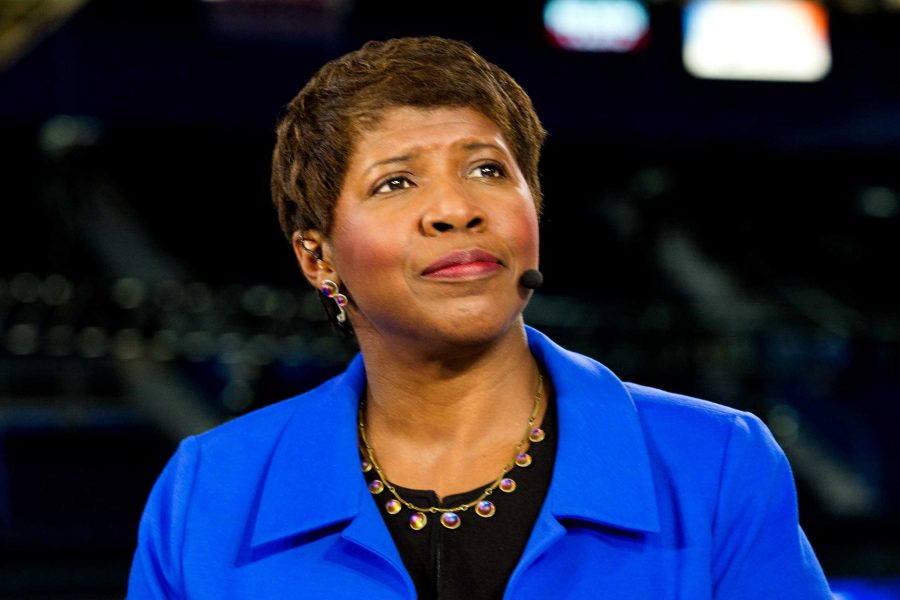 The College announced yesterday that they will be naming the new College of Media, Arts, and Humanities after the late journalist and alumna Gwen Ifill ‘77, ‘93 HD as part of the 2018 academic redesign. Ifill passed away last year at the age of 61 after battling endometrial cancer.

Ifill graduated in 1977 with a bachelor’s degree in communications. She considered the late Professor Alden Poole, who taught journalism classes at the College,  to be one of her most trusted mentors. While taking communications classes at the College, Ifill interned at the Boston Herald, which eventually offered her a job. In 1993, Ifill received an Honorary Doctorate of Journalism from the College. Ifill was also the commencement  speaker for the Class of 2009.

“Simmons was a launching pad for Gwen and prepared her well,” Roberto Ifill, Gwen’s brother, said in a Simmons College press release. “My sister leveraged her education to excel as a liberally educated, consummate professional. She graduated thoroughly grounded in the liberal arts and sciences, and well-prepared professionally to embark on her journalism career, and it all started at Simmons.”

“I can think of no more fitting honor for her work,” Sherrilyn Ifill tweeted.

President Helen Drinan reflected on Ifill’s legacy in her most recent “Thoughts from the President” email.

“As I consider Gwen’s life and legacy again today, I find myself thinking of her as the young student she was in the 1970s – and how she learned at Simmons not just how to be a good journalist, but also how to use her curiosity to expand her knowledge, how to use her empathy to gain the trust and respect of others, and how to use the power she gained to help all of us understand the truth at the core of the stories she shared.,” President Drinan said yesterday. “While we can never fill the void she left, we can all aspire to the example Gwen set. Curiosity, empathy and truth-telling are things we can choose to bring to our conversations – at school, at work and at home.”

Ifill’s family will be donating her documents, honorary degrees, and the blazers that she wore while moderating the 2004 and 2008 vice presidential debates to the College’s archives.