Dragon runs for mayor; and now, the weather: ‘Welcome to Night Vale’ is a horrifically hilarious podcast 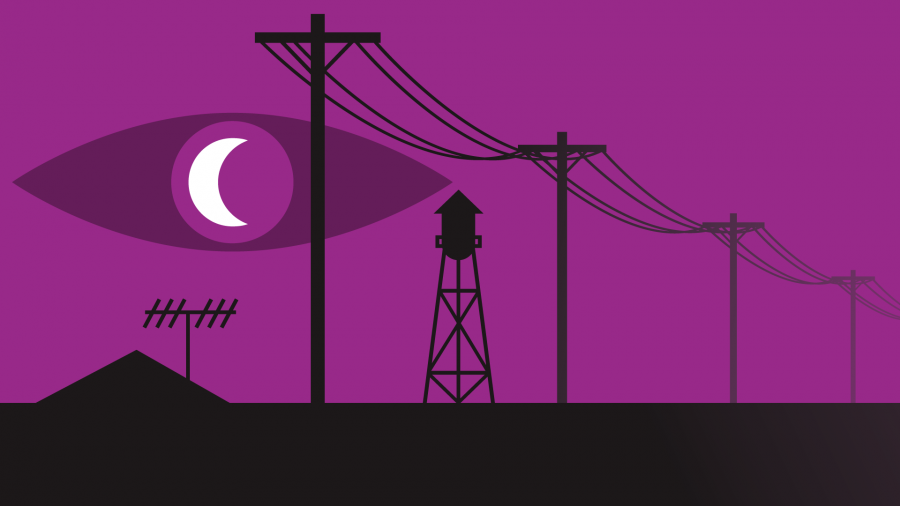 “Welcome to Night Vale” is a podcast that chronicles a fictional town in the southwestern U.S., Night Vale, where clocks do not work, a five-headed dragon is running for mayor, and the faceless woman who lives inside your house really wants to know your WiFi password—and is also running for mayor.

The show is narrated by the Voice of Night Vale, also known as real-life Cecil Baldwin, who takes listeners through ordinary things such as traffic and weather reports and chronicles the everyday goings-on of Night Vale, such as the lazy day during which gravity was “slacking off.”

One of the best parts of “Welcome to Night Vale” is its diverse cast of characters. Narrator Cecil Baldwin is a queer person who deeply (and, on air, sometimes embarrassingly) adores Carlos the Scientist, a canonically queer person of color.

This is an ongoing effort of creators Joseph Fink and Jeffrey Cranor.

In an interview with “Geek and Sundry,” Cecil Baldwin stated, “We chose the name Carlos because Joseph and Jeffrey like having very diverse casts of characters and they use a lot of names that are you know—Tamika, Coach Nazr al-Mujaheed, Roger Singh, who is a Sikh. When you don’t have the visual, and all you have are words, why not use all the crayons in the crayon box when you’re drawing your picture?”

However, there are many things for Night Vale’s residents to worry about instead of the fact that the local scientist might like men, such as the unexpected bumper crop of oranges, the thought that mountains might actually exist, and the librarians—“the most fearsome creatures imaginable.” Citizens of Night Vale seem generally unfazed by things like gender and race.

“Welcome to Night Vale” is bizarre in both its horror and its humor. Its genre classification is generally horror/comedy, and while much of the writing embodies Lovecraftian themes, frequently utilizes the word “viscera,” and can be dark for a podcast classified partially as “comedy,” there are lighthearted aspects as well.

There are a multitude of running jokes, references to characters who have shown up in the past, and the occasional “message from our sponsors.” The podcast frequently references “real-world” brands, such as Subway, though the sponsors’ messages frequently exude a general sense of existential anguish not present in the average Subway ad.

“Welcome to Night Vale” has experienced incredible success over the course of the last year—it reached the number-one spot on iTunes’ podcast charts and has gained a huge fanbase. The creators and cast have begun performing live episodes on both coasts. These sell out ridiculously quickly, though a recording of their first live performance episode, “Condos,” is now available for download.

Episodes are available for free download on iTunes or podbay.fm. There are also transcripts available for “listeners” who would prefer to read the episodes. “Welcome to Night Vale” is a delight whether you read it from the “safety” of your dorm room, or listen to it while riding the subway or waiting for the bus in the rain.