A look into the hurricane-naming process 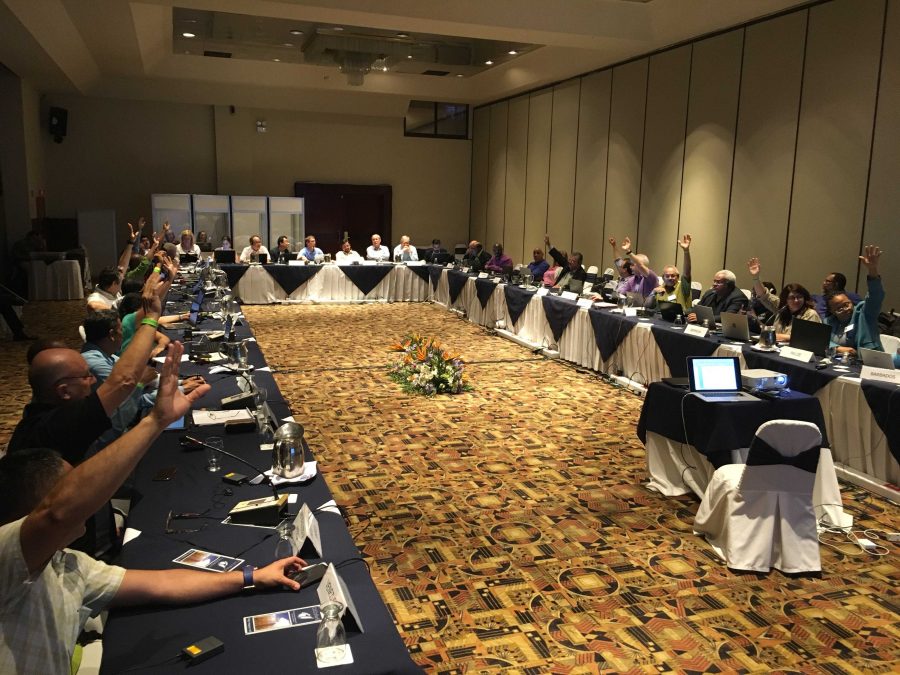 Many eyebrows raised when Hurricane Maria and Hurricane Jose  formed in the Caribbean. Conversations surrounded whether the names were intentionally playing on a stereotype of the prototypical Latin American, given the prevalence of the names Jose and Maria in Spanish-speaking Caribbean countries, like Puerto Rico, that were devastated by the storms.

Many think it’s simple alphabetical order, but Hurricane Jose and Hurricane Maria occured around  the same time, even though the first letters of their names are not neighbors in the alphabet.

What happened to K and L? The answer is simple. While storms are named alphabetically, some storms are not as strong and do not garner as much attention, or the storms dissipate quickly after being named. Hurricane Katia and Hurricane Lee did form after Jose, but they were drowned out by coverage on stronger hurricanes Irma and Jose, and by Hurricane Maria soon after.

To further understand how storms are named, we should first understand the history of naming storms. Prior to using names, storms were given numbers according to the order they formed in that year. This often produced confusion if storms formed simultaneously, if communications referred to the wrong number for a storm, or when warnings were given about storms that were actually hundreds of miles away.

As a result, we name storms to avoid confusion when multiple storms form at the same time and to streamline communications. The use of numbers for storms continued until the early 1950s, when female names began to be ascribed to storms. Our current system of alternating between male and female names was in place by the late 1970s.

The naming of tropical storms is strictly regulated by the World Meteorological Organization (W.M.O.) to ensure uniformity and clear identification. Three major oceanic regions — Atlantic, Eastern North Pacific, and Central North Pacific — each name their storms alphabetically under the same system, but with their own naming lists.

For each region there are different alphabetical lists of names that are used on a rotation, specified in that region’s rules.

In the Atlantic region, the letters Q, U, X, Y, and Z are omitted, since names starting with those letters are uncommon. If a season exceeds more than twenty-one named storms, any additional storms will be named according to the Greek alphabet — i.e. Hurricane Alpha, Beta, Gamma, etc. However, this has never happened before.

For storms formed in the Atlantic Basin, six different alphabetical lists of alternating male and female names are used on a six-year rotation. This means that each season’s hurricane names are chosen years, sometimes decades in advance, instead of simply choosing a name spontaneously of the next letter.

Through this system, the same names are reused every six years unless a name is retired. The retiring of a name only occurs when a storm is deemed to be so deadly or costly that it is agreed to be inappropriate to use its name again. Katrina, for example, has been retired due to the devastation of Hurricane Katrina in 2006. The decision to retire certain names is made at the regional Hurricane Committees of the W.M.O.

The list used for this year’s hurricane season will be used again in 2023, excluding any retired names. The names that will be retired from the 2017 Hurricane season have not been announced yet, but we will likely not see Harvey or Irma on the rotation again.

The last meeting of the Region IV Hurricane Committee, which pertains to Atlantic storms, was in March 2017. We can expect the decisions on next season’s names to be made around March 2018.

While the naming system for storms may seem bogged down with regulations, especially when accounting for the difference in procedure between regions, our current system ensures clarity and prevents the intentional or unintentional naming of storms based on such cultural stereotypes of Jose and Maria, or on popular cultural names of any particular country.