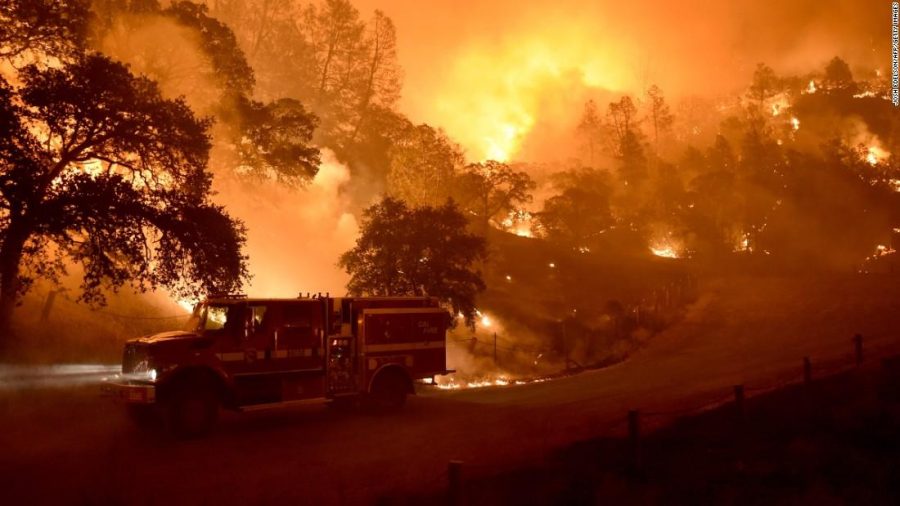 California is facing the most dangerous wildfire outbreak in its history. Several wildfires started the night of Sunday, October 8, and as of Monday, October 16, have caused considerable damage. At least 40 people are dead, hundreds are missing, more than 5,700 structures including homes have been destroyed, and over 217,000 acres are still burning. Most of the fires have been contained by around 11,000 firefighters, but 15 major fires are still burning.

This is only the beginning of California’s 2017 Santa Ana fire season, and it’s already shaping up to be one of its worst. Why are the fires already this bad?

Part of it comes down to seasonal conditions. Early fall is especially susceptible to fires due to dry conditions and seasonal winds. Other conditions that facilitate fires are often directly caused by humans, such as accidentally thrown away cigarettes or sparks from grills. Additionally, homes built closer to fireprone areas, not allowing small fires to burn and get rid of potential fuel, faulty power lines, and so on, can also be responsible for intense wildfires. Finally, one human-made cause that has been building up for decades, and is responsible for a number of intense fires in recent years, is climate change.

The three resources that fires need to burn — called the fire triangle — are heat, fuel, and oxygen; and  climate change alters these enough to make wildfires more intense than expected. Increased heat is already apparent, as this past summer was California’s hottest on record, and this heat in recent years has led to various degrees of drought. The increased heat has also caused wildfire seasons to become longer since the 1980s.

California received unusually intense rain last winter, which led to an increased growth in plants. These plants dried out in the following summer’s intense heat, adding more fuel for later fires to feed off of. Moreover, the heat was intense enough to take away much of the moisture left over from the winter storms, increasing the severity of the following fires. Even outside of surprise growth seasons, increased heat leads to drier forests and soils, and thus forests more likely to catch fire.

Increased forest fires can have far-reaching consequences. Some ecosystems, such as boreal forests, store large amounts of carbon, and an increase in fires releases that carbon into the atmosphere, adding to the greenhouse effect. Short- and long-term danger to human health are also threats posed by increased forest fires. Immediate dangers include being trapped in the fire or asphyxiating, but fires also increase local air pollution, causing various degrees of breathing difficulties and other longer-term health problems. Increased fires will also take an economic toll on surrounding communities. Between 2000 and 2009, property damage from wildfires averaged $65 million a year, and based on the intensity and extent of California’s current fires, costs will likely increase.

The impending influence of climate change on fire conditions makes it even more important that action is taken immediately to promote safety. Revising how we manage fires, how and where we build homes, and changing regulations on power lines in vulnerable areas could all be viable first steps.

Climate change is contributing to the new standard of normal, whether we like it or not. Similarly, we must change along with it by being aware of these natural disasters and doing our best to alleviate them.