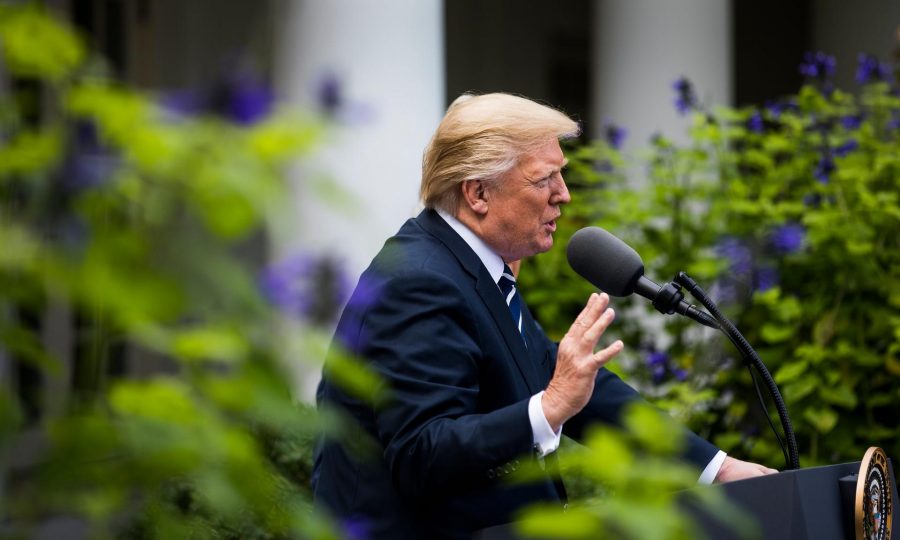 The opioid epidemic is one of the most destructive public health issues in American history.

Every day, 91 Americans die from a drug overdose, and 2 million have prescription pain medication abuse disorders. Drug overdoses comprise the country’s leading cause of accidental death, and over half of those are due to prescription pain medication and opioids. Health care workers and public health officials look to the federal government for assistance and policies aimed at combatting the opioid epidemic. However, the Trump administration has been moving forward slowly for countless Americans who have a stake in the crisis.

President Trump addressed the issue in August, announcing his plans to designate the opioid epidemic as a national emergency. However, two months later, that action has yet to be taken — the recent battles between Democrats and Republicans regarding the Affordable Health Care Act pushed plans aside.

Much of the political environment during those battles did not support the action to declare a national emergency. The Republicans’ plan to repeal the Affordable Health Care Act would have cut millions of dollars in critical Medicaid funds that support opioid treatment, and would have allowed many insurers to remove coverage for substance abuse treatment. In August, Trump’s former Health and Human Services Secretary, Tom Price, said “the opioid crises can be addressed without the declaration of an emergency.”

Republicans have since failed to repeal or replace the ACA, and Tom Price resigned last month  spurred by criticism of his using taxpayer money for charter flights. Amid this change in the White House’s health care policymaking climate, Trump said on Monday that he would officially declare the epidemic a national emergency next week. This designation could increase awareness of the issue, expedite the implementation of medical services, and allow funding from the federal disaster relief fund to support these services.

However, the declaration of a national emergency could have a variety of outcomes. Trump’s proposed 2018 budget cuts funding from existing programs that research addiction and provide treatment, such as the Substance Abuse and Mental Health Services Administration. This could undermine funding provided by the announcement of a national emergency.

Tom Frieden, former head of the Centers for Disease Control, remains skeptical of Trump’s plan: “If it’s just a political statement not backed by money or commitment to more action, then it would be counterproductive,” he told Vox in August.

Trump’s talk of plans, regardless of promises, will not save any lives until those plans turn to action. In the meantime, the opioid crisis will continue to harm not only those struggling with abuse, but also their families, friends, and larger communities across the country.