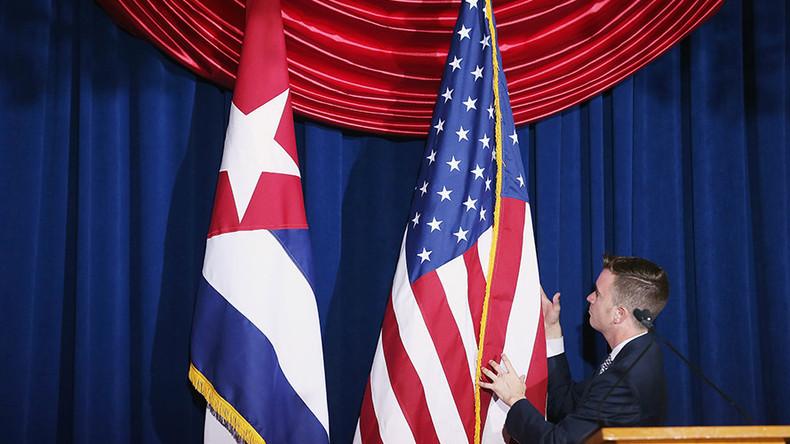 On Tuesday Oct. 3, President Trump issued an order for 15 Cuban diplomats to be expelled from their U.S. State Department offices in Washington, D.C. This move is in response to a mysterious illness that is affecting staff at the American Embassy in Havana, Cuba. This also marks a major setback in improving U.S.-Cuban relations, which had only begun healing after decades of hostility when Obama-era policies sought to renew diplomatic relations.

The Independent reported that at least 21 staff and spouses at the embassy in Havana have been reporting a variety of medical symptoms, such as hearing loss, cognitive difficulties (concussions and problems concentrating), nausea, headaches, and ear-ringing. Medical personel are baffled as to what is causing these symptoms, and many news platforms are reporting the possibility of a “sonic attack.” The New York Times wrote an in-depth piece on whether or not this was possible, interviewing many experts and professionals in the fields of physics, acoustics, and neuroscience. They came to the conclusion that while an attack using concentrated ultrasound may be able to cause those symptoms over time, there are so many obstacles to carrying out an attack like this that it is extremely unlikely these symptoms were caused by a “sonic attack.” The most likely cause is something environmental, such as toxins or viral and bacterial infections, but scientists also say that something psychogenic should not be ruled out.

Since these symptoms were identified, the U.S. has declared emergency status at the embassy in Havana, and the staff has been significantly cut back. The State Department said the expulsion of the 15 Cuban diplomats was meant to force Cuba to do the same thing at their embassy in Washington, D.C. (The New York Times). The Cuban government called this decision “hasty, inappropriate and unthinking,” and a move that would only worsen already unfriendly relations between the two nations.

In the past few months, the Trump administration has been undoing the policies put in place by Obama that were meant to ease hostility between Cuba and the U.S. In June, Trump promised to reverse Obama’s policy in re-opening relations with Cuba. While he did not completely reverse it, he did place restrictions on travel and commerce. Now, U.S. citizens cannot plan private trips there (even educational trips have to abide by a myriad of rules), and U.S. companies cannot do business with any state-controlled Cuban businesses. These restrictions could have a serious impact on the Cuban economy.

With the cause of the symptoms still unknown, and U.S.-Cuban affairs becoming tense, it is important to watch how future diplomatic relations will unfold.