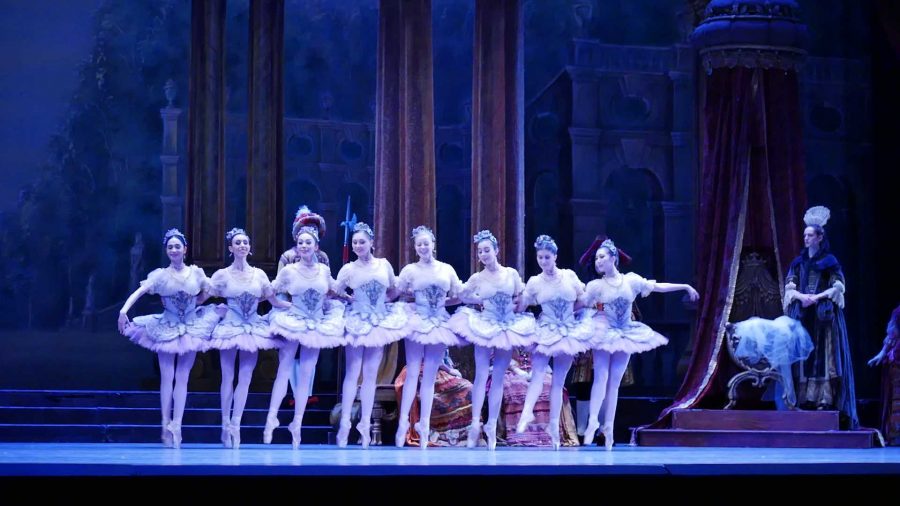 The Boston Ballet’s production of “The Sleeping Beauty,” here from April 28 to May 27, will serve as a good reminder for why audiences love ballet in the first place. For anyone new to ballet, this is great place to start that love.

In addition to Tchaikovsky’s music, this production uses the original choreography of Marius Petipa from the 1890 Russian premiere as well, with additional choreography by Sir Frederick Ashton.

The audience might recognize some music from the Disney 1959 version of the fairy tale—in fact, George Bruns ingeniously wrote the score with arrangements and adaptations of the ballet. Yet the ballet music goes places the film cannot, and has many glorious moments that are missing from the film. It is better heard from a live orchestra, creating imagery that is impossible to contain just within the stage. Along with the dynamic layering of set pieces, “The Sleeping Beauty” easily transcends into the imagination.

Tchaikovsky, who also brought us “Swan Lake” and “The Nutcracker,” has delivered more compositions to reach the longing of the soul, and creatively weaves instruments together that are capable of evoking imagery of castles, forests, bird’s songs, and fairies all on their own.

The costumes were phenomenal as well. Tutus glittered furiously on the stage, and bounced with the dancers’ movements as a wonderful trademark to ballet. Some pieces, particularly from the prince’s court, the audience will wish they could take home with them. One hundred years passes between Act One and Two, and this is beautifully marked through a shift in the period costumes.

“The Sleeping Beauty” had a few distinct characters that will certainly stand out from other ballets. Storybook characters come to life in the final act, and Carabosse (the equivalent of Maleficent) and her demons are quite animated as well. There were a few moments of humor thanks to these characters.

The amount of effort put forth in the sets is astounding. Some sets were only used for one short scene, but were no less elaborate. Some sets were ethereal in their portrayal of forests, and castles and completely captured the audience.

“The Sleeping Beauty” has remained a favorite fairy tale among the public for a reason. This stunning performance from the Boston Ballet is a worthy rendition, and fully worth of becoming a component of how audiences think of the classic story.