Mice and rats war rages on across Simmons University 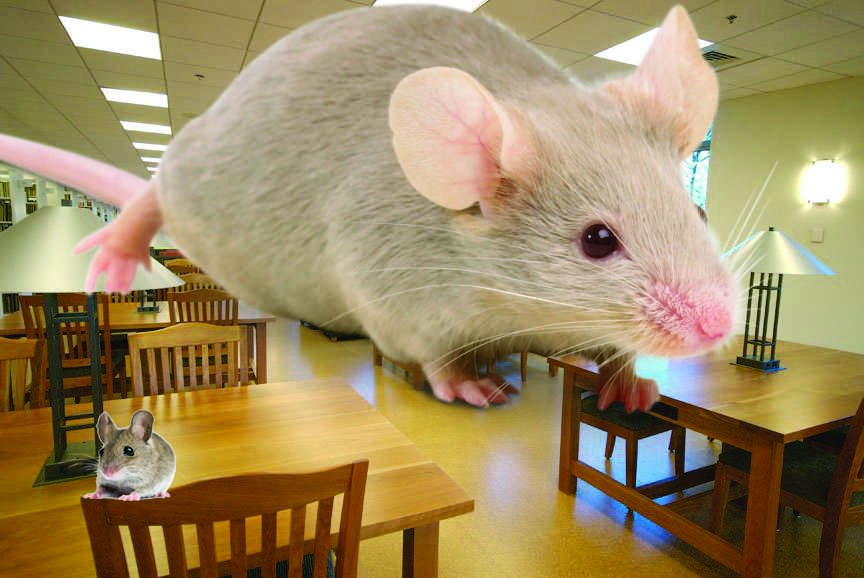 The war between mice and rats rages on at Simmons University with no end in sight. The war originated in 2017 as the populations of mice and rats on both the Academic and Residence Campuses surged.

As tensions sprouted between the two rival groups, both sides found themselves charting their territory. The faction of rats took up strongholds across the Residence Campus, whereas the pack of mice barricaded themselves on the Academic Campus, with their headquarters located in Beatley Library.

While the original cause of the war between mice and rats is unknown, the two opposing factions are trying to keep up with the traditions set by their ancestors from 2017.

Some rat and mouse historians believe that when the mice population’s monarchy was overtaken by the current Mouse Queen, mice politics quickly devolved into tyranny.

“The Mouse Queen’s rise to power marked a turning point in mouse-rat relations,” said a rat historian who wished to remain unnamed, pushing her spectacles further up the bridge of her nose. “She is, by far, the biggest mouse —in personality and in size—that mousekind and ratkind has ever seen.”

Though the Mouse Queen has been described as a “wild-card” by many on both sides of the war, some believe that her decisions are strategic.

“Her choice to establish Beatley Library as her domain was very intriguing,” said Ernest, a Mouse Foreign Affairs professor. “It is my belief that she wished to constrict the knowledge that traveled from the Academic Campus to the Residence Campus.”

The Mouse Queen refused to  comment on this story, as did the majority of her royal guards and servants. The leader of the rats, Rattigan, still has not been found.