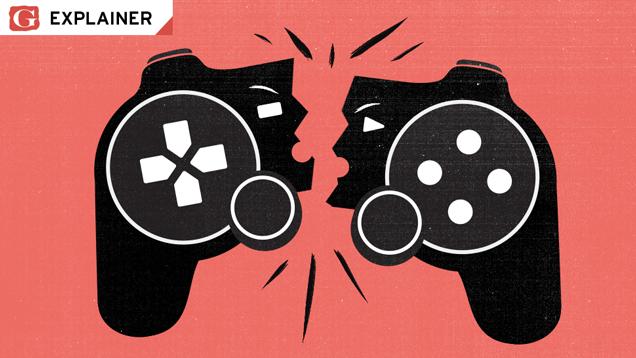 I am so God damn tired of being fought with over the Internet. It sounds like a hackneyed concern, I know. No one has eternal stamina to fight with strangers over the Internet forever—and I say this as someone who absolutely loves hashing it out over a comment box.

As a woman, I’m used to the backlash perpetuated by men, faced by those with my gender identity in a debate.

I am aware that anything I say is subject to the infamous “You’re a Girl” clause that apparently is the end-all-be-all for any argument (except for when it’s brought down in my house—I almost destroyed my brother when he tried to pull that ridiculousness with me).

You know where it really sucks, though?—in an online video game, about a topic that I absolutely know more about than you; and I am sick of it.

It’s happened now more times than I care to admit in situations where it is completely uncalled for.

It’s like they’re lying in wait like parasites in a bog before crawling out of the wood-work with a haughtily prepared “Actually” in that tone—you know the one. It makes my blood boil in my veins just hearing it.

I spent 15 minutes researching and correcting someone over general chat in a conversation that does not concern you so why, sir, do you feel the need to jump in and try to correct ME?

If you gave me half a moment to complete my argument I would’ve gotten to the part you were so keen to point out—which is completely irrelevant in this context, might I add, just like your opinion.

I’ve been roleplaying this character for over a year. I know the lore. I would be crucified in my group if I didn’t. Go away.

I’m not talking about a well-structured argument where I’m wrong. Oh, no. If I was wrong I would have checked my sources and apologized—I’ve been socialized from birth to do so (even when I AM in the right, because gender roles exist).

If I’m playing a round of League and my friend gives me a build to try on Nasus, why do you feel the need to butt in? Do alarm bells start going off in your mind? Are you faced with full-fledged panic because how dare this girl give advice? On a bot match?

We’re clearly going to win anyway because, again, we’re fighting against robots and not actual human beings capable of complex thought? Not to mention the fact that the build was a great fit with the way I play this hero!

The worst, of course, is when it evolves from “mansplaining” to “man-taking-my-answer-and-rewording-it-ing”—the true, grasping, final form of the fragile male ego.

Imagine masculinity so fragile that you have to take my answer, add two words to it, and throw it back at me under the guise of correction because you literally cannot stand a woman being right. It happens more often than you think. I would know.

The audacity of men, and yes, it is mostly men—white, cis-gender, heterosexual men, the epitome of privilege in 2017—that are the worst offenders.

It is this privilege that allows them to think so highly of themselves to the point where, in a three minute conversation, men interrupt women 2.6 times on average.

Can you imagine not being able to get through 60 seconds of conversation without some dude elbowing his way into your sentence? I can—it’s called a competitive MMO.

Entitlement of this kind is exactly what led to the #GamerGate scandal of 2014.

Harassment thrown by the movement’s supporters is a prime example of the hardships faced by women in male-dominated spaces, which go far beyond mansplaining.

Heck, I’m hesitant to refer to gaming as a “male-dominated space” because women have made up over 40 percent of the player population since 2014. However, this is a topic for another, more upbeat article.

tl;dr: If I have to put up with another man on my server trying to explain the lore of my favorite character to me I’m going to lose it.