Mansplaining of the Week Award 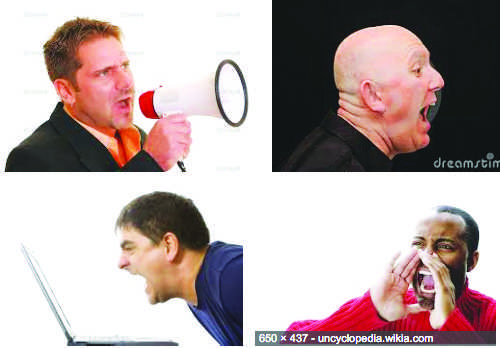 The first mansplanation to be given this award comes from a guy from my high school I haven’t spoken to in six years.

When given a chance to mansplain he comes crashing into my Facebook posts after years of no contact.

You may recall when Rachel Maddow stretched her show’s segment to fill the time for what little information she had with Trump’s 2005 tax returns. Late night hosts had a lot of fun with this, especially after Maddow hyped up the show a bit beforehand.

Steven Colbert opened his show with an impersonation of the now-famous Rachel Maddow segment. He ditched his glasses and wore Maddow’s classic V-neck and blazer. He pretended to tell the classic “why did the chicken cross the road” joke, took a while to get the punchline, and waved around two pieces of paper.

It was a fantastic segment and I was surprised to see how well Colbert impersonated Maddow. Half the comedy was being surprised at seeing Colbert look just like Maddow.

I thought of a joke I just had to tell. I quickly shared the video on Facebook with, “Wow, can you believe this? Male comedians are impersonating women now? Way to make our people look weak.” A clever nod to Trump’s outrage at the Sean Spicer’s impersonation from Melissa McCarthy.

Eight hours later as I slumbered peacefully in my ignorance of any looming mansplanations, a male Facebook friend commented “I don’t see the problem here.” In another paragraph, “I don’t see how her gender is relevant here at all. Stephen’s parodying her in her capacity as a reporter, not in her capacity as a female reporting.” Oh but in-between those paragraphs? An explanation of what the Maddow segment was, and why Stephen Colbert was parodying it.

Thank you so much! After you didn’t understand my joke I really needed an explanation for what was in the video I posted! “Wow, can you believe this?” was not as inherently sarcastic as I intended apparently.

To our mansplainer’s credit however, he replied that the reference went over his head when the real MVP and Simmon’s alum replied what my joke was onto his comment.

If you’d like to see this mansplanation for yourself the opportunity has unfortunately passed. He deleted the comment, and the replies disappeared too. If you bump into me in the hallway I can totally show you a screenshot though.