Protesting: our cup of tea 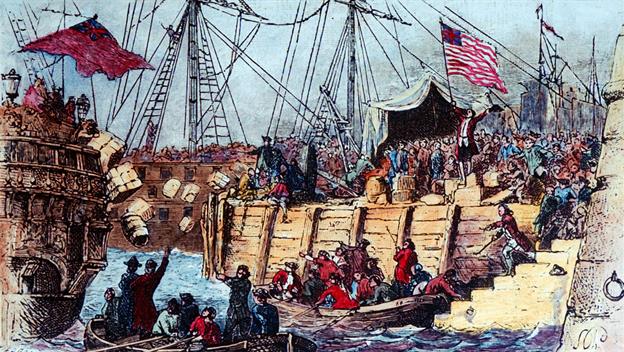 Every time I walk from the Fenway T station back to residence campus, I pass an advertisement for a food delivery service which promises that they have “Enough Tea to Fill the Harbor.”

The Boston Tea Party is an event so culturally pervasive and historically intrinsic to Boston that we see references to it in our daily lives without pause.

Since November, however, that advertisement has come to represent something of a double standard to me.

I was not present when the Sons of Liberty dumped the chests of tea overboard, but even centuries later, history speaks to validate their actions. Their act of dissent was a major catalyst in the start of the American Revolution, without which this country would almost certainly not exist.

Their choice to protest outside the bounds of the law is remembered as honorable, and we see their legacy in many forms, from musicals, to beer companies, to advertising.

Despite how frequently I see references to the Tea Party while living in Boston, I’ve never once seen anyone argue that perhaps the revolutionaries and Founding Fathers needed to just stop whining and get over it.

It seems hypocritical to not offer their contemporaries the same respect.

Whether or not the current protests against President-elect Trump and his administration speak to your political leanings and value system, I urge you to reflect critically on why the Boston Tea Party was conducted by revolutionary heroes, but the protests organized and conducted after election day are the fault of “whiners.”

It’s troubling to see people minimize the motivations behind protests and deny the valid, historical precedent for engaging in them.

The thousands of people who took to the streets last month and continue to do so today aren’t being “whiny” or “sore losers.” They are engaging in the kinds of revolutionary actions that, to borrow a phrase, made America great in the first place.

It’s impossible to paint these protests with a broad demographic brush. By and large, the people in the streets on Nov. 9 were not a group of university-attending, millennial malcontents, but rather a diverse set of marginalized and disenfranchised people who are rallying in the face of an administration who does not seem to recognize the value of their lives.

The First Amendment grants citizens the right to free speech, both verbal and symbolic, and the right to peaceably assemble. Beyond that, there is a rich tradition of civil disobedience in the U.S., often to advance human rights and liberties that we now consider essential.

So when people take to the streets in protest, they are either exercising a fundamental right, or following in the footsteps of many great organizers who lived and worked before them.

Women’s suffrage, marriage equality, and the civil rights movement would all have been impossible without protests, even protests that were occasionally considered objectionable.

Just as we owe protestors from those eras our gratitude, I’m certain that future generations will look back on the groups who refused to be silenced in the days following Trump’s election and be thankful for their bravery.