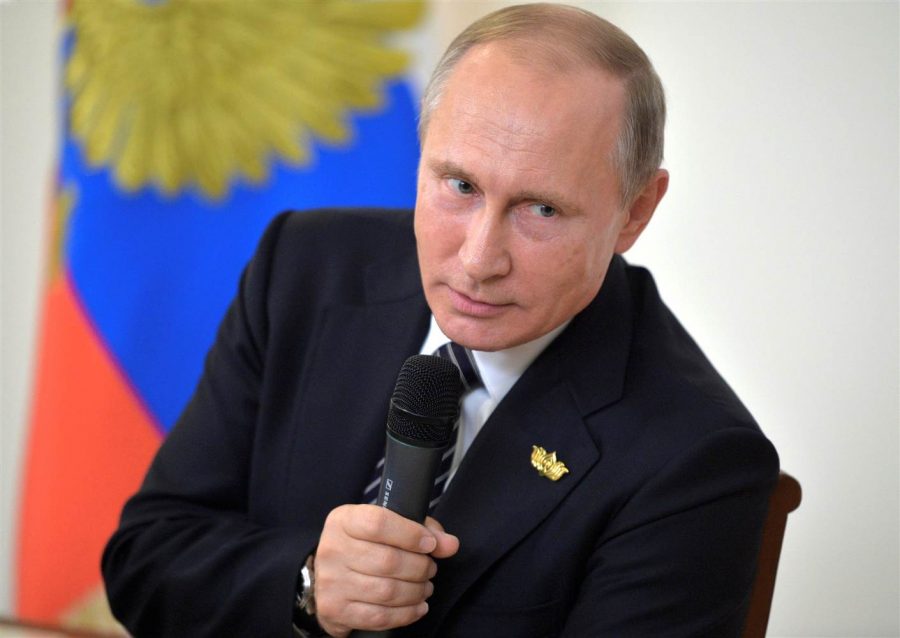 On Oct. 7, WikiLeaks released what it claimed were transcripts of Hillary Clinton’s unpublished paid speeches to financial institutions, introducing another element of controversy to an election season already fraught with scandal and instability.
The emails were disclosed after the Obama administration formally accused Russia of complicity in cyberattacks on the Democratic National Convention earlier this year. Now, leaders within the Clinton campaign and the intelligence community have implicated Russia in the most recent email breach.

“We believe, based on the scope and sensitivity of these efforts, that only Russia’s senior-most officials could have authorized these activities,” Director of National Intelligence James R. Clapper, Jr. said in an official statement regarding the attack on the DNC.

The release of the Clinton emails will take its toll on the election, but it also serves as a grim reminder of the international dilemma facing the next president. U.S.-Russia relations have rapidly deteriorated in recent months, and whoever gains the White House will have to reckon with an increasingly belligerent Russia.
Russia’s recent withdrawal from a milestone nuclear disarmament treaty has intensified friction between the two governments. Russian officials cite U.S. violation of the treaty as motivating the decision. “The Obama administration has done everything in its power to destroy the atmosphere of trust which could have encouraged cooperation,” said Russian Foreign Minister Sergey Lavrov.

The same day, a State Department spokesman announced that bilateral talks between the two countries had been officially suspended.
Moscow has agreed to resume the treaty, provided a list of high-stakes demands are satisfied. The conditions include a reduction in U.S. military presence in Eastern Europe and the cessation of sanctions imposed in 2014 following Russia’s annexation of Crimea.
Although Russia’s withdrawal from the treaty is unlikely to pose an immediate threat to American security, Russia’s willingness to renege on longstanding partnerships carries daunting implications. U.S.-based intelligence companies have suggested that Russia is sending a message: that push-back on Syria and other issues carries consequences for the U.S. national security.

As President Vladimir Putin rushes to expand his influence in Syria before President Obama leaves office, the Obama administration struggles with how to proceed. Russia’s acts of cyber warfare call for retaliation, but to counter-attack Russian servers puts the American electoral process at even greater risk for interference. The remaining options are economic sanctions or indictment by the Justice Department, which former deputy director of the C.I.A. Michael J. Morell calls nothing more than “a slap on the wrist.”
Mr. Morell argued for the resurrection of the Voice of America program—an anti-propaganda broadcasting system popular during the Cold War—to inform the Russian people that Vladimir Putin “is only interested in his own aggrandizement.” He acknowledges, however, that the program is slow-moving and out of date.

For Russia, whose economy has been crippled by falling oil prices and economic sanctions, cyber warfare is a cheap and effective way to exercise international intimidation. Although many have accused the Russians of manipulating the election, there is little doubt that the future president will face thethreat of cyber warfare, regardless of the favor they hold with Russia or President Putin.

It would be unwise to dub this escalation of tensions as a second Cold War—Russia’s integration into world politics has increased to a degree that makes the conditions of the Cold War impossible to replicate. However, it is a safe assumption that U.S.-Russian relations are worse than they’ve been in decades. Barring some drastic change in policy, the future president must negotiate with the Russians in Syria, Crimea, and within the uncharted waters of cyber warfare. Whatever the results of the election, they are sure to reverberate overseas–perhaps in dramatic fashion.