Over 80 killed in wave of Kashmir protests 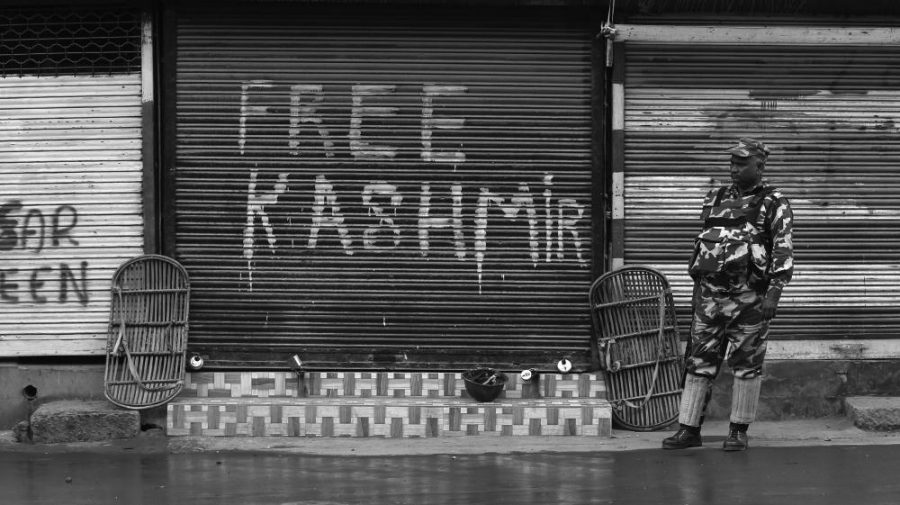 Protests in Kashmir, a long-disputed region near the Himalayas, erupted last month after a 19 year old man was killed. Kashmir has been divided since India and Pakistan split in 1947, though both countries claim the whole region. This division has led to years of unrest and violence on both sides of the border, though the recent disputes have taken place on the Indian side. Over the years, around ten thousand people have been killed in the fighting.

While the police claim the young man was killed in a demonstration where protesters threw rocks at an army convoy, Wassem Ahmad’s family said he was on his way to work. They said that he was killed by passing soldiers while walking to his uncle’s rice paddy. After he was killed, protests began all over the region. The Indian government imposed curfews in two areas, Old Srinagar and South Kashmir. They have also stopped worshippers from attending services at large mosques in the primarily Muslim regions.
The killing of Burhan Wani, a popular rebel leader, also caused protests last July. Since then, more than 80 people have been killed, and thousands injured in the crackdown on protests. Police and government forces have also been injured. Over 130 government officials have been arrested in connection with the protests, and under Kashmiri law, they could be held for up to six months without a trial. The local police report more than 300 people have been detained under this law.
A terrorist attack on an army headquarters last month that killed 17 soldiers has also raised concerns over possible Pakistani involvement. Lt. General Ranbir Singh, the Indian army’s director general of military operations, claimed that the weapons used in the attack had “Pakistani markings,” and in response to a reporter’s question, said “Our men are ready to give a befitting response.” Prime Minister Nawaz Sharif of Pakistan has denied this claim, but labeled India’s handling of the protests “barbarism” at the UN. General Assembly.