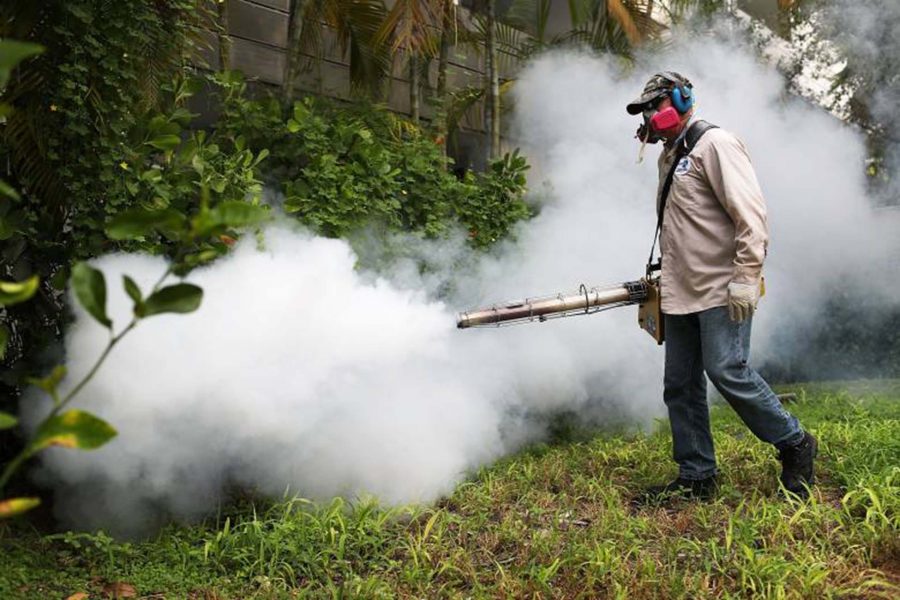 Over the past few months, there has been a lot of fear (founded and unfounded) surrounding the Zika Virus in the U.S.

As a result, a number of states have enacted various measures to prevent the spread of the virus. According to the CDC, the aerial spraying of a pesticide called Naled “can help to limit the number of mosquitoes that carry the Zika virus.” However, the use of this pesticide comes at an alarming cost.

Naled has resulted in the loss of more than 2.5 million bees in South Carolina, CNN reports. Beekeepers in the area, like Juanita Stanley, are demanding national attention; posting videos of their destroyed colonies on social media.

According to the Guardian, more than 20 people in South Carolina have tested positive for the Zika virus, which prompted the initial aerial spray. Dorchester County Administrator Jason Ward confirmed that the pesticide use “fit the policy laid out by the state.”

Bees play a vital role in food supply and there has been a lot of concern in recent years that the Bee population is on the brink of endangerment or even extinction. However, according to online media Slate author Matt Miller, the concept that the bee population is dying has grown outdated. “Many experts believe that honeybees are not in any imminent danger of extinction,” writes Miller.

Whether or not the collective bee population is at risk or not in the current environment, there is no doubt that increased usage of Zika mosquito pesticides will have a negative impact on bees, if correct precautions are not taken.

The beekeepers of South Carolina and other states hope for progress in the future, and they are calling for warnings in advance of aerial sprays. “Nobody called me about the aerial spraying; nobody told me at all,” reports beekeeper Stanley. With a few minor changes and precautions, the negative effects of the pesticide on bees can be minimized, as per the CDC regulations.

While there are still debates over the potential for a collapse of the bee population, every little effort to protect colonies makes a difference.