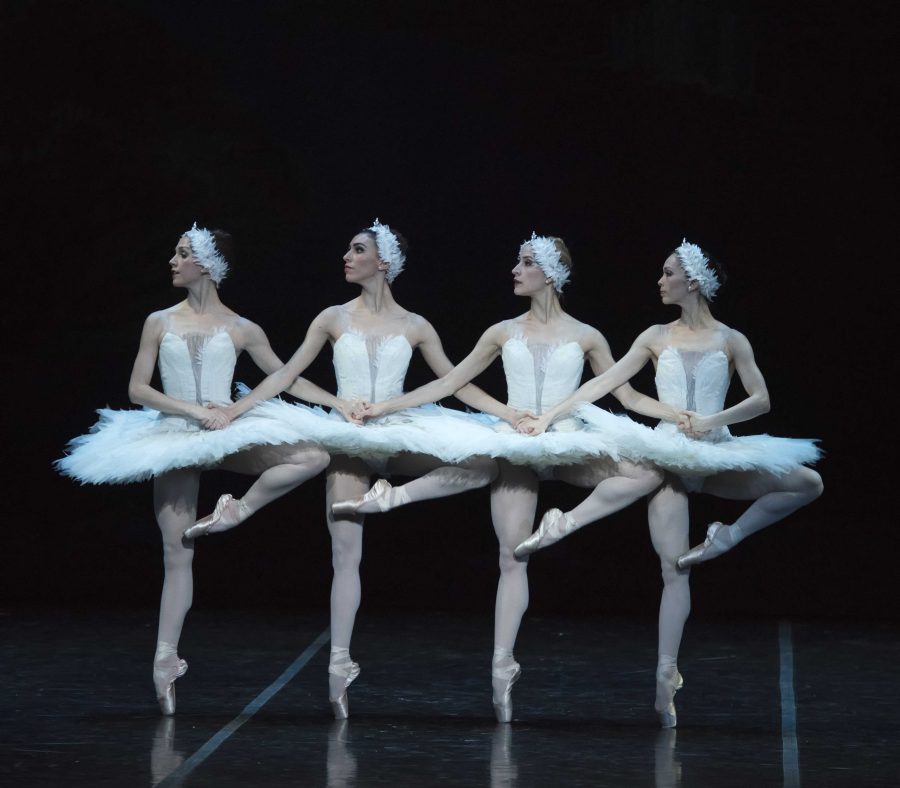 On Friday, April 29, the Boston Ballet performed “Swan Lake” for possibly the last time in years, and the show was truly spectacular. The cast was truly phenomenal as they transformed (almost magically) from scene to scene.

It is no secret that “Swan Lake” is infamous for its taxing choreography more than its storyline; indeed, it tends to plateau for the middle two acts before spiking at the end. The ballet tells the story of the young Odette, who is transformed into a swan by the evil Rothbart. She is cursed, along with her friends, only to become human while moonlight touches the lake. Throw in an evil alter ego, Odile, and a besotted Prince, and you have the rather twisted tale of the ballet.

It is a fact that “Swan Lake”’s choreography is among the most difficult and taxing on the body; Mikko Nissinen’s reimagined choreography is no different. The supremely talented Principal Dancer, Misa Kuranga, graced the stage as both Odette and Odile. The two swans are polar opposites in appearance and psychology; this makes Kuranga’s successful portrayal of both all the more impressive.

Her dances at the ball as Odile are sharply juxtapose with her softer alter ego in theatre and performance. She smiles, in an effort to “trick and seduce” the crowd; Odette never smiles because she is “depressed, sad, scared,” in the principal dancer’s own words. Kuranga’s 32 perfectly spotted and timed fouettés are as sharp as her eyes; it is truly a wonder that Prince Seigfried doesn’t pick up on the fact that this isn’t actually Odette. Kuranga’s leaps are perfectly timed, her partner work impeccable, and thus she succeeds in her seduction of not only the ball’s guests but the audience as well.

Kuranga is just as successful in the portrayal of the softer, sadder Odette. The choreography flows, from the swan arms to the grand arabesques that wonderfully convey her despair. Her distressed bourrées perfectly accentuate her need to escape her situation and her fear of being caught by the evil Rothbart. Indeed, while we smile and fall in love with the dazzling Odile’s duplicitous performance; we feel a tug in our hearts for Odette.

The music of “Swan Lake” is iconic, and may be what initially draws in many audience members. It is unlikely that anyone has not heard the overture, or “dance of the little swans.” The overture was just used in music form in Beyonce’s “Lemonade.” The music is much more than those beautiful, but at times over-played songs, however. It is emotional longing captured onto violin strings. It is note after note being strung around each other like the facets of a twinkling star. It is the source that creates the mood of the ballet, sometimes seamlessly unnoticed, and sometimes a call for attention as a tone has shifted. “Swan Lake” was Tchaikovsky’s first ballet, which changed how ballet music was thought of as an art form ever since. It is one of his best and most recognizable works. It is a soundtrack that tells a story in and of itself.

The escapist fairytale quality of Swan Lake is told largely through the lighting and set backdrops. First a detailed scene of a castle among a forest and lake is brought before the audience. There is a grand illusion of dimension that is not lost to the eye. Nightfall is brought gradually, through a change in lighting, and the dancers even bring on lanterns. Night continues on to the first lake scene, where a dazzling and gold crescent moon appears to be its own light source. The glow of such a velvety dark blue only seems possiblew in the fantasy told through the stage.

Hand in hand with lighting, the costumes express elegance in their simplicity and uniformity. Odile’s dazzling sequined black costume perfectly expresses her sinister intentions; the soft, sparkling white of the swans’ tutus are expressive of their identical plight.

Spending a night watching the masterpiece that is Mikko Nissinen’s Swan Lake is well worth any amount of money. Student rush tickets are available most nights at $25; students are urged to line up early as they are first come first serve. The ballet runs from April 29-May 26, the perfect study break or procrastination excuse.