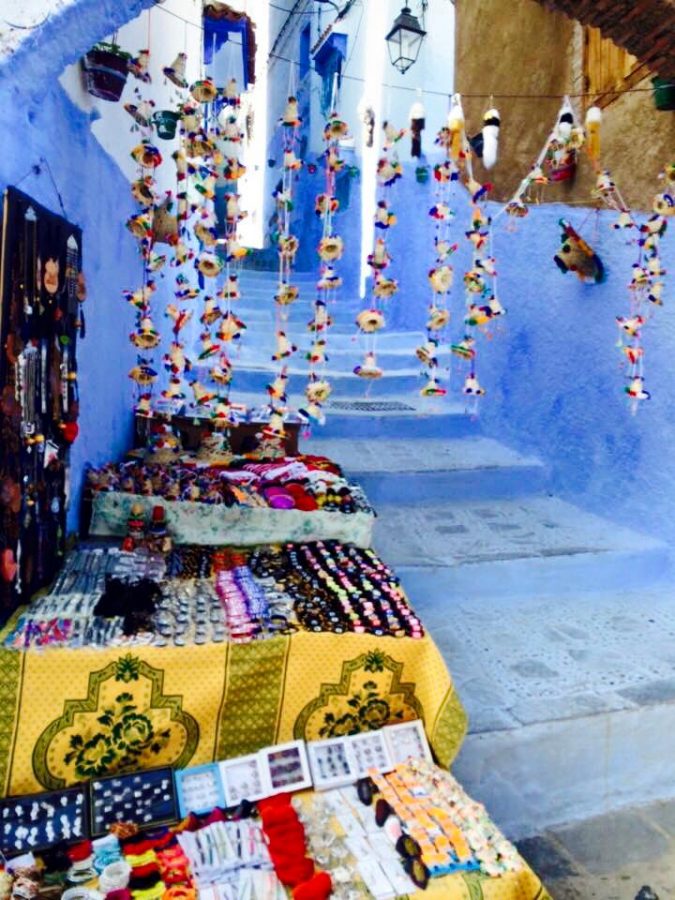 Morocco is a country of color—vibrant colors on the walls, in the streets, and on handmade rugs that mark the livelihood of generations of Moroccan women. It is a country that is very much linked geographically and culturally with Spain, where I have spent this semester studying abroad and interning at a consultancy called Atika Karam in Granada.

Atika Karam (AK), which in Arabic means “trust and generosity,” is a consulting company that specializes in international outreach primarily between Spain and Morocco, as the founders are a mix of Spaniards and Moroccans. They work with Spanish companies in the health sector that want to internationalize their services and products.

Their most recent project focuses on increasing access to healthcare for 10,000 Moroccan citizens by connecting hospitals in regions including Rabat, Tangier, and Oujda with the Health Science Technological Park in Granada, Spain.

As a marketing intern at AK, I am finishing up a multifaceted marketing plan (in Spanish) that focuses on argan oil and involves the U.S., Spain, and Morocco. Argan trees, otherwise known as Argania Spinosa, only grow in southeast Morocco and are currently endangered.

Typically, Moroccan women work in women-run cooperatives to cultivate and extract the oil to be shipped overseas. Argan oil has numerous beauty and health benefits, especially for people with skin conditions, such as eczema. Various studies suggest argan oil can help prevent cardiovascular disease, which is the number one cause of death for women in the U.S., according to the Centers for Disease Control and Prevention.

My marketing plan, therefore, aims to accomplish the following through argan oil sales in the U.S: invest in the well-being of both Moroccan and American women; bolster the local economy in Morocco; invest in health research regarding heart disease and the use of argan oil; and protect the argan trees’ environment.

My project centers around the themes of conscious consumption, social responsibility, and multiculturalism. Through argan oil sales in the U.S., United States women would not only buy a product for themselves, but would also support other women and their families in Morocco, which is not idle consumption. In fact, this plan hones in on social responsibility on the part of companies, such as Arganour, which sell products with argan oil, a very valuable resource.

However, globalization—the international exchange of ideas, products and the like—often carries negative connotations of diluted cultures that fall victim to commercialization.

While this can and has been the case for countries such as India, where Coca-Cola has overexploited and polluted water sources, globalization can, in the perspective of my own marketing plan, better unify people to understand each other’s cultures.

My internship at AK culminated in an academic and cultural trip to Morocco, where I experienced firsthand what it feels like to be in a whole new world. I began to better understand what it means to be the “other,” but at the same time I found welcoming faces. We visited several cities during our trip to see the scope of the country, which included Tangier, Tétouan, Asilah, Rabat (the capital), and Chefchaouen.

By far, my favorite was Chefchaouen, the city known for its blue and white buildings. My friends and I were invited into a local man’s rug shop to sit down and chat, where we learned that the owner had friends all over the world from New York City to Australia. He showed us a little stuffed animal kangaroo and told us about his and his wife’s plans to visit N.Y.

His wife, who didn’t speak English, wove every rug and blanket that they sold in their shop with wool from sheep, camel fur, and even cactus plants. Every piece they sold was made with natural dyes, all sold locally. I was in awe. I bought a turquoise blanket, which bears the markings of Berber tribes and the eye of protection, according to the shop owner.

I am very grateful for the opportunity to study abroad with the Granada Institute of International Studies (GRIIS), which opened up the door to my international internship at Atika Karam. I have strengthened my Spanish speaking, writing, reading, and oral comprehension skills and gained my own Spanish family, who I am determined to visit again one day.

Whether it is in Granada, London, or anywhere else, studying abroad is a true gift. For those who are interested in learning more about GRIIS, check out their website at griis.es.