‘Zootopia’ encourages viewers to work towards their dreams 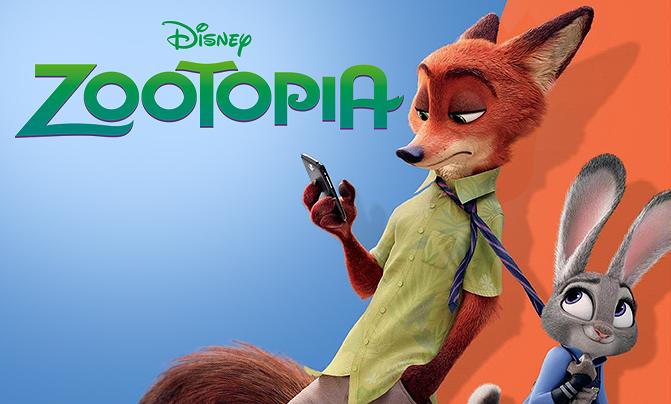 Everything that I had heard about “Zootopia” mentioned how it addressed complex social issues like gender discrimination and racial profiling, and it does do that. But first and foremost, “Zootopia” is an enjoyable kids movie about a relentlessly optimistic bunny and her reluctant fox sidekick.

Judy Hopps, voiced by Ginnifer Goodwin, is the first bunny  ever to become a cop. Although she is initially relegated to parking duty, she soon becomes embroiled in a missing persons case. With virtually no leads and her job on the line, she teams up with conman (confox?) Nick Wilde to help solve the case. The pair then go through the beats of any other buddy-cop movie.

They run in to a vast array of colorful characters, have an inevitable falling-out, then come back together to solve the case and save the day. The film tells a great message about never giving up on your dreams, and is filled with fun characters and enjoyable jokes.

Goodwin was the perfect choice to voice the plucky main character, as she has a sweet Disney princess voice that makes all of Judy’s sweetness and naiveté both believable and tolerable. Similarly, Jason Bateman was a great choice to voice her fox sidekick, as he is used to playing smarmy, sarcastic characters. The cast was filled out by other great voices, like Idris Elba as the police chief and Tommy Chong as a laid-back owner of a yoga retreat.

The movie also explored many other important issues. Nobody in Judy’s family wants her to become a cop, because that’s not something that bunnies do. She is thought less of within the department, and is only given the easy cases that nobody else wants to do.

Nick also has to deal with preconceived notions about him, although he deals with them differently. Foxes are thought to naturally be criminals, and since he was a child he was treated like one by everyone from teachers to peers. Nick decided that if everyone was going to treat him like a criminal, he might as well become one. This is meant to parallel how gender discrimination and racial stereotyping works, so it was interesting to see it played out on screen.

There were also smaller messages peppered throughout the movie. Bunnies could call other bunnies cute, but it wasn’t cool for other animals to say it. A sheep’s wool might look soft and fun to touch, but it was not okay to do so without permission. Judy said that Nick was very articulate for a fox, which he quickly pointed out was more than a little patronizing and insulting.

Of course, a lot of this probably would go over a child’s head if they did not know what was being referenced. But this movie is definitely a great starting point for conversation, and has lots of scenes that put complex topics into terms that kids can understand.

Kids are a lot smarter than many give them credit for, and are able to understand things when you address them at their level. And anybody could understand the messages about how bullying and mistreating others is not okay, and how important it is to have dreams and work hard to achieve them.

There were a few great scenes in the movie. The DMV was run by sloths, and their unbearable slowness was funny even if you have not dealt with the frustration that is the DMV. The desk clerk at the police station was delightful, as was Judy’s former-childhood-bully-turned-successful baker. My favorite scene came when Judy called her parents to tell them that she was on parking duty, and her father gleefully bounced around chanting, “meter maid,” excited that his daughter was not in any danger on the job.

My least favorite scene was in the yoga study, which turned out to also be a nudist retreat. I could have gone my entire life without seeing an animated animal nudist colony, but maybe that’s just me.

Overall, “Zootopia” was an adorable, enjoyable movie with an important message. I really liked how the movie did not just talk about the importance of following one’s dreams, but also about how important it was to put in the work. Respect and accomplishments are not freely given in life; they have to be earned. This movie understood that and explicitly showed it on screen, and was fun to watch as a result.