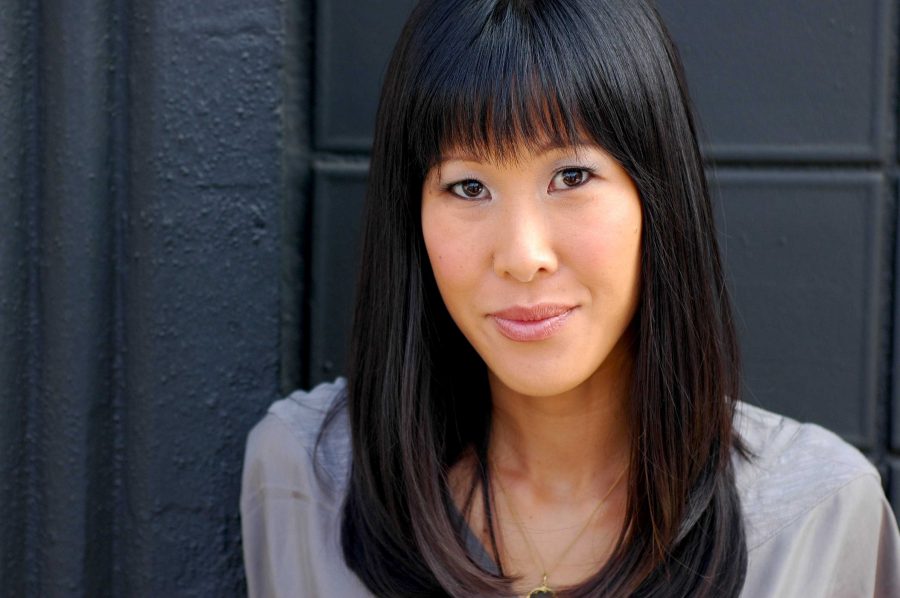 American journalist Laura Ling captured the world’s attention in 2009 when she and a fellow journalist, Euna Lee, were detained and imprisoned in North Korea for nearly six months after briefly crossing the border from China.

Ling was joined by the Simmons community this Tuesday as part of the Simmons Friars Leaders Program—a program that brings speakers to campus who have demonstrated excellence and success in a variety of disciplines.

Before addressing her time in North Korea, Ling spoke about growing up in northern California, an area she described as non-diverse. In a high school of nearly 2,000 students, Ling felt uncomfortable being one of only about six Asian students.

It was in this high school that Ling was first exposed to journalism, and she explained that informing others was both empowering and enlightening. In college at UCLA, Ling was exposed to more diversity and began to pursue journalism more seriously.

Diversity has certainly been a huge aspect of Ling’s professional career. As an international news reporter she traveled around the world reporting on many of the humanitarian crises facing people. In a video clip, she showed everything from drug violence in Mexico to peaceful protests in Myanmar.

Early on, Ling began to stress the importance and value of freedom. “It’s a luxury here that many people don’t realize they have,” she said. Ling illustrated this point with an example that not only demonstrated the importance and value placed on freedom by those who do not have it, but also the kind of diversity and variety of opinions she was exposed to through her work.

In Turkey—a largely Muslim country—Ling had the opportunity to cover the right of women to wear hijabs in government buildings.

“I think we are too quick to judge,” she said. Many women in Turkey feel oppressed not by a religion that may require them to cover themselves, but instead by a government that does not permit them to exercise their religion freely in public.

“It’s very easy to instead see ourselves as slaves to society regarding our own appearances,” Ling said of western standards for women in particular.

Trying to look at a situation from another perspective was a key component to a lot of what Ling had to say. After describing her capture and imprisonment in North Korea, where she was kept in an unlit cell alone, Ling went on to describe the humanity she saw in her guards.

The female guards she first believed to be “perfect pieces of North Korean propaganda” who were “quick to spew rhetoric about their leader and against the United States” later became the people who helped her through her imprisonment. In one of the most surprising moments of her imprisonment, a guard reminded her to “always have hope,” Ling recalled.

Ling and Lee were released in August of 2009 after former president Bill Clinton agreed to visit North Korean then-leader Kim Jong-Il. Ling speculated that much of the reason Clinton was able to help free them was simply because Kim Jong-Il had wanted to meet him. She explained that after the death of his father Kim Il-sung in 1994, the U.S. president was the first to call and send condolences.

Towards the end of her speech, as she began to sum up many of the important topics she had covered, Ling really began to stress the importance of gratitude.

“Being grateful to see a butterfly outside my window even though I couldn’t breathe the fresh air helped get me through,” Ling said of her imprisonment. Ling made it clear throughout her speech that freedom is something we should all be especially grateful for; this became clear when she talked about not only her captivity but also about her experiences covering stories around the world.

One of the most notable things about Ling’s story is how much she hopes to redirect the attention from herself. From the moment she was released, Ling has continued to cover issues that still cause major problems in society.

In 2009, just weeks after their release, both Ling and Lee told the New York Times they hoped their story would not overshadow the story they had initially gone to report. Ling and Lee were in China to report on the lives of refugees from North Korea—largely women—who came to China only to be sold into marriage or trafficked.

After returning from North Korea, Ling continued to report on difficult stories. Today, she spends most of her time focusing on stories that seem to overwhelmingly affect young Americans, such as depression among American teenagers.

The importance of covering a story, even when reporting on it is risky, became another important component of Ling’s talk; stories with more risk tend not to be told because of the risk they possess. “Leaving certain issues ignored can be detrimental to society,” said Ling.