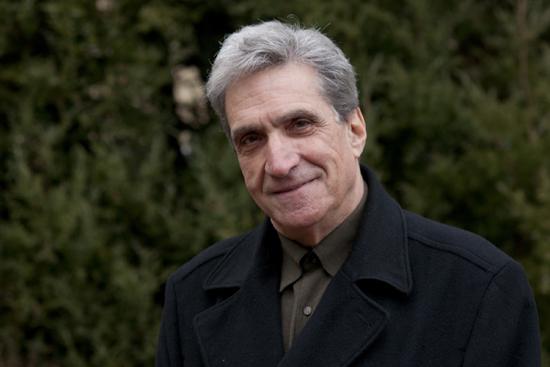 By B. Considine
Contributing Writer

On March 17 at 5 p.m., for the annual Robert M. Gray Lecture, former U.S. Poet Laureate Robert Pinsky presented “Foundling Culture: A Poetry Reading.” Through the poetry reading, Pinsky invited the audience and Simmons students in particular to contribute their own questions and experiences with culture and identity.

Pinsky focused on how his work fits into American cultures, recognizing that culture, like identity, is not singular and is in fact highly diverse. The reading included previously published works of his such as “Shirt” as well as several works from his upcoming collection At the Foundling Hospital, featuring poems such as “Samurai Song,” “Creole,” “Mixed Chorus,” and “Foundling Tokens.”

Going into Pinsky’s reading, I was unsure of what to expect. I admit to some  concerns of a whitewashed Americana preserved in poetic form.

Instead, Pinsky delivered a  highly engaging and thought­-provoking reading about identity and democratic culture. Unlike a  number of public figures, Pinsky recognized that democratic culture in the U.S. was still a work in  progress; were it to advance past  such a state, I believe it would still be in progress due to the shifting and developing needs of the U.S.

While presenting published as well as unpublished works, Pinsky remained critical of  his own presence in American culture.

By engaging the audience, particularly students, Pinsky presented a window into his works that opens into the various cultures that compose the American identity.  Pinsky is one of the few people I’ve met in a position of academic authority who recognizes and  accepts how multifaceted individual identity and culture are.

After Pinsky read  his poem “Creole,” I recounted an experience with a previous professor who essentially wrote off my American experience—­­influenced by biracial background, yet undoubtedly American­­—as abnormal for not matching his homogenized experience as a white American.

Though “Creole” focused on cultures not my own, Pinsky’s reading evoked a sense of  nostalgia from me. Surnames are identified as names which all “signify someone’s been away  from home for a while,” while intermixing of peoples creates children and Creole languages.

My mother has often had her life’s narrative written as that of a foreign war bride my father came home with. This identity is not inherently invalid, but for all that she is ethnically Chinese, my mother’s family has lived in America for generations.

I can still trace some of our culture specifically to our Chinese background; as Pinsky said, assimilation is an inadequate term for how American identity and culture integrate.