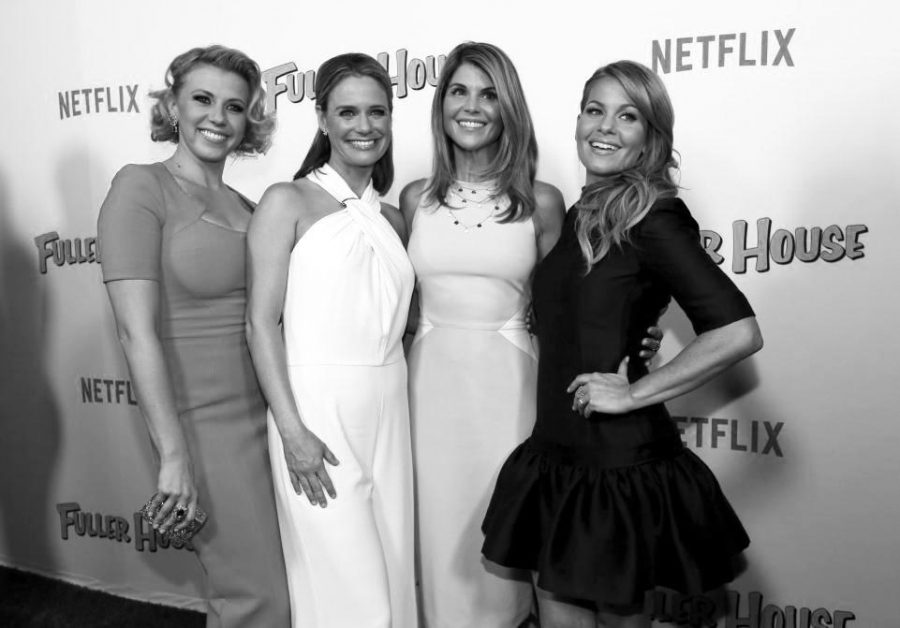 There is only one thing to say about it: have mercy.

Admittedly, there are mixed reactions out there. For me, however, the pilot was perfect. It brought back so many memories and was full of so many references to the original “Full House” that I was almost in tears every other line. Nothing has changed; and yet, somehow, everything has.

The theme song is the same, as is the opening shot of those famous San Fran Victorian townhouses. Carly Rae Jepsen sings the theme song, and I’ll admit that this is the only thing that left me with a funny feeling. For each actor, there is a throwback from the beginning and end of the show; the set is the same, but also a bit modernized.

The guys, the trio at the center of it all, are the same in the best way. Uncle Jesse is like wine—he just gets better with age (can’t take credit for that line, I read it somewhere). He sounds the same, he still says “have mercy,” he still does Elvis impressions, and is obsessed with his hair. Of course, it’s not like they’re stuck in the 90s. One thing was clear as I watched the pilot: the writers maintained the mix of wholesome family humor and slapstick comedy, but with a modern update.

Joey makes his appearance by climbing up the stairs from his old basement bedroom, wearing his classic Bugs Bunny cartoon pajamas. In case we didn’t get it, Uncle Jesse teases him about being in his fifties and still being obsessed with cartoons. Danny is still the same old awkward, well-meaning, trying to be fun but really killing the vibe dad. He’s still a “lean mean hugging machine” (to quote him from an earlier “Full House” episode) and he still is obsessed with cleaning. The best part is this: their banter is just like the old days. This cast, especially these three, slipped back into their old dynamics so well.

Perhaps the best part was all the references to the original series. In so many ways, this pilot was an homage to “Full House.” Kimmy Gibbler is still a pain in everyone’s butt, who comes in without knocking and makes fun of “Mr. T.” That’s half the reason we all laugh when Kimmy says lines like “I’ve been waiting 20 years to hug the king of all huggers” and “I don’t know if you guys know this, but I’ve always wanted to live here.” It’s the perfect mix of old and new.

D.J.’s middle son, Max, is a wonderful homage to the sassy, adorable baby Stephanie. Ramona is everything Kimmy’s daughter should be: smart, witty, and with just the right amount of quirk. D.J. and Steve still have chemistry, Steve still loves food, and Danny Tanner even admits he might “Gibbler miss” Kimmy in some “odd, twisted way.” Stephanie has a touch of Uncle Jesse in her: she’s been traveling the world, is into music and is a deejay, and wants to live life free with no strings attached. D.J. has grown into the beautiful mature mom we all knew she would be: smart, and maybe a little too responsible.

What emotions does the reboot evoke? Nostalgia. The final, best reference was the split screen showing the cast singing the “Flintstones” theme song to Michelle and to Tommy; and if that doesn’t make you cry, well, then can you even call yourself a Tanner? Perhaps the subtle (good natured) shade thrown at the Olsen twins was your favorite part, or maybe it was watching Max beg for a puppy and being reminded of Stephanie begging Danny to let them keep the stray dog they found.

Watch it for the humor. Watch it to see your favorite cast all grown up. The comedy has just the right amount of self deprecation, with all the necessary references to all the “dad talks” and hugging that went on.

For those of us who know the rest of “when you’re lost out there, and you’re all alone…” by heart; for those of us who can sing the theme song word for word, while hearing the exact tune in your mind: you can go home again.