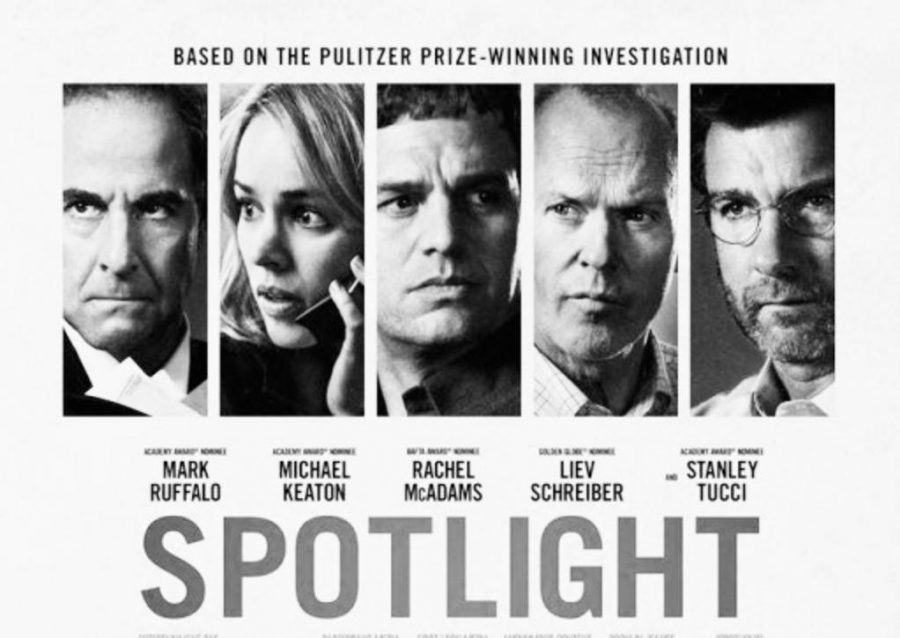 “Spotlight” just won Best Picture at the Academy Awards, but that’s not going to bias my opinion towards the movie. In fact, it would probably be more likely to bias me against the movie, considering how often I have disagreed with the Academy in the past. There are, however, a few biases that I was carrying into this movie with me: I love movies about Boston, I love movies about journalism, and I love Rachel McAdams.

“Spotlight” depicts The Boston Globe’s investigation into the sexual abuse of minors by priests in the Catholic Church. This is an undeniably weighty topic to cover, and the film succeeds by giving equal attention to both the reporters investigating the abuse and the victims of said abuse.

The victims are an important part of the story, and “Spotlight” makes sure that they are given the attention they deserve. In fact, the film makes the important distinction that these people are survivors, not victims. The discussion of sexual abuse was frank and disarming, with focus on how predators target their victims and how they groom them to be susceptible to the abuse.

The whole atmosphere of the film was muted and soft, and there was a palpable sense of fear and discomfort coming through the screen in many of the scenes. The movie followed the reporters throughout the investigative process, and I couldn’t help but get swept up in it.

The Spotlight investigative team in the movie is led by Michael Keaton and filled out by Rachel McAdams, Mark Ruffalo, and Brian d’Arcy James. Each of them gives a stunning performance and fully develops their character.

Ruffalo gives perhaps the most in-your-face performance, as his every move is twitchy, anxious, and unbridled. McAdams is much more muted but still quietly devastating, especially during the scene in which she interviews one of the priests being accused. She was not expecting to actually get to talk to him, and was bemused by his attitude towards the situation.

James has gotten less attention than his co-stars in this movie, but he has one of the most powerful scenes in the film. During his research he realizes that one of the rehabilitation centers for straying priests is near his house, and frantically puts a sign on his fridge warning his children to stay away from it.

My one major complaint about the movie was the scene where Stanley Tucci says he is Armenian and Mark Ruffalo says he is Portuguese. Both men gave fine performances, but I laughed out loud when they said that, as they so clearly are not.

The film ends with a list of locations around the globe where sexual abuse by priests has been revealed, and the sheer number is both devastating and understated, the perfect encapsulation of the film itself.