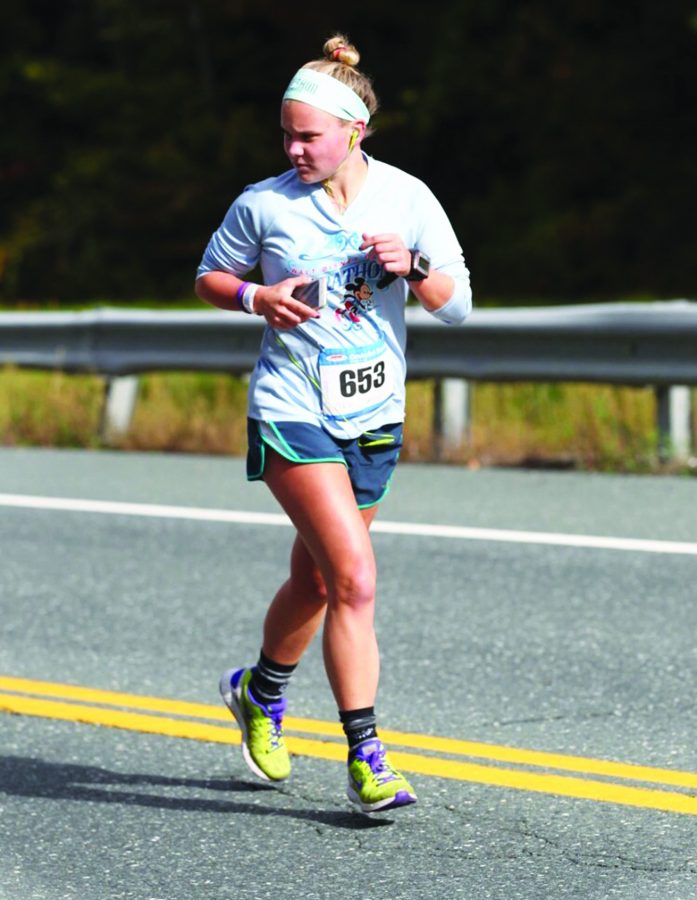 In light of her nearing departure to Rwanda for a semester-long study abroad program in journalism, the Voice caught up with Lindsey Stokes about her time at Simmons, her work as a writer and news editor for the Voice, and her experiences in foreign affairs journalism.

Before transitioning into the role of Voice news editor, Stokes was a staff writer who often contributed to Simmons news pieces.

“I started submitting pieces regularly at the beginning of last year, and then that kind of developed into me just going after bigger stories and writing them and then having them published,” Stokes says. “That transferred into me figuring out that news is a cool cat thing, and then I became the news editor.”

To date, one of her favorite articles is a piece that she wrote last year about a group of students who went missing during a Simmons event two summers ago.

“It wasn’t a really pleasant topic to write about, and there wasn’t a whole lot of information,” says Stokes of the writing process that went into the piece. “But I feel as though it made a lot of people pay attention. I learned a lot, too.”

Stokes is a tireless news editor, always scouring her sources in order to report on breaking Simmons and Boston news.

“The front page of each issue of the Voice is all Lindsey,” says Kate Joseph, the Voice sports editor. “Not just because she typically authors most of the news section, but because she’s on top of news and writes stories that are interesting and pertinent to the Simmons community.”

“She is, in every aspect, the embodiment of what a true journalist should be: an avid investigator, an unbiased observer, a superb writer with the ability to capture a whole story in just a few well-placed sentences,” says co-editor Jessie Kuenzel. “Above all she has that indescribable burning fire that drives her to learn anything and everything she can and to not shy away from difficult subjects.”

Constantly on the lookout for new stories, connections, and information, Stokes is relentless.

“I’m nosy, so I like knowing everything,” says Stokes. “I think that the Voice staff is a great community to be a part of, because everyone here really cares about what goes on at Simmons, and cares about the Simmons community, and cares that the students are well-informed and have an outlet to speak out if they need to.”

Stokes first developed an interest in journalism when she was attending Keene State College, before she transferred to Simmons her sophomore year. While attending a guest lecture held by Keene State’s Genocide Studies Center, Stokes found that she had several questions she wanted to ask the speaker, who was a survivor of the Bosnian genocide in the 1990s.

“This thought, this question popped into my head, and I felt horrible about it at first, but when the question and answer section came up, I thought I’d just ask it and see where it went,” Stokes recalls. The question she asked of the speaker was “Would you change everything if you could?”

Stokes describes his response as graceful, saying, “He was impressed with my question and made a point to say so,” and she notes that the interaction stuck with her significantly.

“Conversing with someone who had been through such trauma and then having them react in that way made me realize that that was what I wanted to do with the rest of my life,” Stokes says.

Stokes retained that interest after transferring to Simmons, taking classes such as Ambassador Bellamy’s course Crisis and Transition in Contemporary Africa. She also studied human rights post-apartheid in South Africa with Professor Dan Connell two summers ago through a Simmons travel course.

“I saw things from a different perspective, I heard stories that were both gut-wrenching and hopeful, and I saw things that I had never seen before and met people with an incredible spirit,” Stokes says of the experience. “It was probably one of the best decisions I’ve ever made, to start my foreign correspondent journey there.”

This spring, Stokes will be traveling to Rwanda to study abroad, an uncommon pursuit for second-semester seniors.

“I thought that as a senior, my time to study abroad is past,” says Stokes. “But I found this program, and I thought, wow, this is really something that I care about.”

Ultimately, Stokes’ goal is to be a foreign correspondent. “I’m very passionate about global affairs journalism, passionate about finding out what’s really going on and shining light in dark corners,” she says in response to the ever-feared “what comes after graduation?” question. “That’s the top of the mountain for me.”

Outside of her journalistic pursuits, Stokes is also a runner, and is preparing for her second marathon, which will take place in four weeks. “I’m actually trying to beat my time by an hour and a half,” Stokes laughs. “Everyone keep your fingers crossed that I make it over the finish line and don’t die so I can go to Rwanda.”