Kate Joseph casts her spell at Simmons and beyond 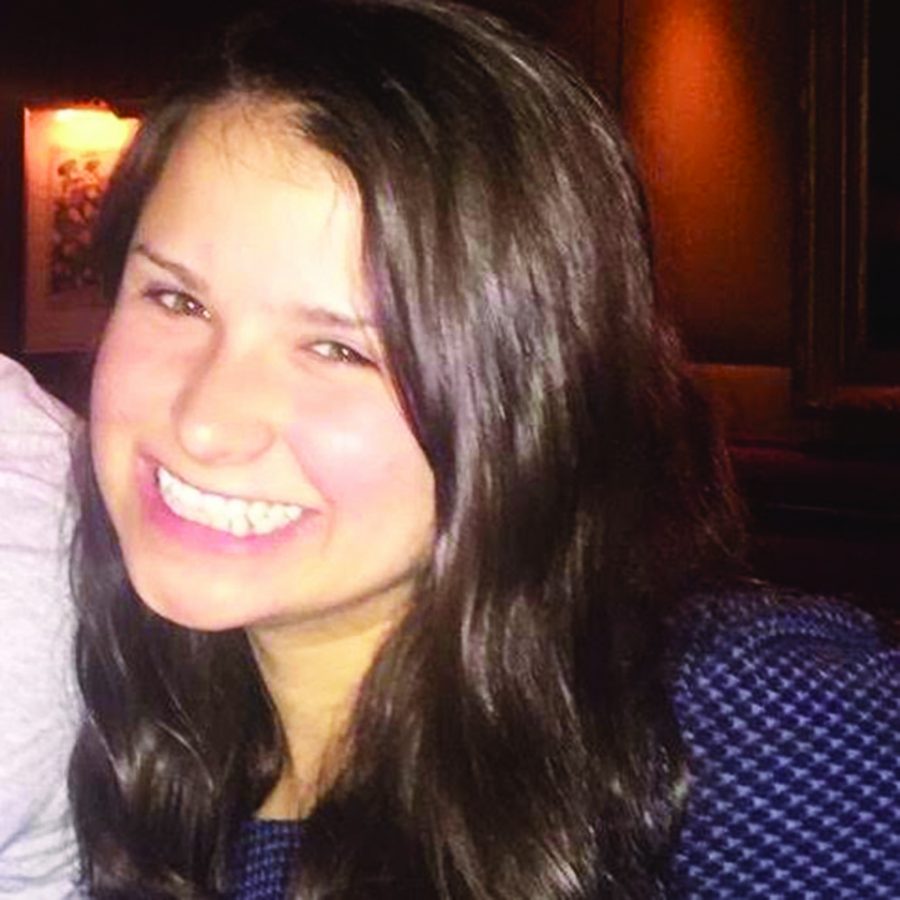 Joseph, whose love of writing brought her to the newspaper early in her career at Simmons, is graduating at the end of the month—after only seven semesters—with a communications degree in both journalism and media arts.

Graduating early is an impressive feat of any student, but in Joseph’s case it is especially remarkable because she managed to balance taking on a more-than-full course load while also working as a dedicated page editor and writer for the Voice. If that wasn’t impressive enough, Joseph also managed to find the time to study for a semester at Disney World’s incredibly competitive Disney College Program in Orlando, Florida.

“Kate was dedicated to the Simmons Voice from the get-go,” said Simmons alum and former sports editor Nafeesa Connolly. “I could always count on her to knock it out of the park. When she did her stint with Disney, I knew I’d miss her because she was so valuable to the Voice, but I was ecstatic to see her get that experience and finesse her leadership qualities. And now, here she is as a senior! Time flies. She was a delight to work with and it was awesome to see her improve with each story. I wish her nothing but the best after graduation!”

Connolly, who is now working for Northeastern University’s Athletic Communications department, worked closely with Joseph from the start.

“I got involved with the Voice a couple weeks into my freshman year,” said Joseph. “I first started writing for the sports section each week and became a page editor at the beginning of my sophomore year.”

Although the majority of her career at the Voice was nominally as the Sports editor, in reality Joseph’s writing was a staple across the many genres of the Voice.

Despite her title as sports editor, Joseph’s passion lay in writing for a section of the paper that was not her own. “My favorite part of working for the Voice has been writing A&E articles,” she said. “I’ve always loved TV and movies, but getting to write about them has made my interest in them even deeper.”

While her love of TV and movies may always have been strong, there is no doubt that her semester in the Disney College Program strengthened that passion.

Joseph, who is a life-long lover of Disney—her favorite Disney movie is “Ratatouille” and her favorite character is Rex from “Toy Story”—found a way to capitalize on her love of TV and movies while still in school through the Disney College Program.

Anyone who knows her work her can attest that, after her return from her semester “abroad,” her writing blossomed from “great” to “remarkable,” as her voice, and passion for her the subjects she was writing about shone through in every article.

“Kate writes really fantastic reviews,” said co-editor Katie Sittig-Boyd. “They always make me laugh, and her writing always makes me want to go seek out the book or movie or Netflix series she reviews.”

After she graduates in a few weeks, Joseph will again be returning to Orlando. “After I graduate,” she said, “I will be going to work at Walt Disney World in Florida, which I did in spring 2014. After that, I’m planning to come back to Boston and start my career in journalism and media.”

Although the sports page, the A&E page, and everyone here at the Voice will miss her dearly, we wish her all the best, and know that she is going on to do great things. There is no doubt Kate Joseph will forever be fondly remembered any time a Disney classic or “Book of Mormon” song comes onto our Pandora stations.