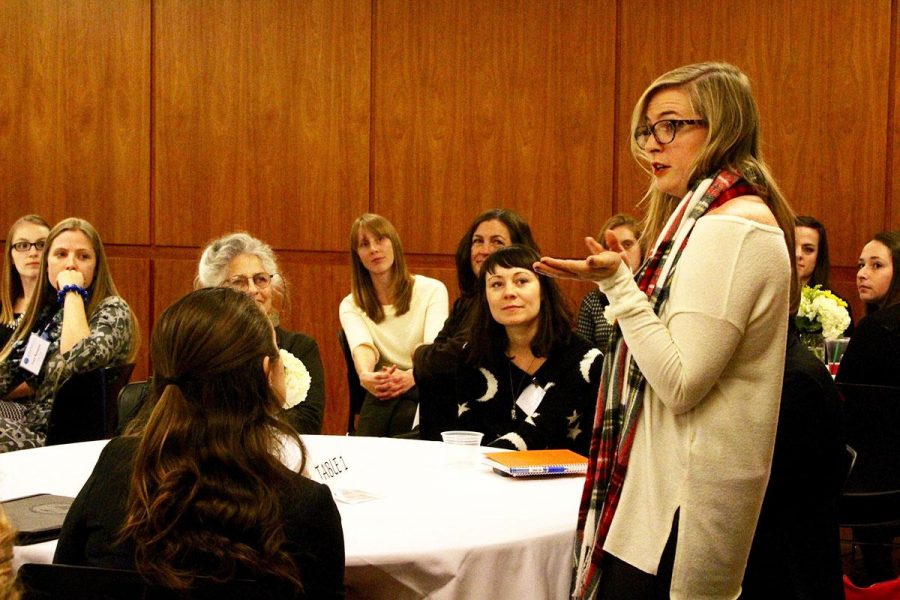 On Monday, the 2 Annual PRSSA Networking Dinner brought together communications alums, students, and faculty for a night of professional and friendly connections.

There were 19 alums that attended the event and numerous students with communications and management-focused majors. Although there were many alumnae, the main takeaways each alum gathered from their involvement in the Communications Department were very similar.

“I learned how to be a Jill of all trades,” said Lydia Hardy, class of 2011 and Assistant Lab Manager here at Simmons College. Hardy graduated with a degree in graphic design.

Alums agreed with her emphasizing the importance of taking classes outside of one’s major to become well-rounded professionals. One such skill included understanding how to use HTML or graphic design. If the company a person works for is small, that person may be asked to go beyond their realm of knowledge in completing projects that require advanced skills. Thus, taking classes outside of one’s major can give a person a leg up over other candidates for the job.

Other alums similarly mentioned how classes such as Studio 5 give students real-life experience by exposing them to client work. Studio 5 made them feel well-prepared for their careers in understanding how to work with different people. Alums recalled how this class taught them the importance of collaboration. Studio 5 allows students to try on various hats, such as that of project manager, which forces the students to hone their communication skills.

Other main takeaways included the value of networking. Alums emphasized that connections are vital. Whether the connection is recent or from two years ago, keeping in touch with professional contacts may land students their next job after graduation.

Incorporating one’s passions into their work is equally as important as networking. Alums agreed that employees should ask themselves a few questions regarding their job: are they doing what they like? Are they growing? Answers to these types of questions should indicate to the employee whether or not they need to change jobs. Many alumnae switched jobs several times within the first few years upon graduating.

The PRSSA Networking Dinner was successful in bringing together current and past Simmons students and served as another strength within the Communications Department.