Trial to begin for teen accused of rape, murder 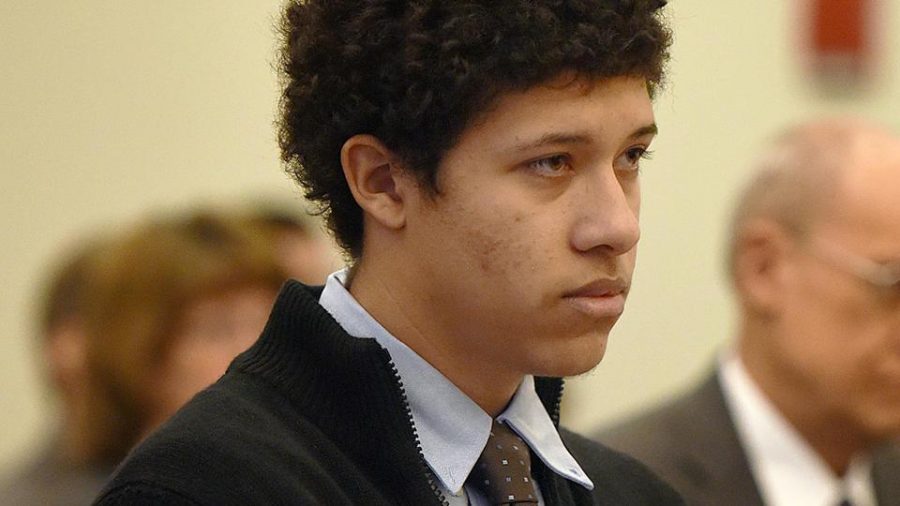 From the Boston Herald; photo by Patrick Whittemore

A Danvers teenager accused of raping and murdering his 9th-grade math teacher is headed to court. Jury selection in Philip Chism’s trial for the murder and sexual assault of his teacher, Colleen Ritzer, will begin in Salem on Wednesday.

Chism, who was 14 at the time of Ritzer’s death, has been charged as an adult. The case has shocked students and teachers alike who remember Chism as a quiet, standout athlete and Ritzer as a friendly, enthusiastic teacher.

Chism’s lawyers plan to use a mental health defense. Though no specifics about the defense have been released, Chism’s mother told police he had been under extreme stress following her divorce for his father, and their recent move from Clarksville, Tennessee to Danvers.

According to several students, Ritzer asked Chism to stay after class on the afternoon of Oct. 22. A student who was also in the classroom when Ritzer and Chism spoke said when Ritzer mentioned the move from Tennessee Chism became “visibly upset.” Ritzer changed the subject but according to the student Chism began talking to himself.

Well-known forensic psychiatrist Dr. Richard Dudley Jr. has been retained by the defense to testify as an expert. Dudley has testified for a collection of high-profile defendants, including Joshua Komisarjevsky, one of two men convicted in the 2007 murders of a Connecticut woman and her two daughters; Brian Nichols, the Georgia man who killed a judge and three other people after escaping during his 2005 rape trial; and Colin Ferguson, the Long Island railroad shooter who killed six people and wounded 19 others in 1993.

The prosecution is expected to use school surveillance video that reportedly shows Chism following Ritzer into a school bathroom wearing gloves and a hood then walking out alone twelve minutes later. The video is also reported to show Chism pulling a recycling barrel through the school and outside, the same barrel that was found near Ritzer’s body.

Chism was located hours after the discovery of Ritzer’s body walking along Route 1 in Topsfield with a blood-stained box cutter, Ritzer’s identification and credit cards, and a pair of women’s underwear in his backpack.

A videotaped confession of Chism, telling Danvers police that Ritzer provoked the attack by using an undisclosed “trigger” word, will not be used by the prosecution as Judge David Lowy ruled Chism was not fully aware of his constitutional rights at the time.