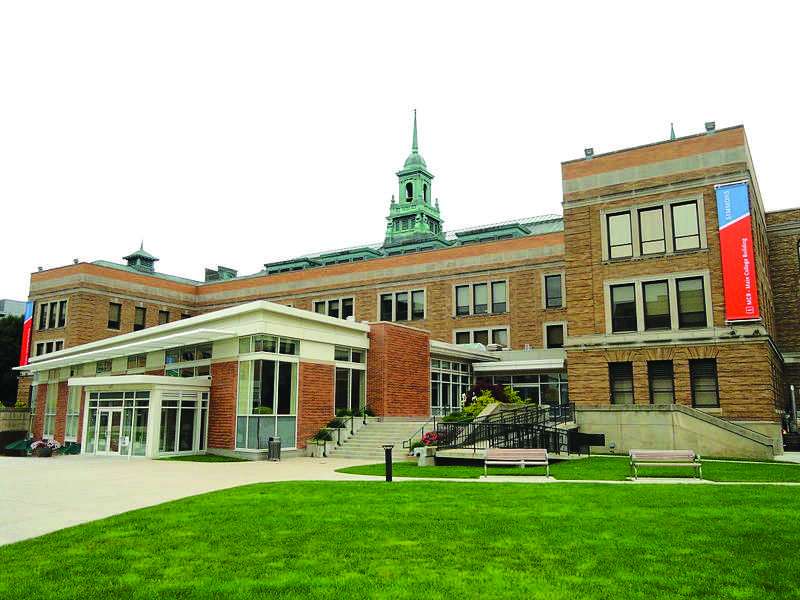 On March 12, while most students were enjoying their spring breaks, an email sent by President Helen Drinan reported that the board of trustees approved a 2.7 percent hike of tuition and fees for the 2015-16 academic year.

The dollar amount crunches out to $54,075 for full-time undergraduate resident students, a $1454 increase from the previous year.

Though the amount may seem trivial to some, the fact remains according to collegecalc.com, a website that weighs the overall cost of education at specific universities, at least half of what Simmons students borrow will need to be paid back.

According to John Dolan, vice president of enrollment management, Simmons students and their prospective debt factor into every decision the board of trustees makes regarding tuition and fees. Student surveys, testimony from student financial services counselors, and statistical data such as class registration, median family incomes, and student loan default rates, or how many students are unable to pay back borrowed money, all factor into pricing models.

“We try to look at it in layers,” said Dolan.

Simmons trustees are not the only ones keeping an eye on student default rates; so too is the government.

“[Your institution] can’t have [federal] student loans if you get over a certain default rate,” said Dolan. “The national average is 8 or 9 percent… Its one of the most important metrics we consider when coming up with the pricing strategy.”

According to Dolan, Simmons students default rate is around the same as Ivy League universities like Yale, whose default rate in 2014 was around 2 percent.

“It is just a number,” says Dolan, “but it does inform me that Simmons graduates are getting good jobs, they’re living their responsibilities, and they’re paying their loans back.”

“That’s a pretty big margin,” says Dolan, who also reports that were a tuition increase based on numbers such as first year deposits, and rate of applications received, tuition increase at Simmons for the 2015-16 academic year would be as high as 7 percent.

“There is great sensitivity because look what a 7 percent increase would do to families,” Donlan said.

So where exactly is tuition going? According to Dolan, Simmons is a tuition-based institution. That means tuition pays for just about everything, including financial aid, maintenance, healthcare, food service, and faculty and administrator salaries.

Student reaction has been mixed, with most students reporting they’ve heard no one on campus mention the increase.

When asked what she thought about the tuition raise, Simmons junior Fernanda Tapia said she wasn’t surprised.

“They’ve done this before,” said Tapia. “I wasn’t outraged about it for myself—I was more upset for my fellow students.”

Tapia, who thanks her mother’s good credit for her ability to attend Simmons, acknowledges the hardships tuition rises place on many students and their families. “I know a lot of students will have trouble paying back every cent of that $1,400,” Tapia

But junior Lizzy Howes, a coordinator for the Up to Us national debt campaign at Simmons, says students of all economic backgrounds should be outraged.

“I think it is fundamentally unfair to shift the burden of fiscal responsibility onto the students,” said Howes. “Our financial problems are not caused by our students, they are caused by carelessness in the school. There are so many places we could look for a sustainable way to balance our budget and the school isn’t trying, they just see the problem and push it onto us.”

Howes offered numerous solutions to the budget problem, including cutting back on residence life staff, decreasing the events budget, and cutting the President’s salary.

Howes said one of her greatest fears is that Simmons has forgotten about its students.

“They cut SURPAS,” said Howes, referring to the acronym for Summer Undergraduate Research Program At Simmons.

The program was put on “pause” by Provost Conboy for the 2014-15 academic year, “It’s not even that expensive and [this action] shows that they do not care about the students at all.”