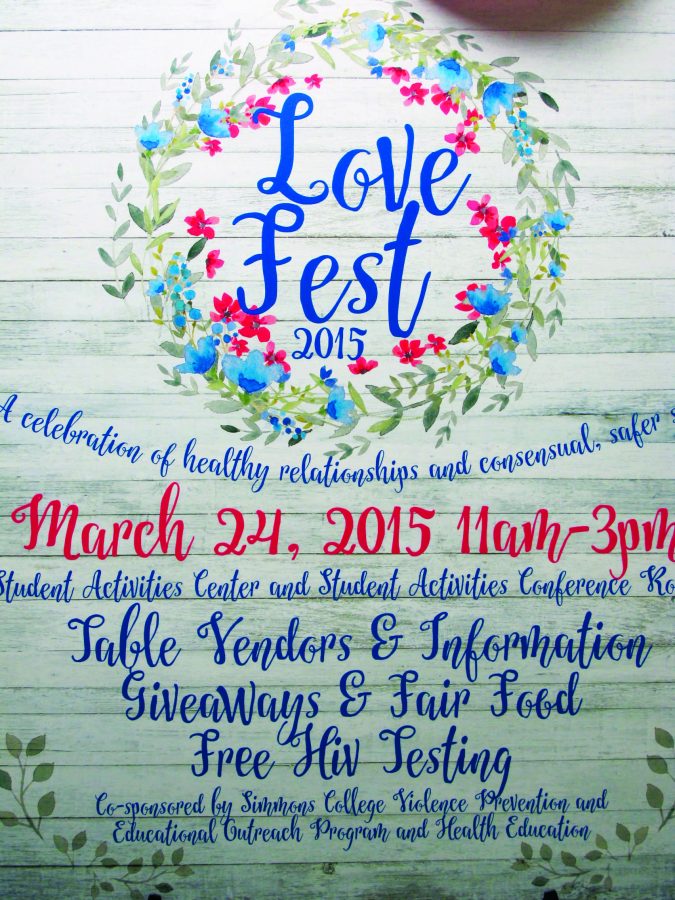 Surprise, intrigue, and at times a little embarrassment marked the first ever LoveFest, a celebration of healthy relationships and safer consensual sex on Tuesday in the Student Activities Center.

“Student reaction has been fantastic!” said volunteer Ashley Converse. “They keep saying, ‘Wow this is great, you’re covering everything!’”

Converse sat ready to answer questions and discuss goals at a table that highlighted both healthy and unhealthy LGBTQ relationships. The table used well-known TV couples, including Blaine and Kurt from “Glee”, and Lena and Stef from “The Fosters” as a guide.

Health Center volunteers offered a step-by-step guide to gynecological exams, including what to expect and why they are important.

The guide included the common tools used in an exam, as well as a “How Well do you Know Female Anatomy?” quiz, which offered candies shaped in the form of genitals for the grand prize.

A “Goddess and Sex Educator” from adult novelty store Athena’s Room was also on hand to discuss the proper use of sex toys as well as allow for sampling of lotions and creams.

Free HIV testing was made available for all students. According to Converse, the Health Center helped share the cost of the test in order to keep it free and open.

Seven students were reported to have taken the test within the first hour; By hour three that number jumped to twelve.

“Do you have any questions?” was uttered constantly by dedicated volunteers among laughter and lengthy conversation.