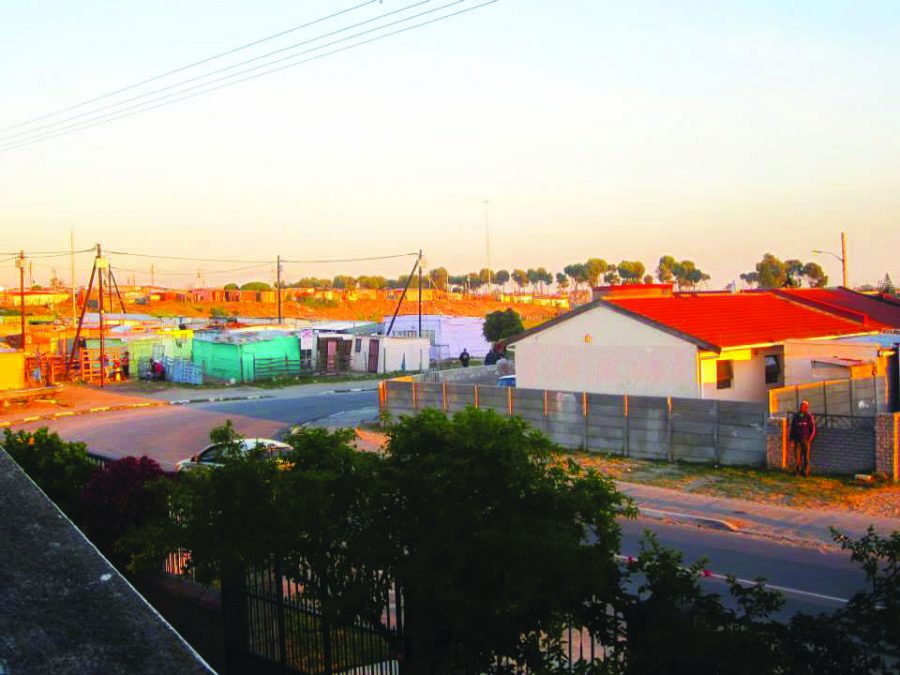 Since the fall of the racist apartheid system in 1994, the African National Congress (ANC) has maintained control of the South African government.

The ANC, which was formed in 1912 to bring all Africans together to defend their rights and freedoms, specifically against the white supremacist government, continues to dominate in the polls, winning by a landslide in each national election.

However, while the ANC won by another wide margin in its fifth election on May 7—its fourth since Nelson Mandela was president —its popularity is fading. The party received 62.15 percent of the vote, a notable decrease from the 65.9 percent they received in the 2009 election.

This decline, though marginal, indicates a gradual shift in party loyalty that could escalate in future elections if South Africans do not see the ANC make tangible headway in addressing inequality, unemployment, and poverty.

A growing number of South Africans are disappointed with the ANC, because its policies have not delivered on post-apartheid promises. The ANC has vowed to improve the quality of life for all South Africans by constructing thousands of new homes and creating new jobs. However, 20 years after the fall of apartheid, thousands of South Africans have inadequate housing, are unemployed, and have limited access to water.

Thousands live in informal settlements that often lack electricity and running water. Their tin shacks provide inadequate security and protection from the weather, leaving families shivering on cold winter nights and burning on hot summer days. Children often go to bed with rumbling stomachs and wake up without a warm meal to energize them for the day ahead.

South Africa has one of the worst unemployment rates in the world. Less than half of the working age population is employed, and the figure worsens for black men under the age of 25.

Many people are disenchanted and say that the ANC has proven to be more talk than action. The people seem to be losing trust in the ANC.

“They promise, but they don’t deliver,” said Noor Ebrahim, founder and curator of the District Six Museum in Cape Town, a shrine to a multiracial community destroyed by the apartheid regime in the 1960s.

President Jacob Zuma, the head of the ANC who was elected to serve a second term this year, was charged and acquitted of raping a family friend and has faced numerous charges of corruption, money laundering, and fraud.

“Whenever he makes comments or remarks, he creates a storm,” said Mandla Majola, the coordinator of the Khayelitsha branch of the Treatment Action Campaign, an activist group formed in 1998 to pressure the government to respond to the HIV/AIDS epidemic which now deals with a range of social and economic issues.

With anger and frustration in his eyes, Majola shook his head in disgust. “It worries me how far the ANC will go to push its own agenda,” Majola said, charging that the ANC is using Mandela’s name to get votes and it is time to move forward.

The ANC no longer cares about the people on the ground, he added.

There are approximately 700,000 people living in Khayelitsha, a black township on the outskirts of Cape Town, the majority of whom are living in tin shacks without electricity or running water. Due to the lack of chemical toilets, young women and children are often beaten and raped at night on their walk to relieve themselves in an open field.

“The ANC liberated us?” he asked quietly. “I beg to differ.”

“It is wrong when you have two worlds in one city,” he added.

A short 30-minute drive from Khayelitsha is the bustling Victoria and Alfred Waterfront. The tourist complex, which features copious shops, restaurants, and South Africa’s largest ferris wheel, is a popular destination for Cape Town’s middle class.

While the ANC lost votes in this election, many people decided not to vote at all. Of more than 31 million eligible voters, just under 60 percent showed up to the polls, while the remaining 40 percent stayed away.

“Nobody deserved my vote,” Majola said.

“The legacy of apartheid is very much here,” said Heather Goethert, macroeconomic analyst at the U.S. Embassy in South Africa.

“Our people have not moved on,” Majola said. They still have issues with color and fear apartheid.

Ehrlich Erasmus, an ANC supporter from Cape Town, also has his reservations. “I guess I don’t want an all-white government again,” he said hesitantly, as one of his reasons for voting for the ANC.

The growing discontent within the ANC has also led to the formation of the breakaway Economic Freedom Fighters (EFF). In 2013, Julius Malema, former ANC youth leader, formed the EFF promising “economic emancipation.”

Malema quickly attracted support among the youth, the unemployed, and the poor. The manifesto of the EFF calls for the redistribution of land and initiatives to improve education and health care, and it condemns corruption and discrimination.

Despite forming less than a year ago, the EFF garnered 6.35 percent of the vote, making the party the third largest in the country.

“We are not safe, we are not being protected by the Constitution of this country,” said Mncedisi Twalo, leader of the Western Cape branch of the Anti-Eviction Campaign, an social activist organization that challenges the government on housing issues.

Despite the charges of corruption, and the reckless spending, many people still have faith in the ANC and in the party’s goals and objectives.

“I voted for the democratic vision of the ANC,” Erasmus said.

The ANC’s mission is to fight poverty and unemployment and to reduce inequality as South Africa makes the transition to a democracy. To achieve this the ANC is committed to creating jobs, improving education, ensuring health care for all, and fighting corruption and crime. The party’s manifesto also commits it to ensuring decent living conditions and building a united nation.

“I think the manifesto of the ANC is fantastic. It just has to be done properly,” said Andrew Saunders, an ANC supporter from Guguglethu. “I think it would be great to see what progress could be made if the ANC was in power [locally] for more than four years.”

Saunders spoke passionately about the poor living conditions in Gugulethu, a black township in Cape Town, and the chance for these conditions to change if the ANC had their chance to govern the Western Cape, where the opposition Democratic Alliance is the dominant party.

Although the ANC under President Zuma has not exemplified the core values of the party, the majority of the people have remained supportive. However, the decrease in votes for the ANC this year, together with the number who didn’t vote at all and the increase in opposition activists, reflect a growing loss in confidence in the ANC and a gradual shift in party loyalty.

“I have a 7-year-old daughter, sometimes I wonder what kind of country she will live in when I am no longer around,” Majola said.