No means no, period 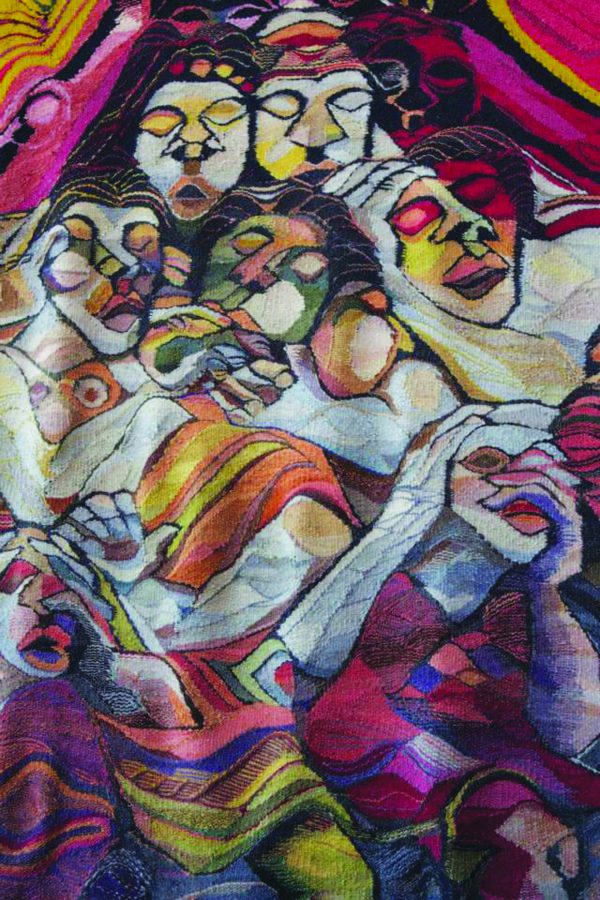 On August 9, 1956, more than 20,000 women of all races, shapes, sizes, and ages marched to the gates of the Union Buildings in Pretoria, the executive capital of South Africa, hand-delivering a petition to Prime Minister J.G. Strijdom that argued against women carrying passbooks—internal passports designed by the government to segregate the population during the apartheid era.

Throughout their march, they loudly sang a victory song, which in English roughly translates to: “When you strike the women, you strike a rock, you will be crushed, you will die!”

In a country that, according to the United Nations, has the highest reported incidence of rape in the world, this protest song remains relevant today, even after 58 years and the end of apartheid.

Everyone, regardless of race, gender, or sexual orientation, “has the right to bodily and psychological integrity, which includes the right to security in and control over their bodies,” according to Section 12, Subsection 2, of the post-apartheid Constitution.

In South Africa, the high rape rate is often attributed to frustration over high unemployment, jealousy, communal and family dynamics, and a backlash from males trapped in an identity crisis.

Accurate statistics on the number of sexual assaults that occur each year are difficult to come by, as many are not reported. A contributing factor to this lack of information is the growth of a rape culture.

Rape culture, or the normalization of sexual assault in an attempt to excuse it, consists of victim-blaming and/or shaming, objectification, and the trivialization of rape, according to the Blackwell Encyclopedia on Sociology.

“If you are raped, the police question what you were wearing, and why you were walking there,” said Mandla Majola, manager for the Khayelitsha branch of the Treatment Action Campaign (TAC), an organization formed in December of 1998 to advocate for fair and affordable access to treatment for HIV that has since broadened its mandate to include gender-based violence.  “A person who is arrested [for rape] today will be released tomorrow.”

In Khayelitsha, a township outside of Cape Town with a population of about 200,000, four rapes are reported every day. Though surprising to an American visitor, one of the many causes in Khayelitsha is the lack of a clean and safe place to go to the bathroom.

In the numerous “informal settlements” or squatter camps within the community, 10 families share a chemical toilet. If it is unavailable, a woman or girl must relieve herself, alone, at all hours of the day and night in an open field. In this situation, she is highly vulnerable to attack.

Family dynamics are another contributing factor to the rape culture.

Most victims know their attackers and are often related to them, said Majola. In informal settlements across the country, if a sexual assault occurs, the police will not be called and no formal report will be filed. The senior members of the family will meet and discuss the situation. They will decide the punishment, which in some cases will consist of “pain and blood money”—a financial settlement with the victim’s family and a grisly beating.

But money or even vigilante violence is often not enough incentive to stop a future attack.

“He will do it again; it is only a matter of time,” Majola said adamantly.

In cases of marital rape, the victim may refuse to report because the perpetrator is also the breadwinner. An accusation could leave the victim completely destitute. If she has children, the situation is only complicated further.

According to Nozwelo Ncube, program manager at the Simelela Domestic and Sexual Violence Center, even if the assault happens outside of the family, a victim may still feel that the family will blame her.

This often leads to the refusal to take or improper dosing of prescribed medication such as the morning-after pill to prevent pregnancy, or antiretroviral medication (ARV) to prevent the contraction of HIV.

Nevertheless, victims’ services like Simelela are making great strides in providing emergency medical care and counseling after an attack, say counselors, who often deal with the stigma of rape every single day.

“Some victims are overwhelmed by the process,” said Ncube. “How does she explain to future partners that she was raped? This is an issue victims face.”

When asked why many female victims return to their husbands or boyfriends after these men have attacked them, Ncube says with a deep sigh: “Because they love them, they still love them.”

The process of reporting a rape is lengthy and often intimidating. The first step involves contacting law enforcement or a rape crisis center such as Simelela.

After verbally stating that you have been assaulted, procedure calls for you to be taken to a quiet space such as an office or a trauma room, according to Simelela staff.

The next step involves making a brief statement, which, if possible, includes a detailed description of the assailant after which you will be transported to a hospital for a medical examination and a Sexually Transmitted Disease/Infection (STD/STI) test.

Showering is not allowed until after the exam is conducted as it may wash away forensic evidence. A state doctor or surgeon will collect samples for DNA testing from all over the body of the victim, as well as document any injuries.

Any clothes worn during the attack will also be collected for further testing.

Simelela works in collaboration with the Thu Thu Zela Care Center at Khayelitsha Hospital. It is here that victims are transported for the aforementioned process of collection. Thu Thu Zela, which means “to comfort,” is open 24 hours, seven days a week, including holidays.

Five experienced counselors rotate continuously, ensuring that someone is always there to offer support.

Their job, Ncube said, is to empower victims by engaging them in the process. Everything is explained in great detail at every stage putting control back in the hands of the victim, now the survivor.

All evidence collected will automatically be held in the center for three months if the survivor decides not to continue with the investigation. Some wait as long as two years to report.

Counseling these survivors is a difficult and emotional task for these five women. When asked how old their youngest victim was, they shift their glances to the floor until one hesitantly says they have had more than one rape victim under the age of six months.

De-briefing sessions are held once every month.

Gender stereotypes are yet another contributing factor to the culture of rape here.

What perpetrators call “corrective rape” can be done against both men and women as a brutal punishment for a person’s sexual orientation or perceived orientation. It is ostensibly done to humiliate and forcefully convert the person into a heterosexual. Intense verbal abuse is often a precursor to the attack.

Rape and domestic violence based upon female success compared to her male partner or peers is also a growing trend as women edge their way higher up into the work force.

This often conservative, traditionally patriarchal society dictates that the men will earn and provide while the women take care of the children and the home.

When there is a glitch in this system—for example, if the woman is employed and the man is not—he may become frustrated, say rape counselors. He may feel jealous and worthless and because of this, he may eventually turn to violence to assert his masculinity. While this is not always the case, it can and does occur.

Many conclusions can be drawn as to why rape, a crime often associated with a weapon of war, is so prevalent in a democratic country described frequently as middle-income.

Starting back in the early 1900s when the struggle for an equal South Africa began, men have always had the outlet of freedom fighting to turn to. Standing for something greater than themselves brought with it pride, power, and a clear picture of their identities.

After the first democratic elections in 1994, that outlet has all but been taken away. Unemployment is high among young black men and extreme economic inequality plagues the nation, but both issues are only left to fester in the hearts and minds of the proud and the stubborn.

However, though rape statistics are high, the issue is far from ignored.

Organizations such as the TAC and Simelela are reaching out into the community to help both men and women understand each other and understand how best to express themselves.

Positive outlets such as sports or art therapy are introduced as a way to escape from anger and fear. Such campaigns will continue until every person understands his or her right to security, say activists.

“I have a seven-year-old daughter,” Majola said. “Sometimes I wonder what kind of country she will live in when I am no longer around. It is my burden.”

“It’s challenging and it’s depressing,” he says, “but it’s not hopeless.”

As a part of the Human Rights in South Africa course, 11 students learned about the history of apartheid and the current social situation of South Africa. In May, they visited the country and witnessed the situation first-hand, speaking with people from activists and average citizens to U.S. diplomats and commissioners. You can check out their blog at http://bit.ly/1rVeGkQ.