‘All Day is a Long Time’: an untraditional coming-of-age story with a lot of heart 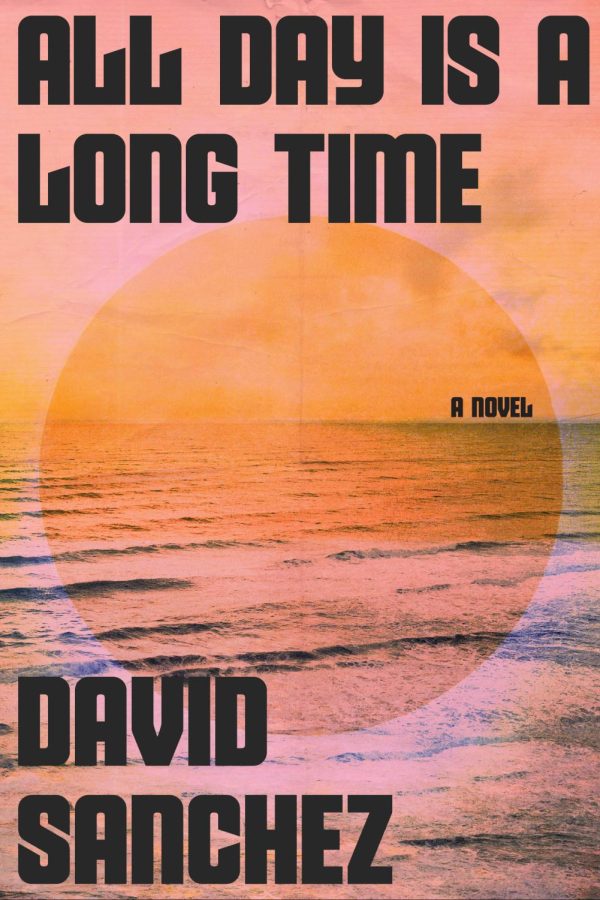 All Day is a Long Time by David Sanchez

David Sanchez released his debut novel “All Day is a Long Time” on January 18 of this year. While the copyright page categorizes the book as fiction, Sanchez acknowledged in a Literary Hub article that the work is closer to autofiction, a term used to describe combining the genres of autobiography and fiction.

The novel follows a bright and sensitive young man named David throughout about a decade of his life on a long journey from addiction to sobriety. At age fourteen, David leaves home to chase after a girl and tries crack cocaine. An untraditional coming-of-age story, the narrative places David in jail, rehab, and halfway houses as he struggles to make sense of the world.

“All Day is a Long Time” won’t be for every reader, as it is absolutely driven by character rather than plot. The conflict is mainly internal. Much of the story is heavy with the narrator’s thoughts and feelings, but the way emotions are depicted in the book is ultimately what makes it such an exceptional debut. The beginning chapters of the book in particular are an especially poignant portrait of the blend of instability and innocence that comes with dealing with mental illness as a teenager.

Personally, I love to own physical copies of books so I can mark them up, circling words I don’t know and underlining what I admire. I might as well have underlined the entirety of “All Day is a Long Time.” The way that Sanchez constructs sentences and chooses language throughout the book is phenomenal. His prose is poetic but meticulous.

At only 244 pages, the story moves quickly while spanning a decade. The swift pacing complements the story. Its momentum even gave me the treasured experience of head-spinning excitement as a reader. For example, there was one part of the story that made me think my copy of the book had a printing error. I stopped to look back and forward at the surrounding pages and realized that Sanchez was trying to recreate the feelings of repetition and paranoia within the reading experience. This made my jaw drop.

In a Los Angeles Times interview, Sanchez described how he utilized the solipsism and high drama of an addiction narrative to raise deeper questions about nature, redemption, and free will. He cited Tim O’Brien’s short story collection “The Things They Carried,” about American soldiers in the Vietnam War, as a major influence for the way Sanchez himself examines memory and redemption.

It’s the little details about David the character that connected me to the story the most. Throughout life’s difficulties, David maintains an appreciation for reading and nature. He returns back to his family in spite of fraught relationships that need healing. This thread of love woven into the narrative is what will make the story stick with me. In spite of its bleak subject matter, “All Day is a Long Time” has so much heart.

“All Day is a Long Time” is available wherever you get your books!