Sex is not a bad word, so stop bleeping Doja Cat 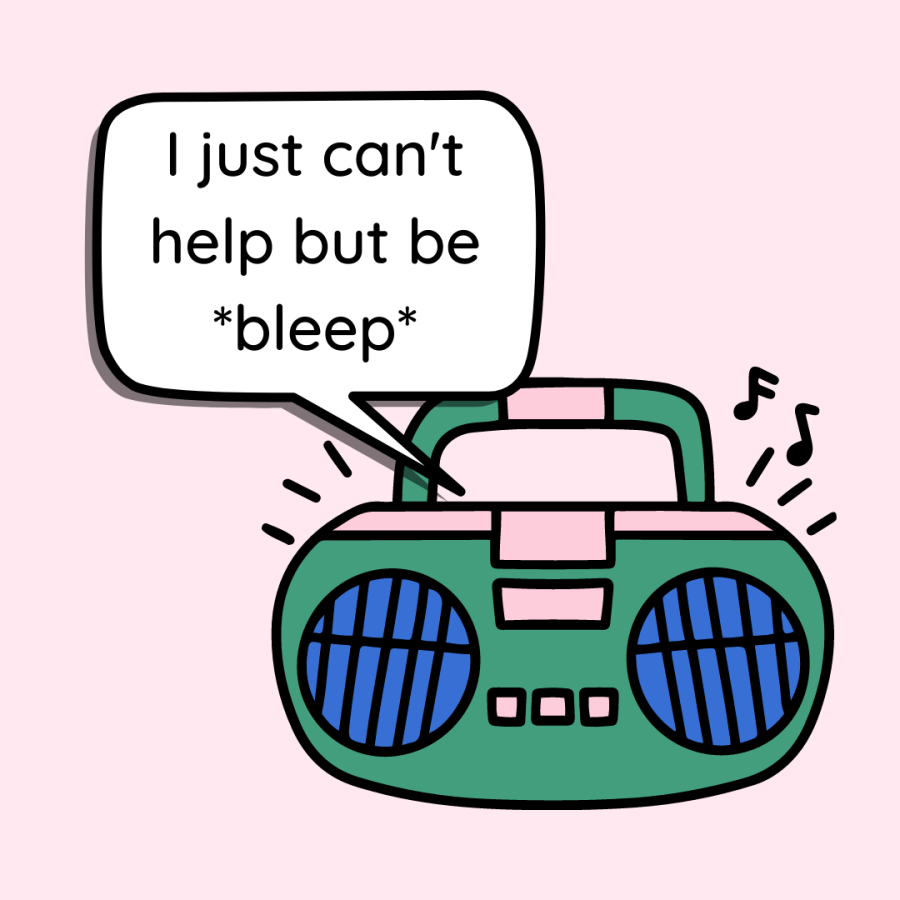 While at home for the winter break I spent a large amount of time driving my mom’s little old Volvo. In mid-coast Maine, where I’m from, a half-hour drive is considered fairly short since everything is spaced out and surrounded by endless woods. Driving is accompanied by effortlessly beautiful scenery provided by Acadia National Park and adding music makes for a dreamy experience. Unfortunately, my mom’s car is not equipped to support connecting my phone to it with Bluetooth or even auxiliary cables, which means if you don’t have your stack of CDs prepared for the drive, you’re stuck listening to good-old FM radio.

The majority of the radio stations in rural Maine play a mix of classic rock, metal, and country music, with the occasional Christian pop station. Listening to strictly FM radio here presents you with an eclectic buffet of outdated, usually cheesy music that either hasn’t aged well or was just designed to make your skin crawl (no offense to The Eagles). Once you wade through the marshes of death metal and country singers proclaiming their love for dirt roads, you reach one of the biggest pop stations in my little section of Maine. As if you’ve landed on another planet, you begin to hear music that was made after you were born.

This exact station was cranking hits back when I was in a car seat waiting to get home after dropping my brothers off at school so I could watch PBS Kids. “I Write Sins Not Tragedies” by Panic! At The Disco, “Mr. Brightside” by The Killers, and “Wake Me up When September Ends” by Green Day were just a couple of the songs I remember so fondly from my daily childhood routine.

Clearly, this radio station has been the home for the hottest hits, even back in the 2000s. Naturally, “Need to Know” by Doja Cat has been on repeat for weeks on this station, a song I tend to stop flicking through channels for. If you have ever heard the original version of Doja’s smash hit you would know the song contains multitudes of profanities. Unless you somehow exclusively listen to the cleaned out Kidz Bop versions of popular music, in which case, this article is probably not for you.

When I first landed on the pop channel to listen to the remainder of “Need to Know” I chuckled at how choppy the edits made the song sound from her frequent use of swears. I started singing along, but when Doja (and I) got to the line, “I just can’t help but be sexual,” the last word was cut like the swears in the song. I was immediately taken aback because I don’t remember sexual being an inappropriate word. I turned down the radio and launched into rant to my innocent passenger, my dad, about the demonization of sex and open sexuality in this country.

I also noticed the word “ride” was cut from the line “your eyes told me, ‘girl come ride me’” which I also thought was strange. I guess the argument could be that the word “ride” in this sentence creates an inappropriate combination. But save a horse, ride a cowboy, right? If white dudes do it we don’t have to bleep the word “ride,” right? I don’t think the word ride should be taken out in either of these instances, but this glaring double-standard makes it all the more frustrating.

After hearing the highly censored version of that song on the radio I noticed that Doja Cat has a clean version of “Need to Know” on her Spotify, so I gave it a listen to see if those words were cut out of her edited version too. My thought process was, if the artist has their own clean, edited version of their song, wouldn’t you just use that? To my surprise, she left sexual and ride in her clean version. So why didn’t the radio station take the song deemed “clean” by Spotify (there is no capital E underneath which signifies a song with explicit lyrics) and broadcast that?

Being sexual is not a bad thing. I find it extremely empowering to hear a female musician speak to her own body and sexuality after hearing only male artists objectify women’s bodies.

Sexual is a word that should be more normalized in conversation because it represents natural feelings and behaviors. Why demonize something nearly everyone will feel or experience in their lifetime?

Having healthy conversations about sex and making open sexuality a normalized topic is important to give people safe spaces to express themselves.

Sex should be discussed more often because it is important to understand how to engage in safe, healthy, and fun relations with others, for your own benefit, but also for the benefit of those you interact with.

Giving words like sexual a negative connotation contributes to the public shame associated with sex and sexuality. Even though many people will have engaged in some sort of sexual act at some point in their life, there is this continuous shaming and demonization of being open about sex and your sexuality.

Giving the words sex and sexual a negative connotation only contributes to those stigmas.