The Simmons Voice • May 14, 2021 • https://simmonsvoice.com/12119/sports/first-openly-transgender-ncaa-swimmer-schuyler-bailar-simmons/ 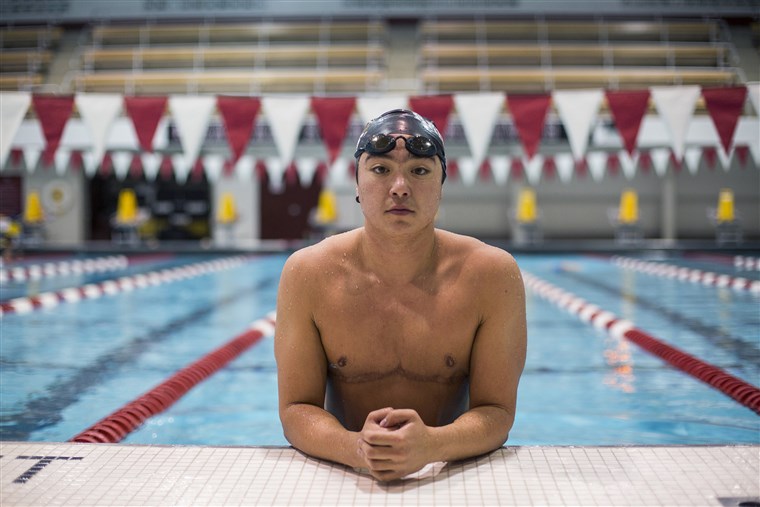 Schuyler Bailar, alumnus of the Harvard University swim team, held a presentation open to all Simmons athletes on May 3. Bailar is the first trans athlete to compete in any sport on the NCAA D1 men’s team.

Most attendees turned their cameras on and the open conversation began with attention and respect to the recent passing of Jahaira DeAlto, a transgender woman, student in Simmons’ School of Social Work and highly respected member of the Simmons community.

Bailar then shared his background story and proceeded with a Q&A that focused on his experience as a trans student-athlete. He repeated to all attendees that the meeting was an open space and to ask him any questions they may have.

The first question was how Bailar felt about the recent anti-trans bills that have been passed in states such as Florida, Alabama, Montana, Arkansas and many more. There are 144 anti-trans bills from around the country that originally started in 2016 following Obama’s guidance to public schools to let transgender students use bathrooms and locker rooms that match their gender identity.

“Less than half of them are healthcare bills, so those are trying to prevent transgender kids from getting healthcare, which is just cruel,” Bailar said during the presentation. “The others are sports bills trying to prevent mostly trans girls from competing with other girls, but all transgender people are effected by this as well.”

Though those in support of these bills are saying that the inclusion of trans youth in sports is unfair, Bailar responded that these are “calculated guises for attacks on trans people.” He noted that these bills aren’t affecting all transgender people; they are affecting children. Bailar said that holding trans youth from practicing on youth teams where kids simply want to play for fun is transphobic.

But transgender people are not only being attacked with legislative violence, they are also fighting against physical violence. Just in this year, there have been at least 21 transgender or gender non-conforming people fatally shot or killed by other violent means. Jahaira DeAlto’s passing is the most recent case of this fatal violence.

Simmons campus is meant to be a safe and welcoming space for all LGBTQ+ people, however, Anna Leedham, a senior on the Simmons swim team, thinks that this is a critical topic that Simmons should have incorporated more into her four years of being an athlete.

“Schuyler’s story not only was inspiring and educational, but it also showed how I can be a better ally in and out of the pool. Being a fellow swimmer and swim coach, his story shows what it means to be a teammate and better person overall. Athletes would benefit from having more focused meetings to add inclusivity & increased allyship within our sports,” said Leedham.