Where in the World is Aaron Rosenthal? 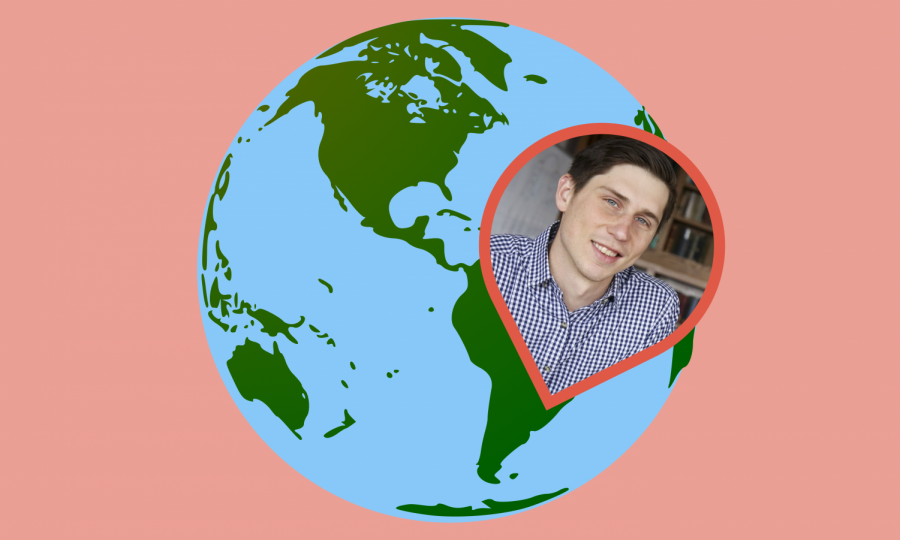 The past two and half semesters have been full of changes for the Simmons community, and for the wider world. For most students and faculty, the past year has been full of remote lectures. But this semester has been the perfect time for Assistant Professor of Political Science Aaron Rosenthal to advance his scholarship. However, his sabbatical has not been Boston-based.

“I left for spring break for what was supposed to be a one-week visit, and while I was here the pandemic started. Simmons extended spring break from a week longer, and then went fully online, so I never went back.”

Professor Rosenthal has spent his year in Argentina working to turn his graduate school dissertation into a book. This research explores the public policy that has structured how government appears in people’s lives, and examines the racial variation in its visibility.

“For people of color, I discuss the rise of mass incarceration and aggressive policing tactics that have made the police into a visible manifestation of government in their lives. And for white people, it’s been the rise of taxation that has served as a visible manifestation of government, as well as the rise in the visibility of poverty policies which have become what politicians rely on heavily to campaign,” said Rosenthal. It’s been those two policy changes on the back of a shift in the American welfare state where more and more assistance is provided through tax breaks. Those combined have created a perception among white people that the government is a force that takes their tax dollars and provides welfare, all while missing the real way that the American welfare state really does distribute aid. It’s all about looking at that split in visibility, and how it drives people’s level of trust in government down, and the broader political consequences that emerge out of that.”

Besides his book project, Rosenthal has been actively engaged in other research, including a project with his colleague, Associate Professor of Sociology Saher Selod. Together, Rosenthal and Selod instruct the second-year learning community, LCIS 201: Surveillance in Modern America, which synthesizes Selod’s scholarship on the War on Terror with Rosenthal’s on the War on Drugs.

“We’re working on what surveillance looks like, particularly among Black Muslims, combining some of the work that she’s done on surveillance of Muslim Americans under the War on Terror, and some of the research I’ve done on surveillance and policing of Black Americans through the War on Drugs. We’re looking at how those come together to impact Black Muslims and what that means of political attitudes, behaviors, and broader understandings of citizenship in the United States,” said Rosenthal.

When asked what he misses most about actively participating in the Simmons community, Rosenthal said that he misses the energy of his students.

“Being around students is very energizing, and provides a lot of ability to engage in discussion and hear students’ reactions to what’s going on. It’s more difficult to have that sort of dialogue remotely.”

The Simmons community eagerly awaits Professor Rosenthal’s return to the classroom. Stay tuned for future coverage regarding the release of his book.