How positive is ‘body positivity’? 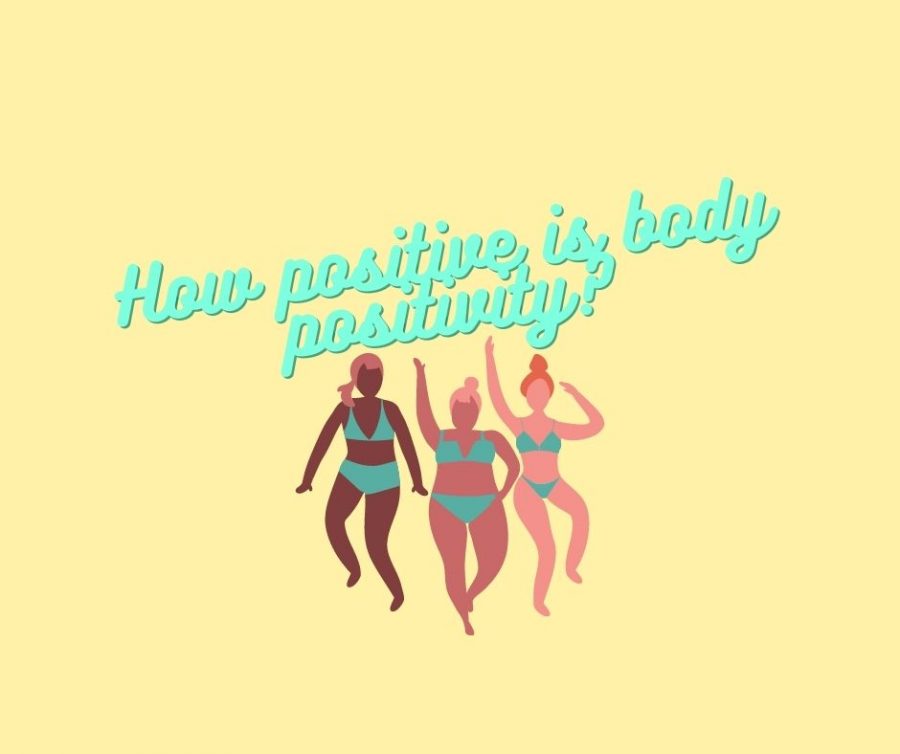 Little has shaped this generation quite like the body positivity movement of the 21st century. With the popularity of Twitter hashtags and catchy T-shirt slogans, it’s never been easier, nor more fashionable, to love yourself. But just how beneficial is the term in reality? I’m all here for self confidence and denouncing fat shame, but today’s body positivity seems to be more of a marketing tool than a declaration of true self love.

According to BBC, the whole notion of physical self-acceptance began in the late 1960s with the Fat Rights Movement and the NAAFA (National Association to Advance Fat Acceptance). After collaborating with other feminsist organizations, the group began demanding “equal rights for fat people in all areas of life,” and even released a passionate manifesto that condemned diet culture.

Protests, parades, and media coverage for the activist movement ensued into the 1980s and 1990s, and by 1996, Connie Sobczak and Elizabeth Scott created an online educational platform called The Body Positive, thus coining the term for future Instagrammers and corporations alike.

Today, body positivity is a buzzword. It’s used as a descriptor for products and even a movie genre for some streaming services. And something about that doesn’t sit quite right with me. We don’t filter through Netflix for non-racist or Jewish-friendly films do we? These should all be the standard, a societal expectation––not another term used to sell us products that are seemingly “good” to consume. Declaring only certain things as body positive feeds into the idea that not everything can be body positive, thus implying that everything not labeled with the term is body negative.

According to Amy Cantor, a registered dietician at Simmons University, body positivity isn’t even the opposite of body negativity afterall.

“The opposite of body negativity is body neutrality,” Cantor said.

Cantor has been working in the Health Center at Simmons for the last four years. She helps students and athletes develop healthy relationships with food and body image by approaching folks with a “Health at Every Size” model, a framework used in the eating disorder space that focuses on behavior and values rather than weight and body tangibility.

“The way that I practice from, typically the intent is to have folks feeling more embodied and having body concerns taking up less head space which oftentimes means thinking about your body less than people typically are.” Cantor said.

Body insecurity is nothing unnatural and unfortunately nothing new either, in fact according to DoSomething, a non-profit organization committed to social change, 91% of women in the United States are “unhappy with their bodies.” Despite that massive statistic which encompasses humans of every shape, identity and color, the body positivity industry is ironically dominated by and aimed at thin white women. Want proof of your own? Try typing “body positive movies” into Google and check out the results. You’ll find that seven of the eight films that pop up are starring petite white actresses. Slapping a big “love yourself” bandaid on the millions of body image issues that plague us may work for the intended audience, but it effectively minimizes the different social aspects and inequities that cause other folks to feel dissatisfied with their bodies in the first place.

While Cantor feels that there isn’t enough causal data pointing to which communities are more impacted by body image issues than others, she does believe that resources are unequal.

“I think the folks who have been most neglected by the body positivity movement have been people of marginalized identities. In the world, the eating disorder space, and the body positivity space, I don’t think there’s enough time, energy, or resources spent on people on the higher end of the weight spectrum, people who are fat, and people who are gender queer, trans, non-binary,” she said.

With disordered eating rates well above 70% in the trans community, according to Cantor, struggles with physical appearance extend far beyond the confines of Keto-crazed Karens. And while body positivity certainly shines a light on issues faced by many, it doesn’t offer an end-all solution. Cantor says the more sustainable and long term path to reducing rates of eating disorders and disordered eating, starts in the healthcare space.

“When you look at rates of eating disorders and you look at different healthcare practices that have become mainstream, you see a heightened focus on BMI as well as changes to the BMI criteria happening in like the 1950s […]  Certainly I know a lot of my clients and a lot of friends, experience stigma when they’re being seen by the doctor and shame about their body size and shape […] it goes back to training healthcare providers to practice from a more weight-inclusive model and take the focus away from weight and onto health.” Cantor said.

Like any passionate movement, I think body positivity is rooted in good intent. In theory, it stands for inclusivity and bodily empowerment, and the world could certainly use a whole lot more of that. We should feel more comfortable in our bodies and vocalizing that is a great place to start––I just don’t think posting a selfie while sipping from a #selflove coffee mug is what the founders of NAAFA had in mind for future progress.

Instead of categorizing bodies and products as positive or negative, let’s aim to normalize the wide spectrum of physiques that makes us a unique population of all shapes and sizes. We cannot move forward with progressive body inclusivity until we reckon with the past and determine where these insecurities stem from and how they differ between communities. Touting “body positivity” won’t make the world a more accepting space, but redefining the way our doctors, society, and media influencers view phenotypic health, just might.