Another year, another virtual graduation 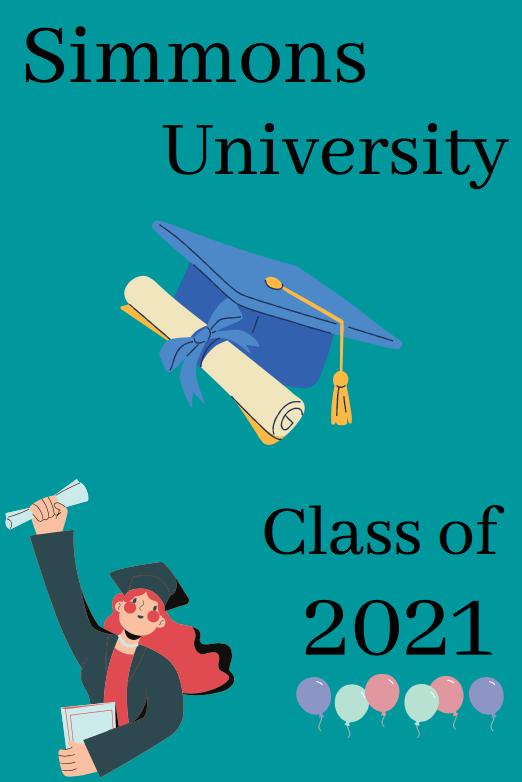 Every spring semester, there is anticipation from Simmons seniors as the final countdown to commencement in May grows closer.  For many, this is a time to gather with friends and family and enjoy the celebration of successfully completing their undergraduate degree at Simmons.  However, much to the dismay of students, Simmons announced early on in an email that the university would be holding their graduation ceremony virtually through Zoom, just as the class of 2020 did before them.

Senior Paula Garcia Arteaga expressed her thoughts about the decision that Simmons made in relation to graduation saying, “I think that they should’ve waited and seen if we would be able to have graduation in person. I feel that they decided already to bring students back to campus for the Fall, so why not have some sort of in-person graduation if it’s only a few months apart from the Fall semester?”

The statement came from Simmons months before President Joe Biden announced that by May 1, all Americans would be eligible for vaccinations.  This would put the nation on a path to get closer to a projected normal by around July 4.  Senior Liz Poteat also had a few words to say in regards to her hope before Simmons announced the virtual graduation.

“Graduation is a day that I think every undergraduate student looks forward to. To not have the traditional experience of getting to walk across the stage and hear your name called is definitely disappointing. Knowing that I won’t be having a ‘normal’ graduation has sort of diminished the sense of accomplishment for me, which has been difficult.”

Being able to walk across your university’s stage is a privilege enough, and the sense of hopeful ability to do that was squashed when the official email came out on January 29, 2021, almost four months before commencement.

“After seeing how some high schools and colleges had found ways to make some form of an in-person ceremony come to life, I had hoped that Simmons would have drawn from those experiences to accommodate their graduating students. I have seen drive-by graduations, individual graduations specific to each school within a college, or graduations without any guests,” voiced Poteat.  “It seems like other institutions have effectively found ways to celebrate their seniors amidst the pandemic, so it is both frustrating and disappointing when Simmons cannot do the same.”.

Both Garcia and Poteat share their doubts about Simmons reconsidering, and as a senior, I concur.  Although it might be possible to have small ceremonies celebrating the different colleges on campus, the amount of planning that Simmons would have to undertake would be tremendous.  While this could be a possibility, the potential for controversy amongst students and faculty in changing their statement might cause other issues to emerge.  Right now, if Simmons was to come out with another statement, it would be a major crunch time for them considering commencement is only two short months away. Unlike other colleges, Simmons has an advantage when it comes to a small student population. If not in May, perhaps Simmons will consider bringing their seniors back to have a proper in-person graduation in the future––once enough individuals are vaccinated.