A Letter to Elliot Page That I Will Never Send

I started writing this for him, *to* him, but it turns out I really wrote this piece for me. It has helped me process complicated feelings about Elliot Page, transitioning, representation, and celebrity. 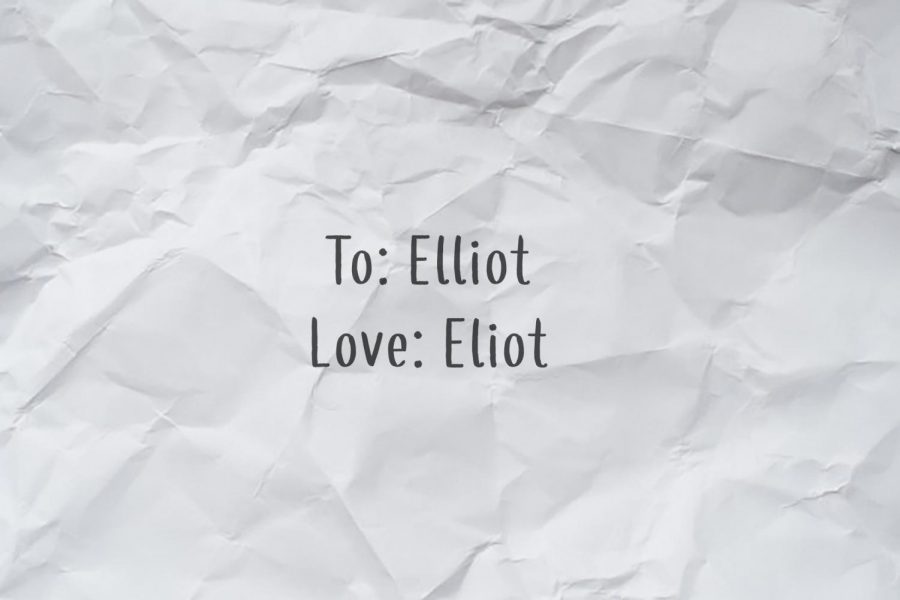 I was lying in bed and scrolling through Twitter when I saw your post. “Hi friends,” you began, “I want to share with you that I am trans, my pronouns are he/they and my name is Elliot.” Naturally, as a trans Eliot (they/them) myself, I kept reading.

Despite not recognizing your account at first, I’ve been following you for years. Sure, I loved ​Juno​ and ​Inception​, so you could say I’ve been a fan. But for me, it was never really about your acting, which is great, of course. This is awkward to mention, now that we’ve both changed our names, but… we used to have the same name. And now we do again! Maybe this isn’t weird for you at all, but it is for me. A name is not just a name, but an identity; for years I’ve seen clear parallels in our journeys, but to you I am a stranger.

You came out as queer just a few months after I did, and it was very exciting to have you join the ‘gay E****’ club with me and Ms. DeGeneres. For years, that connection was a bigger part of my identity than “being a woman”, which ultimately makes sense, seeing as I’m not one. To be quite honest, losing that identity and connection to you (and only you) was the final reason I hesitated to change my name last year.

And just look at us now, both in the ‘trans Elliot/Eliot/Elliott’ club, both in a better place. Being trans isn’t a magic bullet though; it causes a lot of complicated feelings, too. I must admit, my first thought upon seeing your post was ‘​ugh, of course another transmasc guy chose the name Elliot’​ . I’m sure my own coming out inspired this sentiment in some older trans Eliot somewhere, and I’m certain that you’ll know the feeling yourself soon enough as others join the club. Just between us, I think we have the ultimate rights to our name, as we chose it in part for its similarities to our deadname.

Here I go fostering those complicated trans feelings, feeding a sense of competition that so many trans people feel. Who was out first? How long has he been on hormones? Are they going to get surgery before me? These feelings are ugly, fueled by jealousy and by dominant (incorrect) narratives of trans identity as static, binary, and medicalized. I’m ashamed to write about my hidden feelings here, but I encourage you to normalize and fight against your own instincts towards competition and comparison too. It will only strengthen our ability to choose genuine connection, community, and celebration of transness instead.

Despite the mixed feelings I had to sort through after you came out, I’m really excited for you, and for future generations of trans folks. Your celebrity status means that people will look to you as representation and see that queerness transcends gender. To all the TERFs worried about ‘losing lesbians’ to transition, I say shut up, interrogate why you don’t accept nonbinary lesbians or lesbian trans women, and let Elliot Page live.

Elliot, I admire that you don’t seem to like the media spotlight but try to use your platform for good. We both know that representation is not an end goal but merely a starting point in the struggle for trans liberation, a struggle led by Black, brown, and indigenous trans femmes, by fat and disabled and poor folks, who skinny white transmasc guys like us should support, not speak over. Transness is expansive, open-ended, and full of possibility, and we must resist any push for representation that leads to inclusion in oppressive systems and assimilation to cis norms.

I hope you continue to take your responsibility as a public figure seriously while preserving your privacy. Speaking of which, I’m sorry for writing about us as if there even is an “us”. Despite the fact that I feel like our lives are intertwined, you’ll never know who I am. And you know what? I’m okay with that.