Commencement 2021 will be virtual according to an email from administration 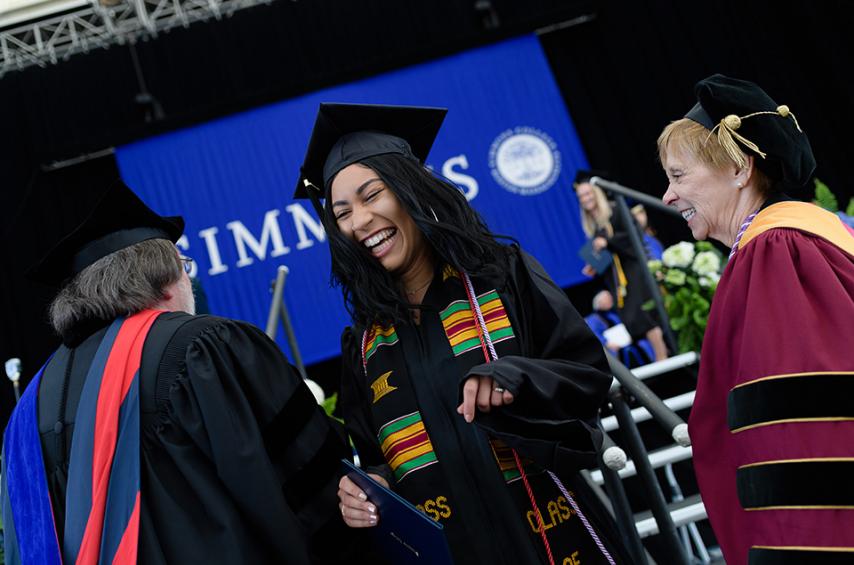 BREAKING- May 2021 Commencement to be held remotely

Commencement ceremonies for 2021 graduates will be held remotely, according to emails sent to the Simmons community Friday evening. The announcement comes as COVID-19 cases continue to rise nationwide, with new variants of the virus and delays in vaccine rollout.

Associate Provost for Planning, Assessment, and Accreditation Richard Voos sent an email to Simmons employees just after 4:00 pm explaining that the University will use a “large university model” for the ceremonies. This is a transition away from holding three ceremonies as done the past two years, to a model that will include a Simmons-wide ceremony, with undergraduate and smaller graduate ceremonies to follow.

Voos stated that the plans would be announced to students and their families on Monday, however, students received a similar email informing them of the remote Commencement ceremonies just after 6 pm.

In a statement to the Voice, Laura Wareck, Director of Media Relations at Simmons said that the announcement was planned to be made to students earlier in the day but was “inadvertently delayed.”

In response to the Voice’s request for a statement about Commencement being held remotely, Voos noted that the decision was made based on the current information about the pandemic provided by Public Health officials. “In-person Commencement brings 4000-5000 people together under the tent. We have no reason to believe that any gatherings that size, (or even 1000 people, which would allow about 1 guest per graduate,) will be possible in May.”