A first semester like no other: talking with the president of 2024 Olivia Ray 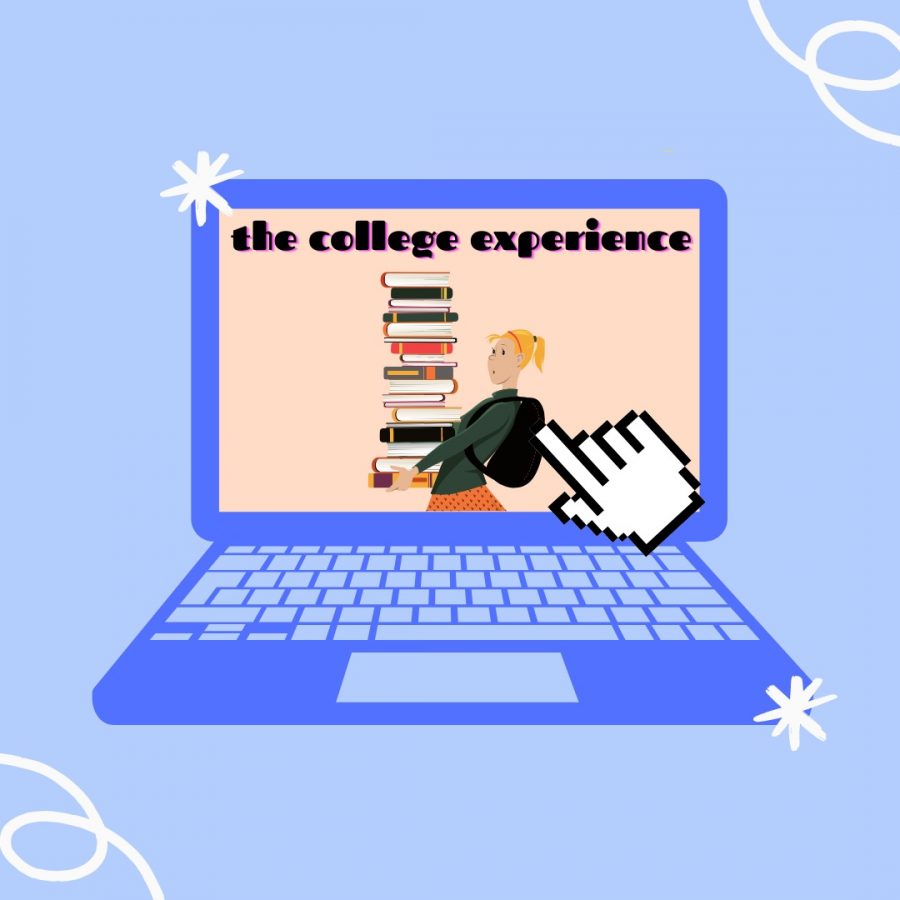 This piece was aired on episode 7 of the Simmons Voice and Simmons Radio: The Shark’s podcast Welcome Home. Click here to listen.

Typically, the job of a class council president mostly consists of event planning. Winter Wonderland; May Day; Senior Faculty Toast; Commencement Ball–– the events that make up Simmons traditions. But with the online campus and a transition to virtual events, the job description and the demands of leadership have changed.

Olivia Ray, a first-year student from Groton, Massachusetts and president of the class of 2024 is attempting to lead a class of students who have been deprived of several right-of-passage experiences since March.

“We get the bells and whistles from all directions with our fake graduation ceremonies and our online orientation,” said Ray. “Everybody is trying to make the best out of everything all the time. We get all the forced celebrations.”

For Ray, the most important aspect of her role as class of 2024 president is not creating more forced virtual programming –– it’s providing a sense of solidarity to her peers.

“My place isn’t really to add to that, but to be an outlet or a bridge for people to get involved,” said Ray.

Ray has been leading the class of 2024 through its disconnect with Simmons since before she was officially a student.

In the spring, when the incoming first-year class received an email from Residence Life explaining that the roommate policy had been changed to not allow first-years to select their own roommates, Ray decided to step up.

From the desk in her childhood bedroom, she spoke with 52 members of the class of 2024 in the span of two hours and organized a petition to change the policy. By the time she woke up the next morning, she received an email saying that the policy had been reversed.

Other incoming students noticed her leadership and encouraged her to run for president. When the Student Government Association announced election in the fall, Ray immediately decided to run. She was the only member of the class of 2024 to run for any of the four open positions on class council.

Before winning her race, Ray had a vision in mind for how she would lead the class of 2024 as president and make up for all of their lost experiences. But after she was elected, she quickly realized that she, a student who had never been fully introduced to Simmons, was on her own.

Approximately thirty-nine days passed after Ray was elected before she heard from her advisor for the first time.

“I got the email from the Student Government Association saying, ‘do you accept the position?’ and I was like ‘yeah, let’s do this,’ and then I did not hear another thing from them.”

Ray says she later found out that a vacancy in the Office of Student Leadership led to the delay.

As the lone member of the class council, Ray says she felt lost in what she was supposed to be doing and where she could get information. Eventually Abigail “Bea” Jones, the class of 2023 president, told Ray that she needed to fill the vacant positions herself. So, she got to work on holding an election.

Jones confirmed in an email to The Voice that she spoke with Ray shortly after she was elected. She says she told Ray she was unsure how SGA would handle the situation, but when the secretary position was vacant on the class of 2023 council, she was told she could hold an election herself to fill the position.

“I spent a couple dozen hours on making the elections platform,” said Ray. The day after she successfully held an election and filled the vacant positions, SGA informed her that she had violated the SGA constitution and the election results were invalid.

“I felt like I was expected to do everything myself and then once I did, it was a problem,” Ray explained. “I’m hoping to learn what I’m responsible for. I would really like someone to tell me.”

Jones told The Voice that there has been a general lack of guidance for student leaders during the virtual semester.

“I believe there is a lack of understanding and guidance when it comes to these unusual circumstances in general. Personally, coming off my first year on Class Council I feel that First year councils are not given the proper information to proceed with their position correctly,” wrote Jones. “Since we have a year under our belt, we are able to reach out to OSLA/Student Affairs with any questions we may have and we have established those points of contact already. With first year councils, they have yet to create those connections and there is very little guidance on where to begin. I think everything being virtual also adds another level of complication in communication within class councils, advisors and SGA that we are all trying to figure out.”

Eventually, SGA held a special election to fill the vacant positions on the class of 2024 council. Ray said she started connecting with senior members of the student government, like SGA President Kayla Zarella, after SGA reached out about her unconstitutional election.

Zarella confirmed that she and Assistant Dean of Student Engagement Corey Zohlman met with Ray and that the election Ray held on her own was invalid.

Ray’s lack of guidance in her position has not changed the demand for leadership among members of the class of 2024.

“A lot of people who I don’t know, know me,” Ray explained. “I’ve had people reach out to me about questions that I usually can’t answer, but I try really hard to.”

Students have approached Ray with questions on how to find forms to get on-campus housing, how to access counseling; how to get involved with student organizations.

Ray says that even though she does not always know what’s going on, she’s good at “bridging that online gap,” between students and the University. But Ray says those efforts are just a quick fix to a larger problem: the lack of effort from Student Affairs to integrate the Class of 2024 into the larger Simmons community.

Ray described the class of 2024 as isolated, together.

“I don’t think everybody has somebody looking out for them. Honestly, I know they have their mentors and advisors, but those mentors and advisors have many, many other people to take care of,” said Ray. “We’re in a little bubble together, but our bubble is further away from Simmons than people seem to think it is.”

While Ray has connected with students in group chats and made a close group of friends, not every student has been able to escape the isolation and meet people. For the rest of the year, Ray wants to use her position to focus on helping students find each other and fill in the gaps that Simmons hasn’t through group chats and events.

Those gaps go beyond personal connections and stretch into the individual growth that Simmons promises to prospective students.

“I think that leadership is developing, but it’s in spite of Simmons’ guidance,” said Ray.

“I personally feel like Simmons expects us to know the little things. Like know how to get involved; know where to go, and who to talk to; know how to work the technology,” said Ray. She explained that if students can’t navigate the Simmons community on their own, they won’t be a part of it.

When Simmons does plan programming, Ray says it always involves a staff member and is a forced interaction.

In the spring, she hopes to host events that allow students to just “be 18 and swear and stuff.” In the absence of organic interactions in dorm lounges and Common Grounds lines, students seldom have the opportunity to start up a conversation that doesn’t have an outlined topic or purpose.

“I’ve already mourned my freshman year. I don’t think it’s super productive for me to feel bad about it,” said Ray. But, she still sees her role as improving the experiences of other students.

Ray’s disappointment in how Simmons has engaged with first-years has not completely soiled her view of the University. When Simmons announced that students would have election off from classes, Ray says it restored her hope for attending the type of school Simmons brands itself to be.

The moment was a mix of “joy, relief and definitely a rekindling of the hops that we had for what Simmons is,” said Ray. “It makes me proud to go to a school that recognizes the integrity and importance of voting and encourages that and their students.”

For Ray, it was a reminder of what Simmons values, but also a relief that she would get a day off to breathe.

“As cliche as it is and as hard as it may seem, sometimes we’ve got to just take a deep breath and realize that it is what it is and figure it out,” said Ray.

Ray will possibly have to continue to get creative in leading her class if the spring semester is online. But, that does not mean the continuous delay of living on campus isn’t disappointing.

“The sort of light at the end of the tunnel that I feel like we saw for maybe a week or two at the beginning of September is gone again,” said Ray. “That might partially be because we’re all trying to figure out how to write college essays and do college labs. And there’s a lot of other things going on.”

“I know for me, it feels like every time I’m close to the finish line, it jumps back. I think that probably goes for a lot of people.”