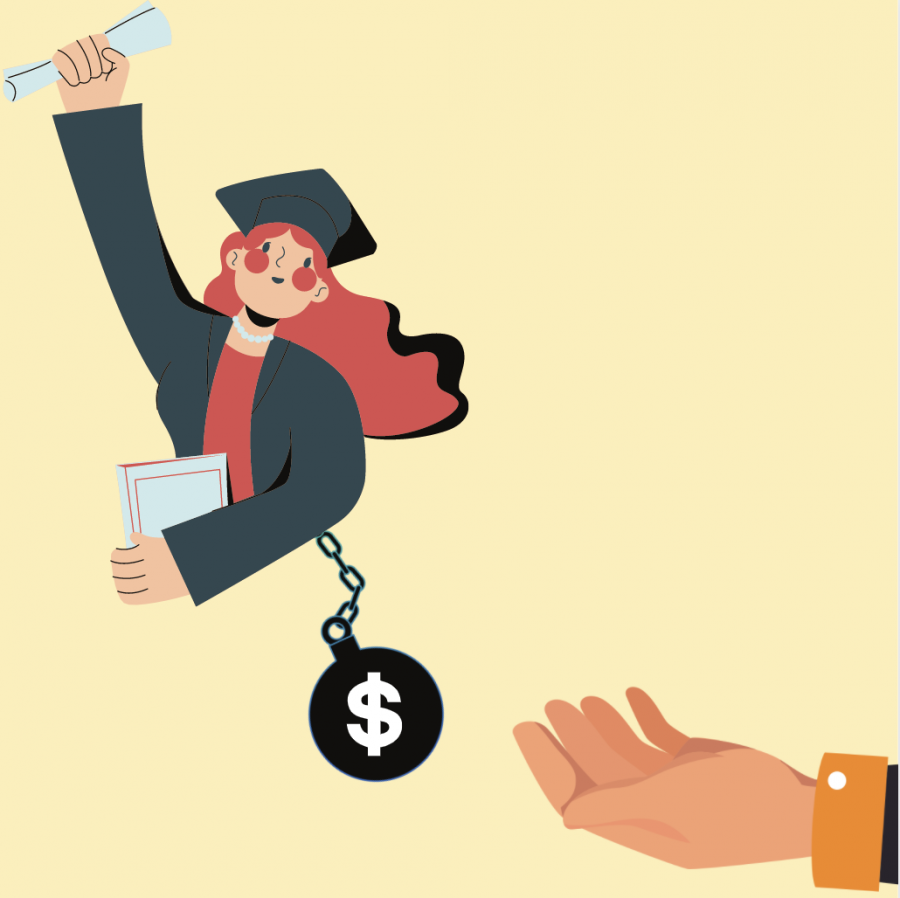 Six months have passed since the class of 2020 graduated from Simmons, meaning the time has come for many recent grads to start paying back their student loans.

Although the Department of Education suspended student loan debt payments as a part of the CARES Act in March, payments are currently expected to resume in January, according to POLITICO.  It’s unclear if the pause on repayments will be extended by the Trump or Biden administrations.

With a looming recession and no clear end of the pandemic in sight, some recent grads are concerned about their ability to pay back their loans.

Mackenzie Farkus, a Simmons alum and former editor-in-chief of The Voice, described how her student loans could impact many aspects of her life.

“I’m not sure how I’m going to be able to pay for my loans,” said Farkus. “I’m not being paid that much at my current job, which is only part time and it’s contracted.”

Farkus is living with her parents and wants to move out, but covering bills and incoming student loan payments makes that difficult.

Now that Farkus is getting ready to pay back her loans, she says she wishes Simmons did more to help her prepare for repayment.

Amy Staffier, the director of Student Financial Services, says her office has made strides since she started at Simmons in 2018 to improve students’ preparedness for repayment before they leave Simmons. Through a partnership with Inceptia, a nonprofit that provides assistance in understanding information, tools and resources on student loans, students receive letters about their loans twice a year.

In the future, Staffier says she would like to offer more in-person exit counseling to students before they graduate.

Although there are many tools and resources on student loans available online, Staffier says it’s easy to “navigate through stuff and not absorb it.”

Staffier says sometimes recent graduates have a looming fear of their loans and as a result they pull back instead of asking for help.

Instead of avoiding loan repayments, Staffier says grads should get familiar with their debt so they understand what types of repayment options they have. She recommends that they reach out to their lenders directly

If borrowers don’t make loan payments on time, there could be consequences for both the borrower and the University.

When a borrower is more than 270 days late in making a payment, they default on their loans. For the borrower, defaulting can ruin their credit score. Schools that have average default rates about 30% for three straight years are subject to losing eligibility for the Federal Direct Loan Program and/or the Federal Pell Grant Program.

The most recent federal loan default rate available for Simmons is from 2017 and is 2.00%, according to LendEdu. Simmons’ rate was below that of all other Colleges of the Fenway and some neighboring schools like Northeastern University and Emerson College.