Facing the Hard Truths: A Recap of the Second Annual Ifill Forum 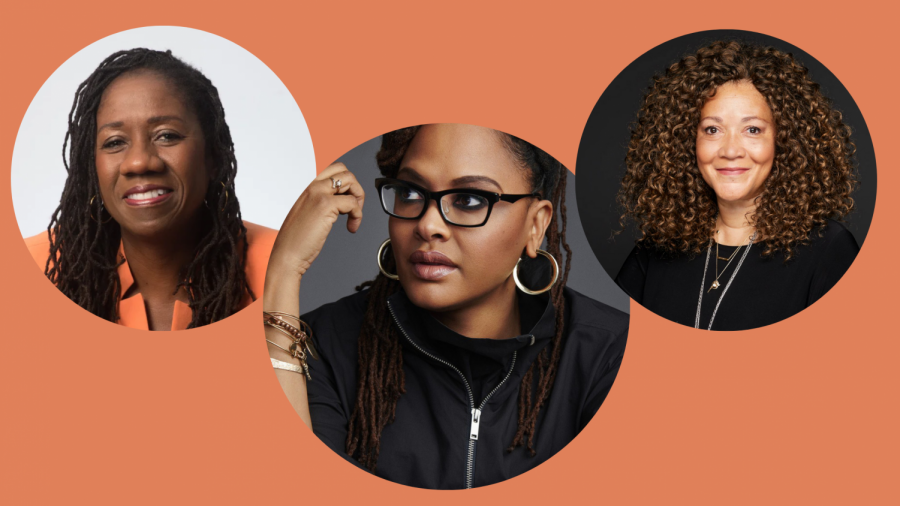 “Gwen would love this, she would adore this afternoon. She would love this sizzling Black girl magic on screen,” said Michele Norris, a friend of the late Gwen Ifill and a Washington Post columnist.

Norris moderated a conversation between Ava DuVernay, writer, producer, director and founder of ARRAY Now, and Sherrilyn Ifill, Gwen Ifill’s cousin and president and director-counsel of the NAACP Legal Defense and Educational Fund, Inc. The forum’s topic of discussion was “Facing the Hard Truths.”

The event began with remarks from Dean of the Gwen Ifill College of Media, Arts, and Humanities Brian Norman, followed shortly by PBS NewsHour White House correspondent Yamiche Alcindor presenting DuVernay with the 2020 Gwen Ifill Next Generation Award. Alcindor received the award in 2019.

While presenting the award, Alcindor reflected on the legacy of Ifill. She appeared to get choked up at one point when speaking about Ifill, who was her mentor and personal friend.

Congratulations to @ava, this year’s @SimmonsUniv Gwen Ifill Next Generation Award winner. It was an honor of a lifetime to present you w/ the award. You deserve all your flowers today and everyday.

And what a great conversation between @michele_norris, @Sifill_LDF, and @ava. https://t.co/b2opUH0l7v

“She built me up, she rewarded me, even when I felt like I didn’t deserve it,” said DuVernay while reflecting on Gwen Ifill. DuVernay knew Ifill both personally and professionally. She met Ifill at dinners hosted by Norris and Ifill interviewed DuVernay twice.

.@Ava reflects on an interview she did with Gwen Ifill after releasing “Selma” and receiving backlash.

“She told me that it would be okay and just to speak my truth.”

COVID-19, unity rhetoric, the racial reckoning, the safety of American democracy, DuVernay’s current projects and systemic racism were among the subjects covered during the conversation.

“All throughout this country, people are living on the edge, black people especially. And they’re right to be afraid because our government has essentially walked away,” said Sherrilyn Ifill on the impact of COVID-19 and the stories of Black Americans.

In speaking about storytelling, DuVernay revealed that the next season of her television show ‘Queen Sugar’ will focus on the events of 2020. She said the 10 episode season will include conversations on the deaths of George Floyd and Breonna Taylor, rising COVID cases, the election and unemployment.

“I hope that one day, years from now, it will serve as a time capsule for what it was like as a black family in this year,” said DuVernay.

The Ifill forum was held virtually over zoom due to the COVID-19 pandemic. According to Norman in his opening statements, 1500 people registered for the free, public event.

Abby Vervaeke contributed to this report.