Opinion: The case for court packing

"We can’t pretend that the Supreme Court is a non-partisan body, but we can make changes that dilute the power of individual judges, who may serve for several decades." 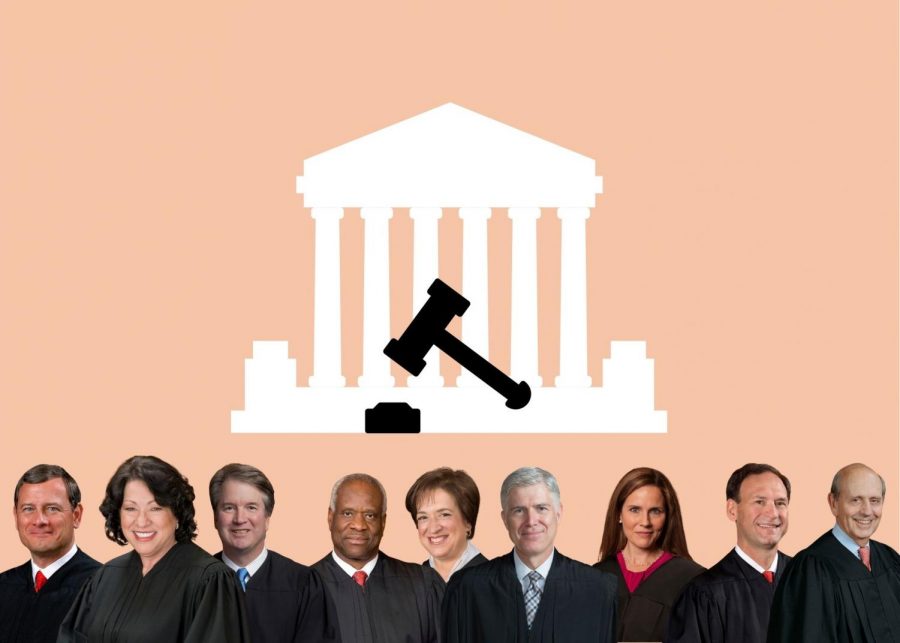 If you follow Ed Markey on Twitter, you’ve probably seen him recently advocating for court packing. The topic is controversial, even among Democrats (Ed reportedly caught some heat from the Biden campaign for his court packing tweets) and especially in an election year. In the wake of Amy Coney Barrett’s confirmation to the Supreme Court, this FDR era debate is resurfacing: Court expansion, also known as court packing.

Expansion of the Supreme Court is not a new conversation, but for the first time in decades, it has been thrust into the national spotlight as a hot button issue. The idea is commonly associated with Franklin Delano Roosevelt, whose constitutional battle to expand the court to fifteen justices in order to pass critical pieces of the New Deal ultimately failed.

So what is court packing, or court expansion?

Mitch McConnell set the precedent. No Supreme Court vacancies filled in an election year. If he violates it, when Democrats control the Senate in the next Congress, we must abolish the filibuster and expand the Supreme Court.

Some progressives and Democrats are advocating for expanding our current nine seat court to eleven or even fifteen seats. This can feel like a radical change, considering that the last expansion of the Supreme Court was in 1869, but court expansion at the state level occurs relatively often.

Right now, calls for an expansion of the Supreme Court are in response to the 6-3 conservative majority that now occupies the bench. Democrats in favor of expansion would intend to appoint new justices who would likely rule in line with liberal ideology, in order to rebalance the conservative skew. Republicans oppose expanding the Supreme Court, calling the idea “radical and undemocratic.” But in practice, Republican opposition to court packing is not so cut and dry.

Republican Arizona Governor Doug Ducey has been a vocal opponent of any plans to expand the Supreme Court, saying that “We shouldn’t be changing our institutions.” But in 2016, Ducey signed a bill expanding the Arizona Supreme Court to seven seats, up from the five previous seats, and as a result has appointed more judges than any other Arizona governor in history. Similar expansions recently passed in Georgia and efforts to expand state Supreme Courts in response to rulings like Obergefell v Hodges are not uncommon.

Democrats have been comparably inconsistent with their stances. There is no doubt that it is a deeply partisan issue, though political scholars believe that Republicans tend to “play constitutional hardball” and seek partisan gains more than Democrats. So how do we weigh the benefits of court expansion separately from possible partisan gains?

Realistically, I think that’s difficult to do. We like to think of our court system, especially the Supreme Court, as being non-partisan bodies that pass judgement uninfluenced by the president that appointed them, or their own ideologies, but as the two party divide deepens and we move further and further from any semblance of secularism, it is impractical to consider the Supreme Court to be unbiased.

One of the only checks in the creation of the Supreme Court intended to undermine partisanship is the lifetime appointment of judges. In theory, this is the constitution’s way of keeping judges impartial regardless of who appointed them. If they don’t need to worry about getting re-elected, they have no reason to make decisions based on party platforms.

Unfortunately, the authors of the constitution could not have predicted two things. First, that people would ever live as long as they do. Second, the two party system as it exists today. If people lived as long as they did in the 18th century, there would certainly be more turnover in justices. But now, a lifetime appointment means something very different than what the founding fathers intended––it means that a single party could hold the court for an entire generation.

The Supreme Court has been a partisan playing piece since its inception. Its significance to the power of parties is only made worse by the rigidity of lifetime appointments and a nine-justice bench. We can’t pretend that the Supreme Court is a non-partisan body, but we can make changes that dilute the power of individual judges, who may serve for several decades. Court expansion, ending lifetime appointments, restructuring the court to reflect the makeup of federal appellate courts, or establishing a cutoff age are all possible avenues. In the short run, court expansion may be the most practical option.

Critics who say that court packing is a clear partisan power grab are not wrong, but often fail to be equally critical of the deeply partisan nature of the Supreme Court. Once we can admit that the court is not as unbiased as we would like to think, we can begin to institute practical reforms.