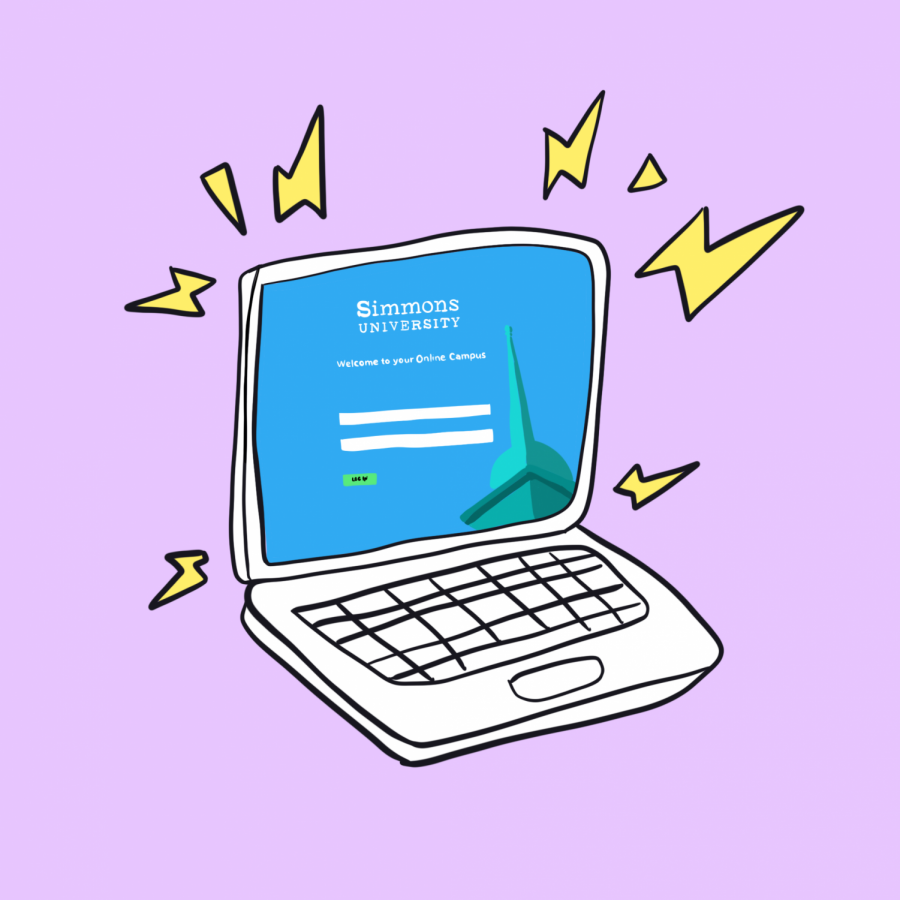 The class of 2024 is halfway through its first semester at Simmons, but due to COVID-19, first-year students have had a far-from-normal start to college.

Many members of the class of 2024 have never been to Simmons’ campuses before, according to Alica LaPolla, the assistant dean of first-year programs. The events that incoming students would typically use to make their college decision in the spring, like accepted students days, were held virtually because of the pandemic.

Despite the disruption of COVID-19, the admissions and student affairs teams have been working to integrate students into the community, according to LaPolla.

Virtual orientation sessions, the creation of hubs for each class with relevant resources called “shark sites,” and the hiring of 13 first-year mentors who regularly meet with students have all been efforts to create community among the class of 2024.

Even under normal circumstances, the class of 2024 would require different resources than first years in the past. According to LaPolla, 47% of the members of the Class of 2024 identify as first-generation college students, and 52% are ALANA (Asian, Latinx, African, and Native American) students.

“This is a big jump for Simmons,” said LaPolla. She explained that there are a set of transitional issues for first-generation students that have been the center of her work, like collaborating with admissions on “First to FINish,” Simmons’ first-gen support program.

LaPolla emphasized that it’s important for first-gen students and students of color to connect with other students, find community and see themselves reflected in the leadership and curriculum at Simmons.

Despite the jump in diversity that LaPolla explained, first-year student Ruthann Prescott’s biggest critique of Simmons was the lack of diversity.

Prescott said that the majority of students in her classes are from Massachusetts while she is from New York.

“When people are applying, they should go and reach out to other states,” said Prescott, who described Simmons as a “hidden gem.”

The class of 2024 comes from 26 states and 26 countries, according to the University.

As a whole, Prescott says she has felt supported by Simmons so far, especially by her professors and mentors.

Prescott took dual-enrollment courses in high school, so she says she’s familiar with the dynamic of college courses. She says she’s never seen faculty make time for their students the way her current professors do.

Aside from academics and programming for first-years, Prescott says she has accepted that she won’t have a typical first-semester experience.

When the class of 2024 arrives on campus for the first time, whether that be this spring or later, they will have to undergo an orientation again, according to LaPolla.

Prescott said she expects more orientation when she gets to Simmons for the first time, but stressed that it won’t be a typical college experience as long as the pandemic continues.