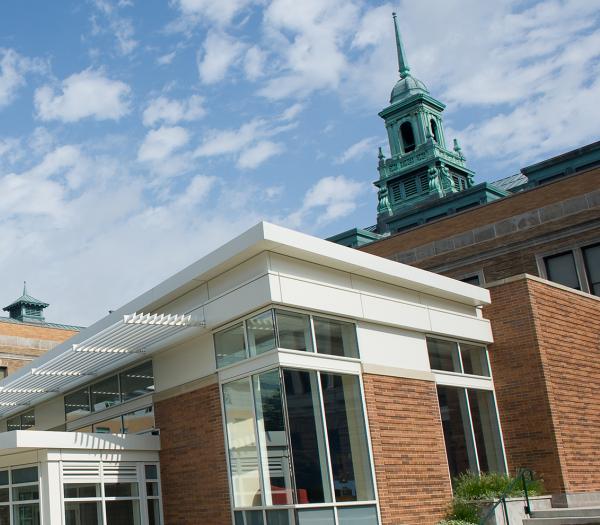 All Simmons-sponsored travel is cancelled for the 2020-2021 academic year because of the COVID-19 pandemic, according to Mary Struzska-Tyamayev, director of the Center for Global Education (CGE). CGE used the summer months to work on creating robust, virtual programs, said Struzska-Tyamayev.

Simmons included their announcement to suspend travel for the 2020-2021 academic year in their plan for the fall 2020 semester, which Simmons emailed to students in July, according to the director of CGE. Struzska-Tyamayev pushed to announce the cancellation early so students knew what to expect from CGE while planning for the upcoming semesters.

“It never became a reality to me that I could go,” said Kelly Cotton, a junior who originally planned to study in France for the spring 2021 semester. Cotton started to assume the worst after her Simmons-sponsored travel course for spring break was cancelled. The official answer from Simmons was the “nail in the coffin” for her.

CGE transitioned to virtual global experiences in the absence of travel. The application deadline for a virtual internship for both fall and spring semesters just passed, according to the director of CGE. There will be more internship opportunities in the future, including one that will likely  launch in November, said Struzska-Tyamayev

Katie Cole, a junior who originally planned to study in London for the spring 2021 semester, feels as though a virtual program can in no way mirror the experience of going abroad. “There are some experiences that you can’t transition into a virtual environment,” said Cole. “I really respect them for trying.”

Struzska-Tyamayev encourages students interested in study abroad to follow the CGE’s Instagram (@simmonscge) to stay updated on virtual workshops and internship opportunities. Big announcements about next year will be posted on the CGE website.