Do presidential debates matter? In my opinion: no

When I really consider why I choose to watch debates, I find that I’m more driven to the TV for the soap opera drama ––not for a hard boiled policy discussion. 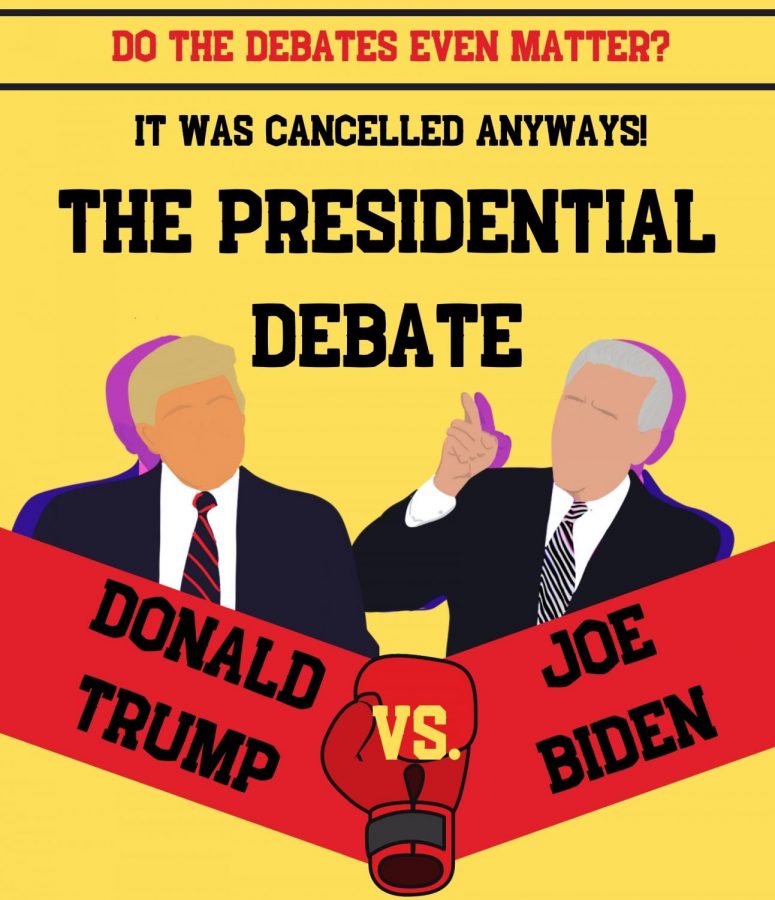 Debate commentary usually dominates news and social media conversations for days after debate night. The spectacle of a head to head, public, political showdown is undeniably enticing. But when I really consider why I choose to watch debates, I find that I’m more driven to the TV for the soap opera drama ––not for a hard boiled policy discussion.

Many of us turned on MSNBC for the previous debate because we were hoping to watch some kind of nationally televised social policy chokeslam by Biden. As much as I would have liked to see that, we need to stop expecting debates to be a platform for any kind of legitimate policy discussion.

The discourse I hear about “to watch or not to watch,” in liberal and left circles tends to revolve around individual responsibility. The idea that watching the debate is a civic duty that we, as voting Americans, are obligated to participate in for the sake of upholding our democracy.

But if we’re interested in supporting productive democratic discourse, it could make sense to turn the debate off altogether. The first debate of the general election cycle left viewers feeling more frustrated than informed, and neither candidate strayed from the campaign platforms that they have promoted since they began to run. If anything new is learned, it has more to do with the conduct of candidates than actual policy. So what responsibility to democracy do we fulfill when we watch candidates talk over each other for an hour and a half, without saying anything that we didn’t already know?

To break it down, I think first about the ways in which these debates are more detrimental to the democratic process than they are productive.

First, debates are not a reliable source of information.

Candidates are able to speak blatant falsities on stage and holding them accountable in the moment is difficult for their opponent and for the moderator. Objective fact-checking sources are becoming increasingly important, but also increasingly scrutinized. Since the beginning of the 2016 campaign the Trump administration has stuck to a consistent narrative regarding journalists and the press: that they cannot be trusted. His constant conspiracy accusations have led to a cultural shift in the way many Americans think about journalism. Even when presented with the most accurate, fact checked news, many people simply choose not to believe it. Freedom of the press is a bedrock principle of any democracy, and the intentional sowing of mistrust in journalists boils over on debate night. To me, the most frightening part of the debate was the blatant mistrust of objective fact-checking from viewers.

Even the Democratic primary debates fell short of substantial policy discussion. With more than 23 candidates in the running and at least 10 participating in every debate, it becomes more of a fight to get a soundbite concise and powerful enough to become a viral tweet. Far from an in-depth policy position.

The popular discourse that results from a presidential debate is generally centered around positions that have already been presented by the candidates. Especially in general elections when the candidate essentially runs on party policy positions. Certainly that was exacerbated during the first 2020 Presidential debate, where critical policy discussion took a back seat to discourse about candidate conduct and shocking actions.

In the first presidential debate, for example, President Trump encouraged the Proud Boys to “Stand back and stand by,” and refused to denounce white supremacy, making him the subject of (justified) public outrage. While his comments certainly reinforced evidence that Trump supports militant white supremacist groups, and rightly came under fire, this stance is not one that came out of left field.

Still, it is shocking to hear the president promote violence and racism on national television, and I don’t think that “well how can you be surprised” conversations are productive. Regardless of the precedent we’re aware of, it doesn’t make such comments less shocking or upsetting to hear, and we shouldn’t police the emotional reactions of viewers.

Regardless of what is said on the debate stage (and how true it is), 90 percent of voters say that they are already decided — so why do we act like they’re a make-or-break piece of democratic discourse?

It can be easy to long for debates of the past, for the “civility” of pre-Trump politics. But I think it’s important to consider how much of American political and electoral culture has changed since 2012. With politicians elevated to unprecedented icon status, (thanks to evolving media and a deep party divide) debates have become more theater than discourse, party regardless.

The solution doesn’t need to be particularly complex. Political culture will continue to evolve and change — as it should. Debate rules need to be adjusted regularly to fit the climate. Real-time, objective, fact-checking needs to be supported and promoted by both parties and televised debates as a tool of democracy need to be interrogated. If political institutions like the Commission on Presidential Debates, the Republican Party, Democrat Party, and the institution of electoral democracy itself want to remain relevant, they need to evolve too — and fast.