Simmons community reacts to the death of Ruth Bader Ginsburg 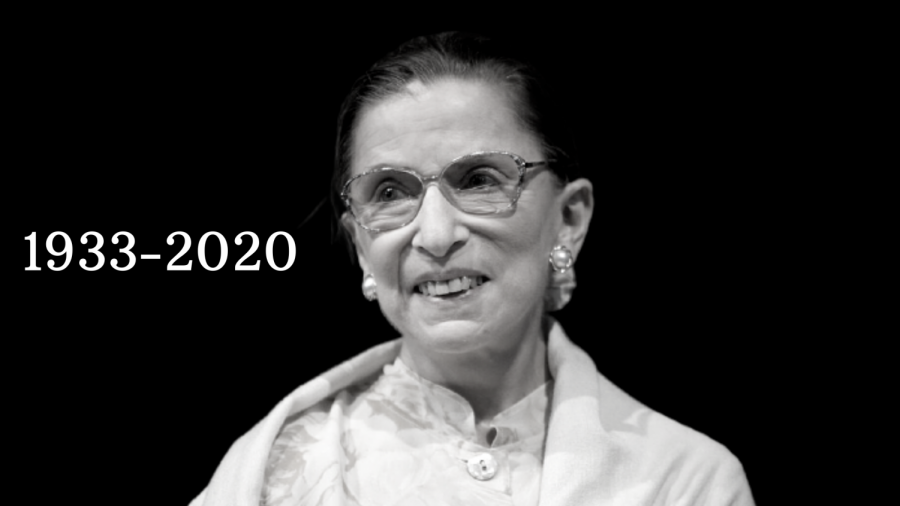 Supreme Court Justice Ruth Bader Ginsburg died Friday, September 18, according to NPR. Ginsburg was 87 at the time of her death.

“Honestly, this might be one of the most important legal figures in history,” said Leanne Doherty, chair of the Simmons political science and international relations department. Doherty spoke about Ginsburg’s legacy, noting she was the second woman to be appointed to the Supreme Court and was known as a champion for gender equality under the law.

Ginsburg had a long history of breaking glass ceilings. She was one of only nine women in a class of 500 students at Harvard Law. She was the first woman to be a  member of the Harvard Law Review. She was the first woman to earn tenure as a professor at Columbia University. During the 1970s, she directed the American Civil Liberty Union’s Women’s Rights Project where she successfully argued six cases before the Supreme Court.

After being appointed to the Supreme Court by former President Bill Clinton, she continued to fight for equal rights while serving as a justice. “Every important decision that had to deal with an under-represented group involved her,” said Doherty.

Julianna Fernandez, a fourth-year political science and international relations student, said she was feeling “a little bit depressed,” after learning of Ginsburg’s death. Fernandez said she looked up to Ginsburg as a trailblazer and feminist symbol. “I feel like people can’t mourn her because they’re worried about the political implications of her death,” added Fernandez.

Ginsburg’s death leaves her seat open in the Supreme Court, just 46 days before  the presidential election. With an October recess on the horizon for Congress, there is a short amount of time available for the confirmation of a new justice to take place.

“I think there’s a lot of concern and worry in marginalized communities about who will fill her seat,” said Fernandez.

Less than an hour and a half after Ginsburg’s death was announced, Senate Majority Leader Mitch McConnell released a statement promising that the Senate would vote on Trump’s nominee.

“To predict anything right now is fools-gold,” said Doherty, in response to questions on whether she thinks the Senate will fill Ginsburg’s seat with a Trump nominee.

A flurry of factors that have made this year hard to forecast for political scientists, especially the COVID-19 pandemic, according to Doherty. Doherty says she knows that both parties will fight hard for this seat, but hopes that Ginsburg’s legacy of changing the course of women’s rights in the United States will not be overshadowed by the nomination process.